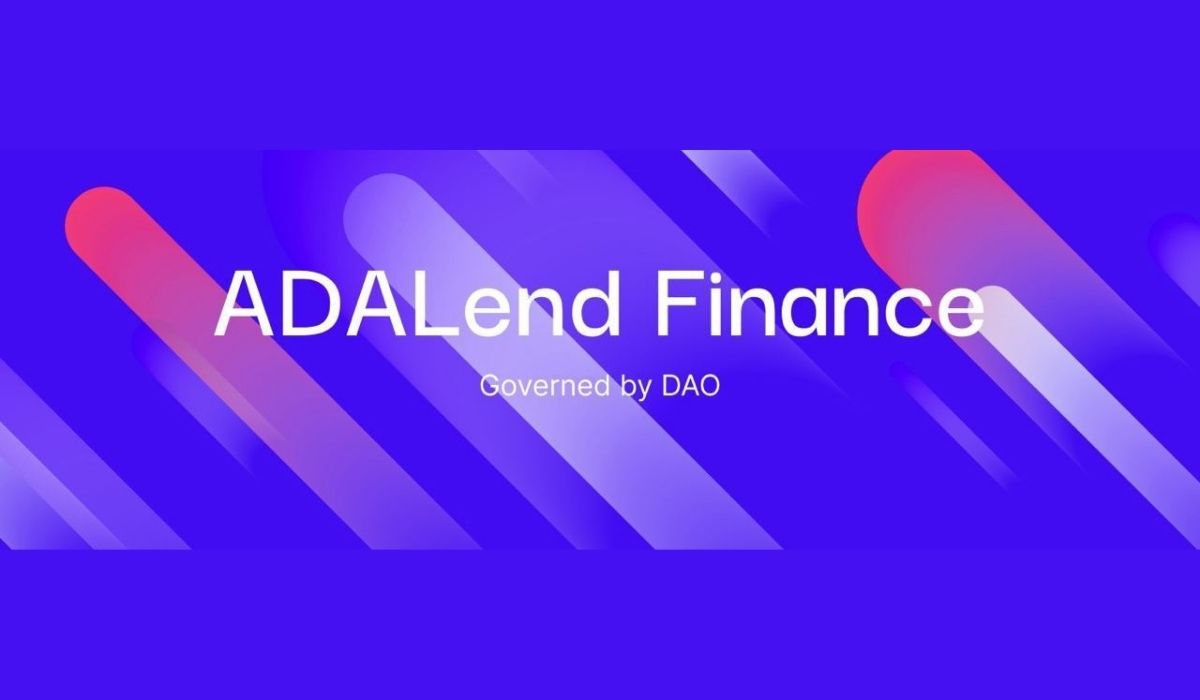 ADALend, native decentralized finance (DeFi) protocol on Cardano, is building a scalable and decentralized lending protocol that will be governed by the community.

ADALend chooses Cardano because the protocol has set itself as a market leader in PoS. Cardano was built as a collection of protocols that offer economic support to billions of users.

“We believe Cardano will mature to be the Layer 1 platform of choice as developers and investors recognize the network’s potential to challenge the embedded status quo of monopolistic power structures within the world of crypto… Since the Cardano project is under the administration of a non-profit foundation and offers many advanced functionalities, we project that most future blockchain and crypto projects will look to Cardano as the better option against its competitors.”

The ADALend protocol was created to power the new wave of flexible financial markets. This will be done by providing a foundational layer for automated collateral, instant loan approval, trustless custody, and liquidity.

ADALend has many unique features, including an ecosystem foundation layer that attracts assets and builds incentives for the community. The protocol is also permissionless, ensuring the best offer are available while only using the safest oracles in the industry.

In addition, ADALend will offer incentivized liquidity to allow users to get rewards while at the same time ensuring there are enough assets in each pool to facilitate lending. The lending pool will have various functionalities, including but not limited to deposits, borrowing, liquidation, repay and redeem.  The protocol will also allow for the transfer of ownership of lending positions to other users.  These assets will notably be different depending on the pool. Notably, the ADALend protocol will provide two kinds of interest rates- stable and variable rates.

In addition, ADALend, highly focused on the community, will allow participation and governance through voting processes. Token holders will be allowed to establish consensus by voting on various proposals.

Notably, ADALend has gained a lot of traction among investors. During its seed round, the protocol sold out within 1 hour. ADALend is currently holding its private sales allowing investors to take part in the latest generation lending protocol.