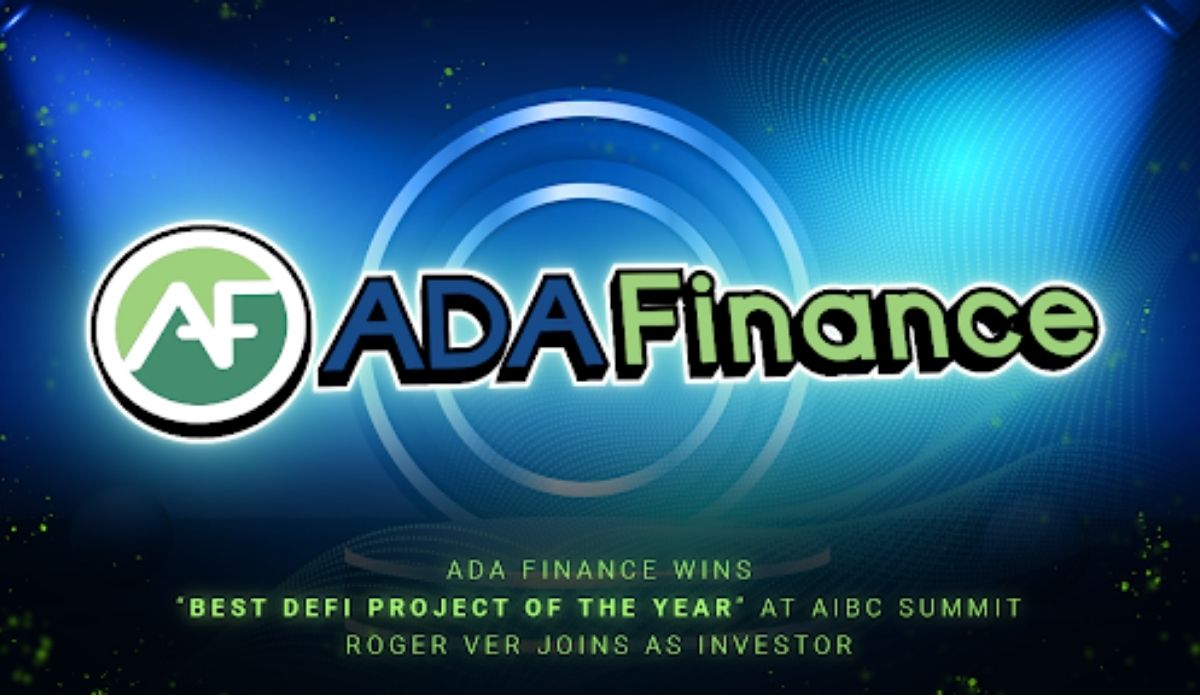 ADA Finance, a cross-dual DeFi ecosystem powered by Cardano and Avalanche, won the ‘Best DeFi Project of the Year’ at the AIBC Summit 2021 in Malta.

As per the announcement, ADA Finance won the title on November 16, 2021, which coincided with Roger Ver, an early Bitcoin investor joining the ADA Finance team. Winning the “Best DeFi Project of The Year” award has set ADA Finance from many projects in the blockchain community. Notably, the title is one of the industry’s most coveted prizes. This is the first time a Cardano-based project is winning, beating other highly reverted projects such as Safemoon and ABEY Foundation.

The AIBC Summit 2021 is a premier event for blockchain, Artificial Intelligence (AI), and other emerging technologies. Different projects have gotten the privilege to win the award in the previous year, including MakerDao and SingularityDAO, an AI-powered DeFi portfolio.

In the last few months, ADA Finance has made tremendous milestones that have caught the attention of many within the Blockchain community, including Roger Ver, popularly known as “Bitcoin Jesus.” Ver was among the early people who invested in Bitcoin in its early stages in 2011. Since then, he has ventured into various projects, including being the previous CEO of Bitcoin.com, investing in Ripple (XRP), ShapeShift, Kraken, and Bitpay. In addition, ADA Finance has also landed other A-list influencers, including Carl “The Moon” a YouTube sensation, Crypto Banter, and MMCrypto.

ADA Finance recently became the first project on Cardano to release its code on a public repository. The code was released under the General Public License (GNU), allowing people to fork it as long as they make their staking code public.

The project also recently announced an Academy program in collaboration with Bitdegree. This program is interested in building awareness for the Cardano Blockchain development by creating talent and fully certified smart contract developers for the ecosystem. The Academy also seeks to help foster further involvement from the larger coding community while at the same time building a solid and sustainable ecosystem. These recent developments come at the right time as the project is currently preparing to hold its initial DEX offering (IDO) in mid-December 2021.