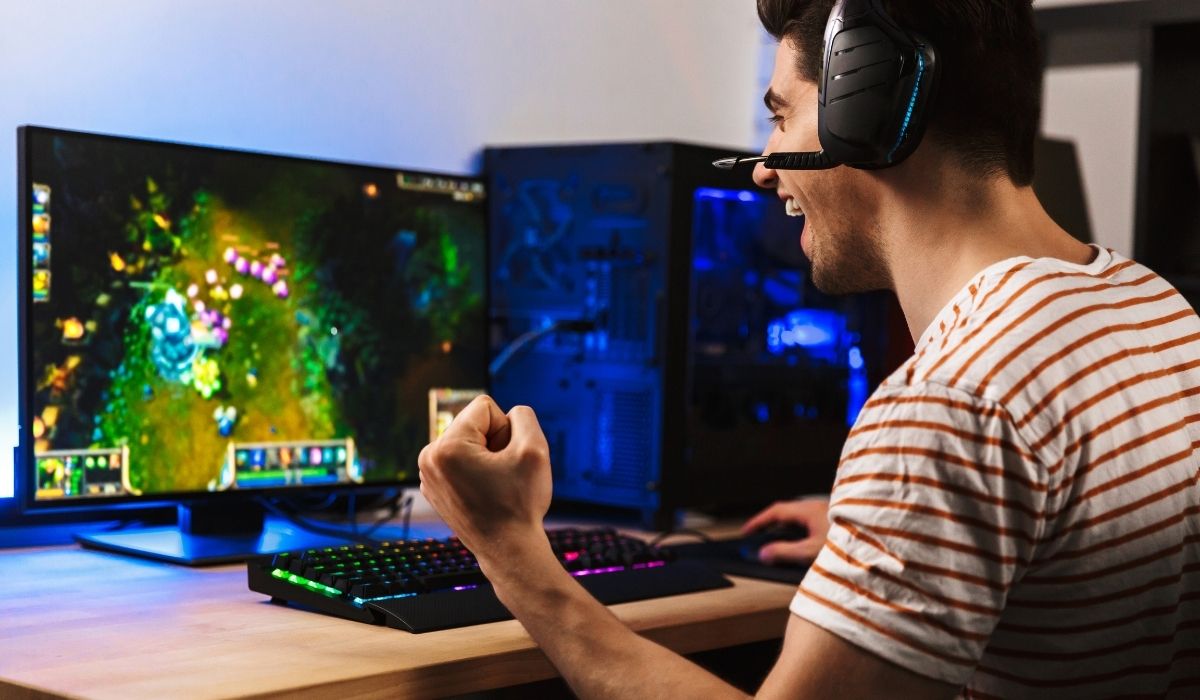 Since 2016, several industries have been elevated and innovated as a result of the impact of decentralized technology. The global gaming industry is no exception as blockchain tech is altering how gamers play games, how they conduct microtransactions, and how they gain ownership of in-game assets. Players can now use the “play-to-earn” model to convert gameplay and in-game assets to real money by completing tasks and missions thanks to the integration of NFTs and DeFi.

The GameFi industry is expected to boost the global gaming industry greatly, a market that is expected to grow from $173 billion in 2020 to over $314 billion by 2026. Although GameFi projects are still in their early stages, early adopters are reaping huge benefits as the rewards are unlike anything you could earn in mainstream gaming of years past. The collective market cap of gaming companies has grown from $14 billion in early September to over $37 billion at the time of this article.  There appears to be no doubt that 2022 will be a significant year for GameFi’s sector explosive growth. This article will look at four GameFi projects that are well-positioned to be the next “big thing” in the crypto gaming industry next year.

Star Atlas is a ‘play-to-earn’ gaming metaverse set in 2620, with various factions and groups fighting for territorial, political, and financial power. Players compete against players from other factions for resources and the ability to influence the outcomes of power plays and battles while also earning real-life rewards for their efforts. By combining blockchain fundamentals with traditional game user experience and game mechanics, the Star Atlas metaverse aims to provide a fantastic gaming experience.

One feature that distinguishes Star Atlas from the competition is that the gaming metaverse is VR-enabled, allowing users to have an immersive experience while playing the game. Furthermore, the game’s design and mechanics are innovative and one-of-a-kind, providing players with a futuristic gaming experience. The game’s in-game currencies, ATLAS and POLIS, facilitate ecosystem activities.

Players are rewarded with these in-game currencies, among other things, when they complete a specific task or mode in the Star Atlas gaming world. The success of some ‘play-to-earn’ games in 2021 paved the way for incorporating NFTs and other real-life rewards in games. Therefore, it appears natural that next year will see significant advancements in gaming models and mechanics. With its unique gaming experience and mechanics, Star Atlas has the financial backing and scalability potential to be one of the fastest-growing metaverses in 2022.

CryptoBlades is a blockchain ‘role-playing’ game in which users fight for real-life rewards. The gaming ecosystem is based on the Binance smart chain and allows users to adopt different characters, equip new weapons, and obtain tools that will help them perform better in the game.

After defeating their opponents, the players earn the ecosystem’s token, SKILL tokens. Players can exchange these SKILL tokens for new characters, weapons, or money in an open market. The CryptoBlades platform employs a system that allows users to control their in-game assets while also granting them the exclusive right to trade or sell them.

Furthermore, the CryptoBlades gaming ecosystem’s willingness to grow and evolve has helped it distinguish itself from the competition. As a result, CryptoBlades will almost certainly add more features, allowing the platform to grow faster and become highly profitable in 2022.

Squidanomics is one of the cutting-edge “play-to-earn” gaming ecosystems pushing the GameFi industry forward by combining entertainment and real earning potential. The token and game design for this project was inspired by the fan-favorite Netflix series ‘Squid Game’.

Built on the Binance Smart Chain, Squidanomics is setting a new standard for blockchain gaming by allowing all holders, who simply own Squidanomics tokens, to receive the Binance stable coin (BUSD) rewards automatically on all buy and sell transactions. In fact, over $550,000 of BUSD was paid out to $SQUID token holders in its first month since launch. Squidanomics combines gaming, NFTs, and passive income along with innovative “hold-to-earn”, “hold-to-play” and “play-to-earn” game mechanics.

The project launched with two games and received high accolades, reaching over $20 million market cap within its first 3 weeks of launch with an initial market cap of under $100,000. Upon launch, two web-enabled games were released. A 2D shooter game in and an addictive 3D knife game, with mobile app versions coming soon. The game modeling was created in such a way that holding SQUID tokens allows users to earn more through higher % of bonus prizes and increased rewards from SQUID transactions. The Squidanomics community earns a 5% BUSD reward on transactions with low transaction fees. In addition, the team has ongoing tournaments for its Telegram community members that earn real BUSD rewards. The project’s strong roadmap coupled with its ability to overcome the FUD fuelled by a scam project of a similar name, Squid Game tokens, position Squidanomics as a solid and innovative GameFi project with a strong community poised to grow exponentially in 2022.

Axie Infinity is a PvP (player vs. player) and PvE (player vs. environment) combat game where players can obtain, breed, and trade Axies, native in-game creatures.  Launched in March of 2018, Axie Infinity today has over 250,000 daily active players. Axies are NFTs that can also be exchanged for real-life rewards. Over 90,000 ETH has traded hands in the games in-house marketplace to date. A new player must first purchase three Axies before they can begin playing the game. The game is based on the Ethereum blockchain and has a high entry barrier. Despite its high entry barrier, Axie Infinity is the most popular GameFi project currently, with a revenue topping $781.6 million in the third quarter of 2021 alone while holding the #1 rank for Ethereum games by daily, weekly, and monthly active users. The Axie gaming ecosystem aided in developing the innovative ‘play-to-earn’ model, which gave birth to other GameFi projects. The year 2022 will almost certainly be a watershed moment in the development and evolution of Axie Infinity as it brings on more players, partners, and gameplay.

The Future of Gaming is Here

The year 2021 served as a “formative” year for the GameFi ecosystems, with many improvements in-game mechanisms and models visible in new GameFi projects released in the third and fourth quarters. The game mechanics and overall gaming experience will improve in order for the sector to continue growing and evolving. These GameFi projects appear to be fully prepared to seize 2022 by the horns and propel the global gaming industry forward.

As always, you should conduct your own research and reach your own conclusions.