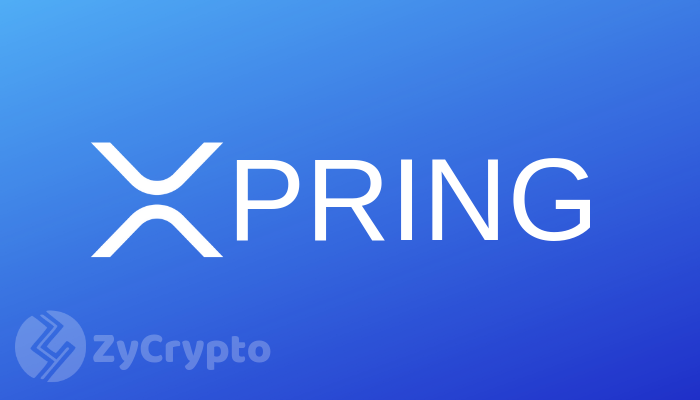 In recent times, there has been high concentration on the effect that xCurrent and xRapid will bring to the world banking system and mode of online payments. This two products by Ripple have actually increased XRP adoption.
However, one of the products that could have more effects on Rapid adoption of XRP which was launched in May to promote entrepreneurs and also use XRP in their startups is Xpring.
Ripple’s senior vice president of Xpring Ethan Beard at the PreMoney crypto conference in San Francisco gave explanations on how Xpring could increase XRP adoption in its ecosystem.
Ethan Beard said that:

“With Xpring, we’re focused on the broader XRP ecosystem.Ripple, as a company, focuses on the Internet of Value – helping money move as easily as data. Our core business being ‘helping banks move money – mainly across border’ and we’ve got great momentum there.
At the same time, we think XRP and the XRP Ledger has a lot of use cases above and beyond what’s going on in the banking world. And so, with Xpring, we’re actually looking to identify, amplify, and help those projects take off and get off the board.”

“As a major contributor to the XRP Ledger codebase and large holder of XRP, we often hear from entrepreneurs and developers that they’d like support in one form or another to help them with their XRP-related projects. As one of the few blockchain companies with traction for a non-speculative use case, we feel we’re uniquely positioned to support entrepreneurs in a meaningful way.”

More successful projects have emerged since the launch of Xpring and has attracted interests in gaming, real estate, governance, trade and finance, identity investment, some of which are:
SB Projects and micropayments application Coil which helps artists to receive XRP token for their monetized content and also allows content creators to receive XRP donations from internet users. Others are Omni, A Marketplace that is currently merging XRP as a Currency On its platform and blockchain Capital.