Bitcoin prices have been swaying for a while and this hasn’t helped anyone in the Crypto Space.

However, with Bitcoin prices hovering around $10,000, the big issue at hand is at what price will things start to pick up?

An Unusual Scenario at Play

The current situation on the ground has seen Bitcoin go above and below the $10,000 price level for about a whole month now. 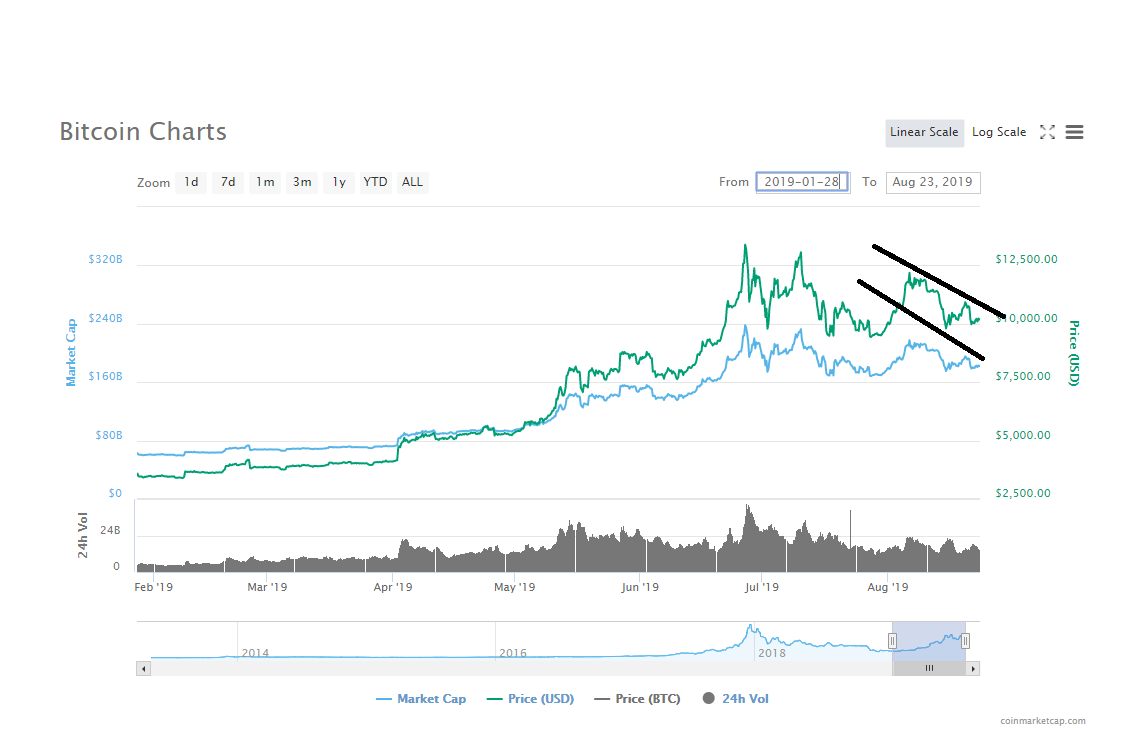 This isn’t due to technical factors, but due to certain international geopolitical and trade issues.

We already know about the American government’s anti-crypto stance.

The suspicious approach that the Donald Trump administration has taken towards the crypto space has created an atmosphere of uncertainty for those who would want to dip their toes in.

This became obvious during the Libra hearing sessions with US lawmakers.

And the American government isn’t backing down on cryptocurrencies as a whole anytime soon.

The trade issues between the United States and China is also wrecking Bitcoin prices.

The Chinese who are known to be somewhat pro-crypto have been on the receiving end of the big stick tariffs which the Americans have been wielding quite effectively.

The Chinese have started to hit back by devaluing their currency using a lot of tools which the Americans don’t have at their disposal.

This will be good for cryptocurrencies as a rebound of the Chinese economic indices correlates very well with higher Bitcoin prices.

London is the World’s financial capital. The UK’s exit from Europe is going to be great for both the UK and Bitcoin!

Once Brexit is successful, Bitcoin prices will rebound!

So,  the current market malaise is strictly emotional!