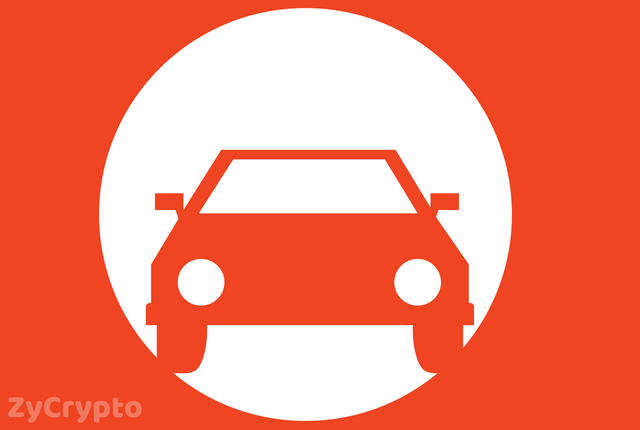 Recent research goes on to conclude that mass adoption of Bitcoin is not far away. Moreover, a report confirms that 16% of the companies have Blockchain-powered tools and 22% are developing them. At the same time, the prediction concerning the growth of Blockchain-centered products and services by researchers at Markets and Markets has taken the previous estimate up by $242 million. Their current estimate sees the growth strike the $7.7 billion mark.

Cryptocurrency and the automotive industry

This vehicle technological advancement is in perfect harmony with what the customers of the industry want. A survey confirms that 67% of the US consumers welcome advanced vehicle technologies, particularly, the ones that can improve safety.

Ventures like The AutoBlock are doing just that by facilitating car trade using auto coins anywhere in the world. The initiative stands out as the use of cryptocurrency promotes transparency and minimizes operational costs of the auto trade.

One of the latest initiatives is The Mobility Open Blockchain Initiative (MOBI). It aims to accelerate the Blockchain adoption to ensure that the automotive industry is on the same page as other industries. It seeks to encourage the development and growth of Blockchain-related initiatives such as ride-sharing and autonomous payments.

Four of the world’s largest automakers have also joined its ranks. These include Ford, BMW, General Motors, and Renault. The CEO and founder of BKCM, a digital asset investment firm, Brian Kelly gave his nod to the efforts of MOBI. He opined, “This is a tectonic shift in the tech landscape, that has the potential to disrupt the growth plans of legacy tech into the auto.”

Another platform, Bitcar is also working to contribute its share in the development of automotive cryptocurrency. It allows investors to own a fraction of the luxury car in exchange for Bitcoin tokens.

Similarly, the automotive industry is working to create an interconnected network of vehicles where businesses and individuals can track, and diagnose issues related to cars. Such systems adopt cryptocurrency as the primary payment mode.

The automotive industry is also harnessing the potential of Blockchain to develop a mobile payment system or an e-wallet. To this end, IBM has joined forces with ZF Friedrichshafen and UBS to work on making the Blockchain-based wallet. The chief motives are to provide driverless vehicles a means to process payments, track digital operators, and allow convenient and secure payment solution.

The future of automotive cryptocurrencies

Keeping the present developments and cryptocurrency-related initiatives at the forefront, it can be said that the future is promising. In this context, some key factors that can be derived include:

Not only is automotive cryptocurrency here to stay but it is here to grow. Reports show that the employment of blockchain technologies in vehicles will reduce the big data security concerns while providing seamless authentication process.

Smart technology comes with its catch such as the swollen need for secure and private systems in the smart automobile market. Blockchain tech is anticipated to support the digitalization of the industry. In the coming future, it will also be able to sustain the growth of pushing over-the-air updates.

The features that have pushed the popularity of automotive cryptocurrency are transparency and reduced operational costs. These characteristics are likely to shift the transaction mode to cryptocurrency which will follow a flat-crypto exchange rate.

All in all, cryptocurrency has been riding the crest of its growth curve. According to CoinDesk, cryptocurrency jumped higher than 1300% before losing about half of its value in the first quarter of 2018. Despite that, the second quarter of the year has opened on a sound footing. Multiple industries are acknowledging Bitcoin and reaping its beneficial features.

The same stands true for the automotive industry where many ventures have already sprung up. The growth rate of Bitcoin and initiatives being taken in the industry indicate that the future of automotive cryptocurrency is bright.