Earlier, we reported that Tether would be launching on the Tron blockchain. Although at the time, Tron’s TRX didn’t seem to react to it, hours later and it is finally doing so. The market has been struck by a new wave of green and among the best performing at the time of press is Tron. This is likely owed to the fact that it is one of the few projects enjoying a positive development right now. 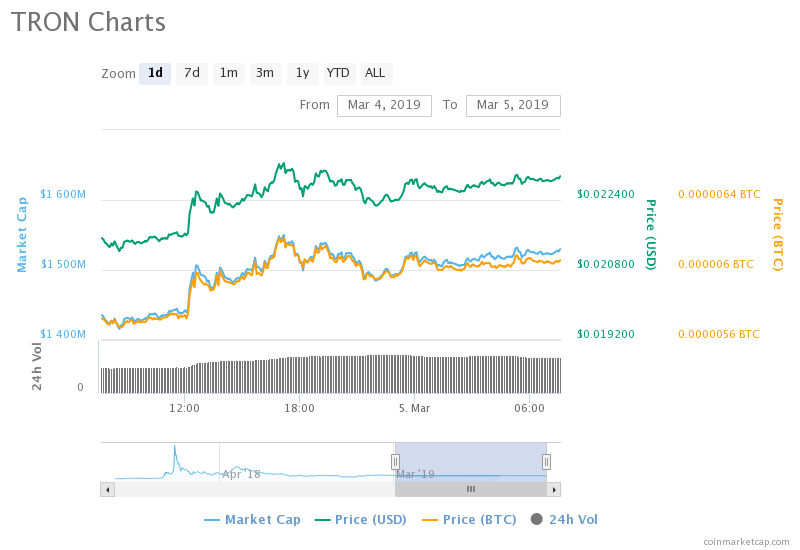 At first, it looked like Tron had failed to react positively to the partnership due to the controversial nature of Tether. In the past, the stable coin has been accused of manipulating Bitcoin prices and lying of having the backing of its coin in form of dollars in reserve. Despite all the controversy, the stable coin has remained a key player in the industry and continues to be a top ten ranking coin.

Over the last couple of months, Tron has gone into partnership with several projects and gone through several major developments. However, as we reported, for several of these or even on a general outlook, TRX has failed to react. For this, several investors have grown weary of the token and are opting to wait before holding a huge amount of the asset. 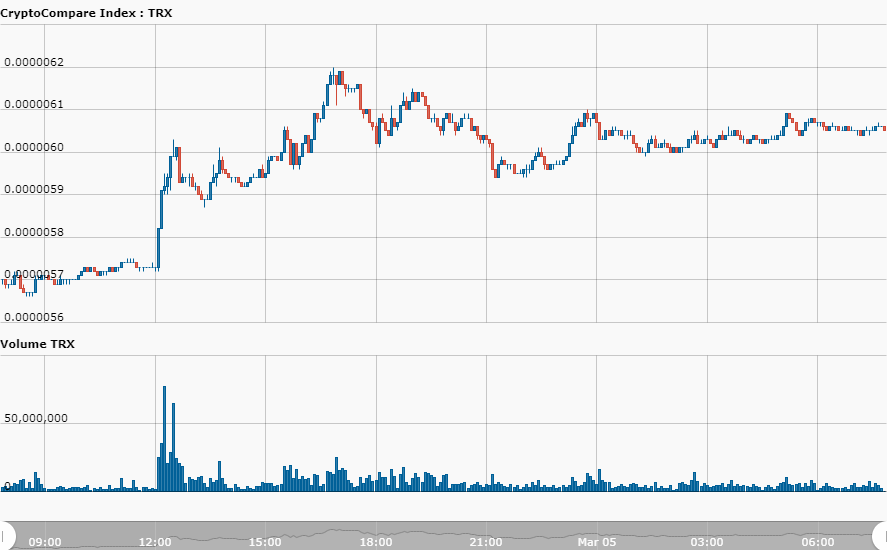 Now, Tron is trading for around $0.022. The bulls target over the coming hours is $0.023 but the more coveted position is at $0.024. The $0.024 position will see holders recover the late weekend and early week losses and possibly set a more bullish outlook for the coming days.

The new wave of green is much welcome following the earlier market plunge. Although most coins are recording gains from under 1% to around 5%, the slow and steady comeback will go a long way to seeing the market make a recovery. At the time of press, the total market cap has been able to drag itself to just over $128 billion. The next couple of hours will be crucial with all eyes on BTC on whether it can get itself back above $3,800.