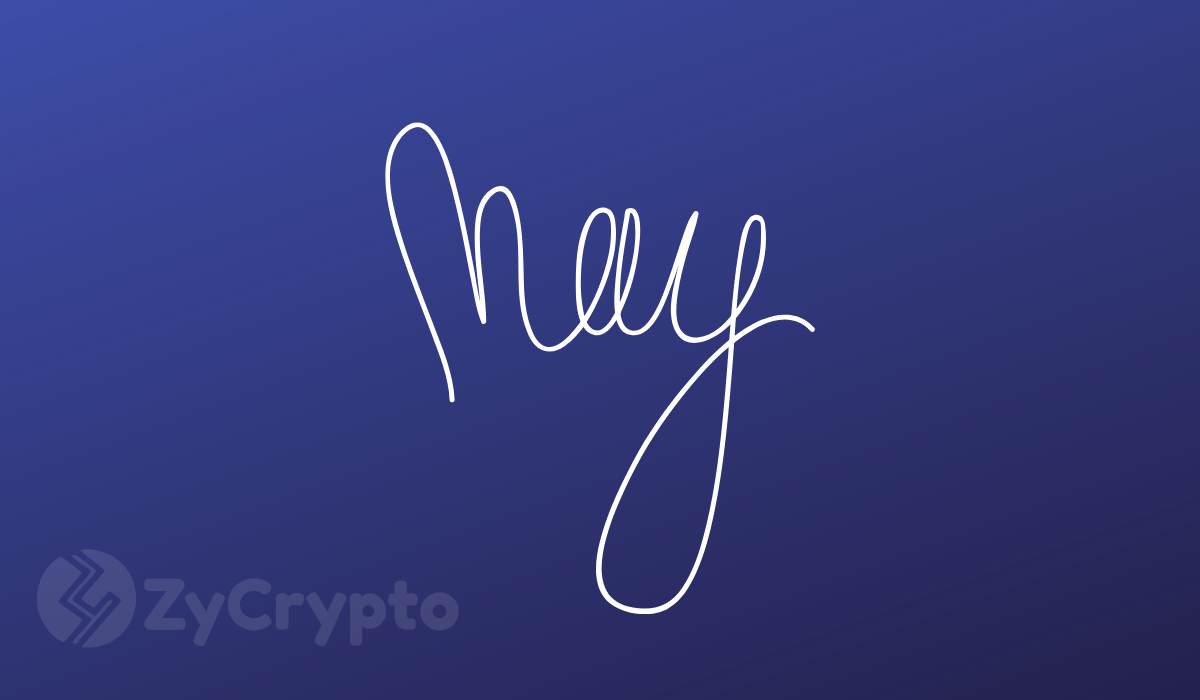 The cryptocurrency world is looking forward to May after most digital assets showed a bullish run with formidable gains in April. Going into May, some cryptocurrencies are set to grow further due to continued development and investment from reputable firms. Here are the five cryptocurrencies set to make headlines in May.

Cardano is ranked at the 10th position and trading at $0.067 by press time. In April, ADA was among major currencies that dropped. The asset declined by 13.76%. Despite the drop, ADA is projected to displace Stellar’s XLM in the ninth position. Cardano’s current market cap is at $1.7b while XLM hold a cap of $1.8b.

In May, Cardano is a cryptocurrency to watch out for based on current network developments. The completion of Cardano 1.5 now sets the stage for a shift from Byron to Shelley network. These developments will improve the entire system as it will ensure the Cardano network is fully decentralized.

Cosmos is the latest entrant into top 15 cryptocurrencies. ATOM the native crypto for Cosmos price got a boost after it was listed on the Binance cryptocurrency exchange. The rise of ATOM surprised many as it occurred within a short period of time.  By the time of writing this article, ATOM was trading at $4.78 with a market capitalization of over $900 million.

What should investors expect from ATOM within May? According to ATOM team, their main focus is on making the network better but not improving the price. The asset’s goal is to come up with a protocol for various cryptocurrencies operating on different blockchain to communicate. With a focus on development and support from Binance, ATOM should have a good month.

By press time, Ravencoin was ranked at position 42 with a market capitalization of $170 million. The asset is currently trading in the $0.048 price level. Ravencoin has been making headlines in the cryptocurrency sector thanks to its meteoric growth. Towards the end of April, Ravencoin was listed on CoinAll, a rising cryptocurrency exchange. The exchange even rolled out the promotion of 15-day fee-free RVN trading.

The crypto was designed to easily transfer assets from one party to another. This is the only role played by RVN and we expect to see more attention going towards this cryptocurrency.

At the beginning of 2019, IOTA grabbed the attention of cryptocurrency enthusiasts. By press time it was trading at $0.29 with a market capitalization of $816 million.

Going into May, it will be interesting to see how IOTA performs based on the fact the asset is attracting attention from the Internet of Things firms. Reports indicate that over 600 firms have shown interest in working with IOTA most specifically in the automobile sector. Already, IOTA has partnered with Jaguar, The deal sparked a bullish run for the digital asset, more growth, and positive use cases are expected to be replicated with upcoming peremptory partnerships.

Bitcoin is currently riding high with a bullish run. Following the prolonged bear market, Bitcoin has recovered surging upwards by almost half from the low price of $3,150 recorded in 2019. By the time of writing, Bitcoin was trading at $5,764.

Experts believe that the upward trend has been fueled by technical factors. Bitcoin has witnessed an increase in the number of transactions. In April, Bitcoin’s blockchain transaction increased to hit a new high within 10 months. Additionally, Bitcoin’s surge can be traced to interest from institutional investors.

The maiden cryptocurrency is showing more appeal to institutions and this trend is expected to continue in May. Research by Fidelity Digital Asset indicated the crypto market will have an increased number of institutional investors with Bitcoin taking the lead.