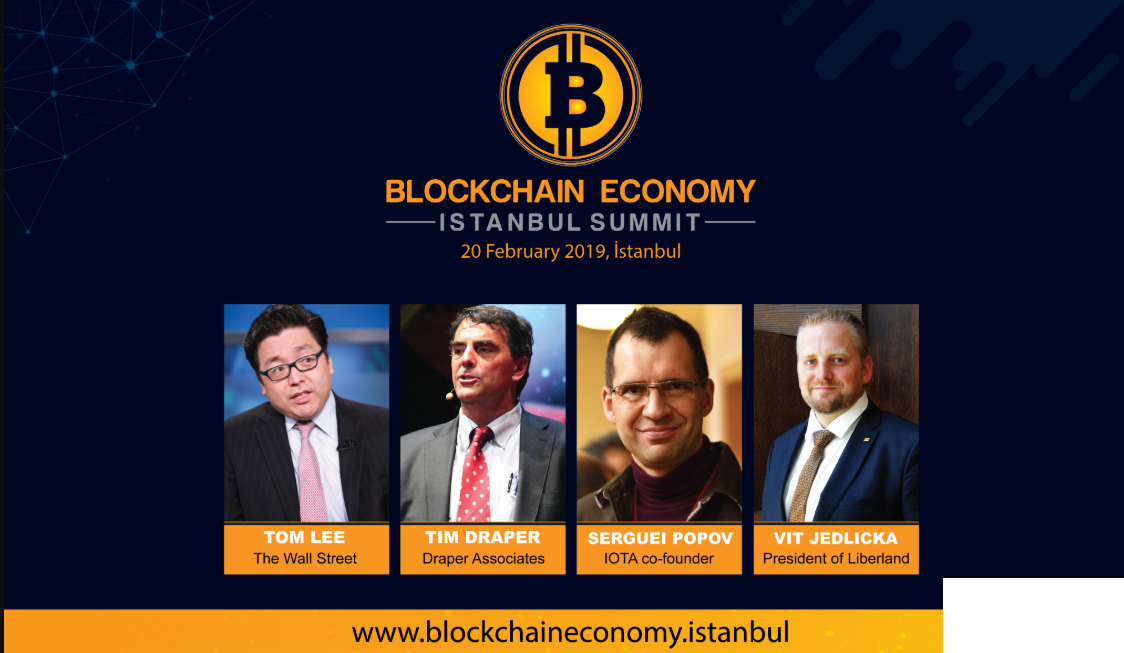 The IOTA co-founder Serguei POPOV was also recently added to the list of famous international speakers attending the Blockchain Economy Istanbul Summit that will be held at the Haliç Congress Center on February the 20th, 2019, Istanbul, Turkey.

Being a professor of mathematics, Serguei POPOV is  the co-founder of IOTA as well, which is one of the important projects in the field of Cryptocurrency and Blockchain technology. As a consulter of the projects like AdHive, Cartesi, KIRIK and SteX, he became interested in cryptocurrencies in 2013. Popov had a great role in the establishment of IOTA in 2015 together with David Sønstebø, Sergey Ivancheglo and Dominik Schiener.

The famous billionaire Tim DRAPER, The Wall Street Analyst Tom LEE, the President of the  Free Republic of Liberland Vit JEDLICKA, Malta’s consultant on Blockchain Cal EVANS are all taking important part as one of the keynote speakers at the the largest Blockchain and Cryptocurrency Conference of the Region “Blockchain Economy Istanbul Summit together with Serguei POPOV.

Book your ticket now for the 20th February of 2019, taking place at the  Haliç Congress Center of Istanbul!