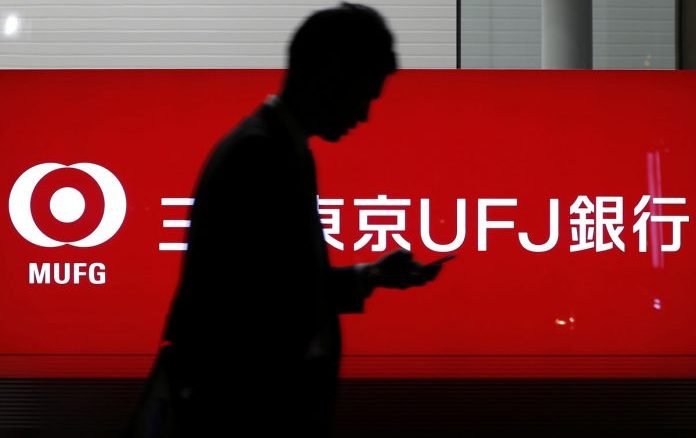 Could this be why financial institutions go against cryptocurrencies? Maybe because they want to have theirs which can be easily regulated/monitored.
In a recent report by NHK, a platform which provides news articles from Japan, Asia, and the world at large, says, Mitsubishi UFJ Financial Group Inc (MUFG), will be releasing its cryptocurrencies at the beginning of 2019.
The coin, which is said to be called MUFG coin will need coin holders download a special app on their smartphones through which monies deposited into these individual accounts would be converted to MUFG at the rate of 1 Yen per coin.
Before its official release next year, the bank would test the project within a limited number of participants in the country. During the pilot study, a total of 100,000 MUFG bank account holders would participate.
They’ll be required to use these cryptocurrencies like they would use fiat for everyday life. Participants would be able to make payments in places like grocery stores, restaurants, and other places as well using the customized app. They are also able to send and receive from other account holders as well.
Though this is not the first time it has been reported that the bank was going to release a cryptocurrency, the percentage of this project being a success is very high for two reasons.
Japan is a country with a lot of population and any technology adopted by them, and probably the rest of Asia has a high success rate. Secondly, the bank in question has strong financial backing. This has given them the advantage over other financial institutions or projects.
The company, after just releasing financial reports for the 2017 fiscal year recorded massive gains of 6.8% growth. This resulted in an $8.9 billion in revenue for the bank. These impressive gains have given the bank some funds to throw around on some other projects.
It’s certain that the MUFG coin will be transparent unlike other cryptocurrencies at present which allows users to hide completely.
What makes cryptocurrency unique to most people is not just it’s anonymous feature. But much more, it’s an investment asset, and those who are knowledgeable can make money whether the market is surging or plunging.
The MUFG bank says it will keep track on transactions during the projects test period to see if it’s moving smoothly and most especially, securely. If all goes well, we could see some tie-ups between MUFG and some other companies/projects in coming years.