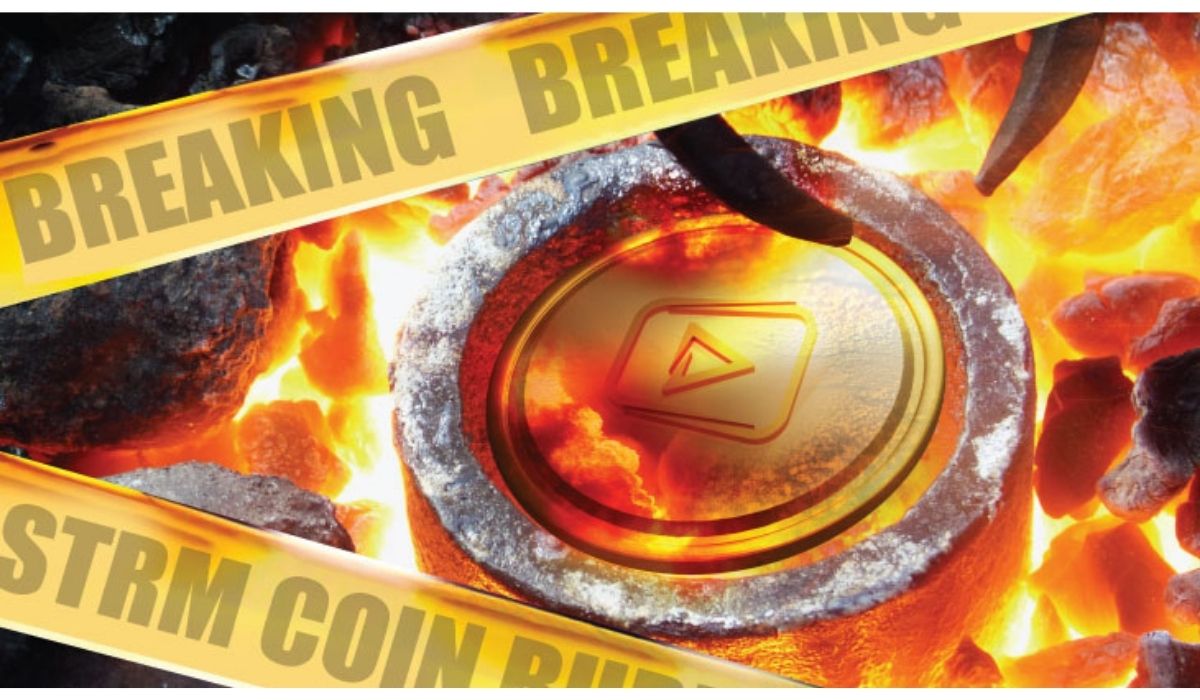 STREAM is a blockchain-based, multi-streaming company that gives creators 100% control of their content. In its existence, the live stream platform has outdone itself and people’s expectations, especially with its latest update.

As CEO Michael Ein Chaybeh announced in a recent video, the STRM coin presale sold out one month in advance, much faster than anticipated. Even more, the platform concluded burning a portion of its coins on Jan. 5, 2022.

One of the team’s inspirations, the executive notes, came from the 1993 project called MBone (Multicast Backbone). Scientists came up with hardware and software that was able to live broadcast a gig by the Severe Tire Damage band. The broadcast reached audiences in Australia as well as several other parts of the world. This initial platform had only one feature – an applaud function that allowed viewers to virtually applaud concert performers.

According to Chaybeh, STREAM has a number of features such as a like button, a comments section, subscription, and notification functions. However, the platform still has great potential for greater achievements, he adds. Future updates could include the ability to sell videos and choose adverts one would prefer for their video. Upcoming versions of STREAM could also have blockchain-backed automatic subtitles generated by artificial intelligence. Such groundbreaking developments could increase viewership for all streamers using STREAM.

Like many other platforms, streamers on StreamLive benefit from endorsements and monetary rewards. However, most of these platforms require streamers to pay half of their earnings for the services they receive. Chaybeh says STREAM is different and unique since all its streamers get to keep 100% of their earnings.

An additional feature relies on NFT to provide subtitles while reducing latency so that they run in tandem with the streamer’s speech.

In the latest coin-burning event, STREAM destroyed 1.64 billion of its native token STRM, an amount that had been allocated for the ICO. The project also burned another 1.64 billion from ecosystem and marketing. Chaybeh says this cut the total supply by 37.27%, or from a total of 8.8 billion coins, to 5.52 billion coins by Jan. 5, 2022. He adds that any unsold ICO coins will be burned, and the same amount will also be drawn from the ecosystem and marketing for burning. Ultimately, the amount of STRM coins destroyed will be about 40% of the total supply.

Furthermore, STREAM will use the one month added time (since the presale sold out a month earlier) to market the ICO globally alongside conducting research and development for the platform.

Chaybeh has thanked all STREAM investors, community members, and team members for their significant contributions and confidence in the platform. All these players have been vital in putting the platform on its feet, taking it from a mere dream to a vision and mission.

“I would like to thank everybody once again and wish you all a happy and prosperous New Year of 2022!”

To find out more about STREAM, please visit their website.