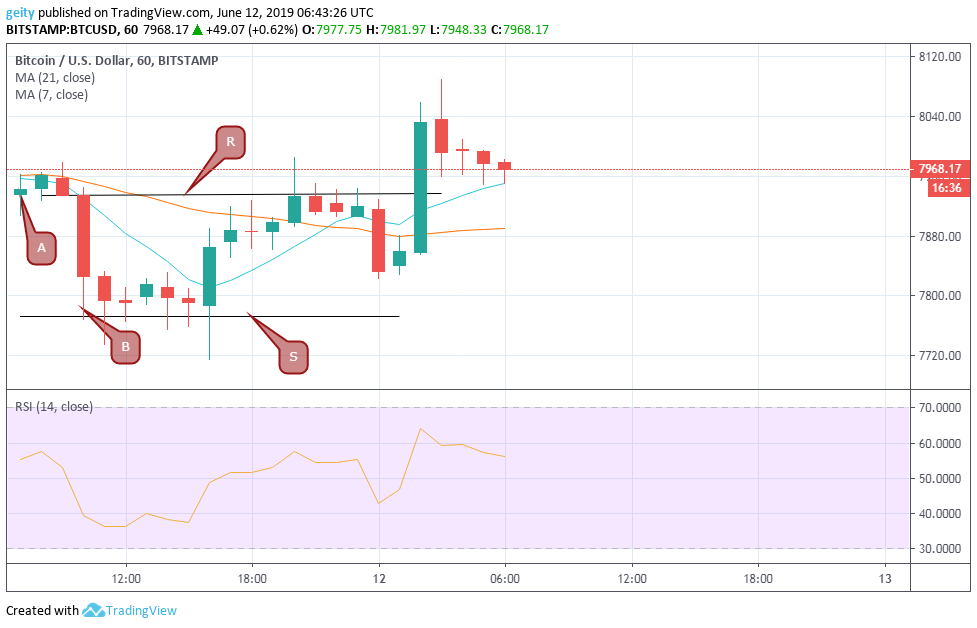 On an hourly chart, BTC/USD pair is trending on a sideways trend contained by a horizontal price channel as indicated by the intertwining Moving Averages.

During the last 24hrs, BTC/USD pair exhibited a bullish outlook. Despite BTC beginning the day trading at $7942.71 against the current price $8160.07, a strong selling pressure followed.

The strong selling pressure resulted in a dip in price action that dropped to a low of $7935.23 (B); period of Consolidation later follows indicating equality in forces of supply and demand by traders. Resistance level (R) is at $7935.39 and support level (S) at $7772.59.

At around 16:00, a bullish accumulation pattern emerged, showing a strong sign of the high level of demand thus pushing the price action up to a high of $8196.65.

The RSI indicator is decreasing in the last few hours thus indicating that the momentum is predominantly with the sellers. BTC current price is therefore up by 4.73%.

An upward price rally is likely to be seen since the 7 day MA is still above the 21-day MA during the last few hours thus indicating a bullish signal. Stop-Loss security should be set slightly below 7952.23 in case of a sharp breakdown. 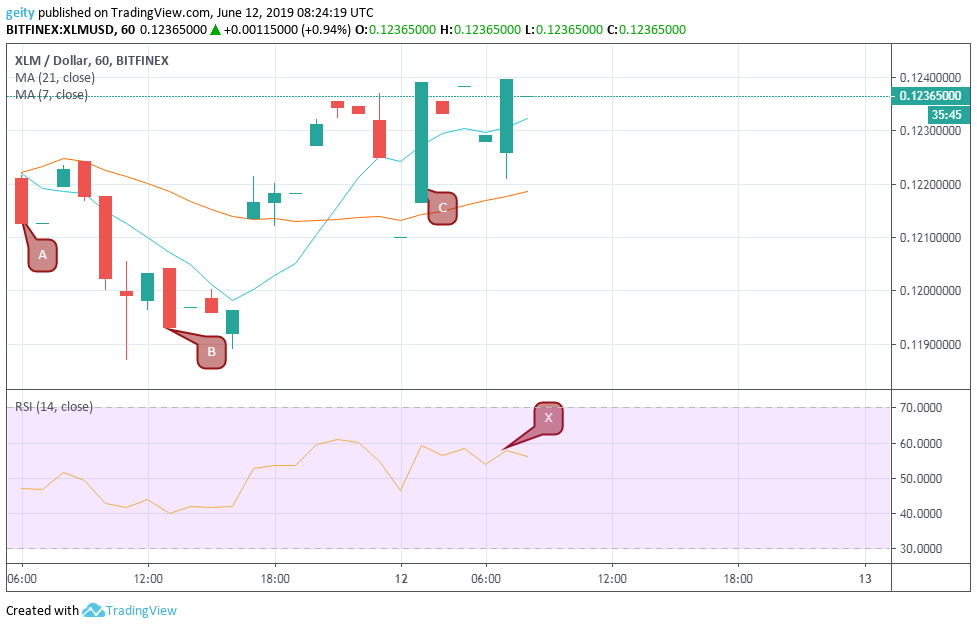 XLM/USD is also experiencing a bullish outlook in the last 24hrs, with a sideways trend. XLM began trading around 11 June 06:00 at $0.12127(A), With a bearish Marubozu pattern that clearly indicated that sellers control the trading day from open to close.

A Strong selling pressure later followed that dip the price performance to a low of $0.11931 (B). A 4 price Doji occurs simultaneously on the daily hour chart indicating ultimate in indecision with a very small number of transaction.

The 7 day MA has crossed over the 21-day MA in the last few hours thus indicating a bullish signal is likely to continue. New support should be set at $0.12271. 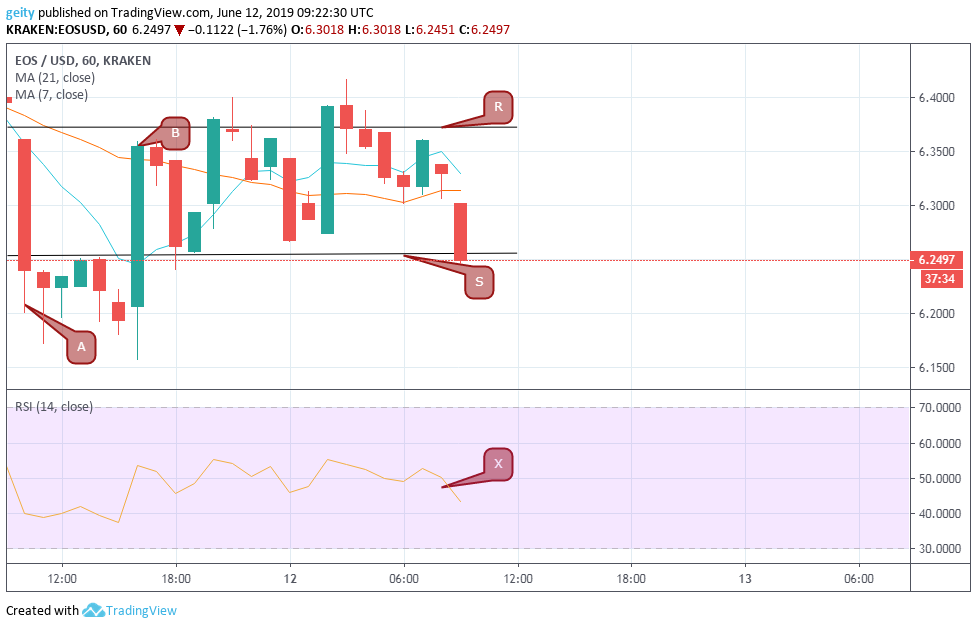 A bearish outlook is seen in the last 24hrs, this is because of a bearish regular divergence pattern that is signaled simultaneously. EOS started selling at $6.23 (A) against the current $6.35. This was later followed by buyers overtaking the market momentum at (B) pushing the price performance up to a high of $6.45 that later dropped.

The dip in EOS coin has lower investor’s opinion, as seen in the RSI X that is declining towards the oversold direction. This indicates that investors are reluctant to the selling of their holdings with anticipation for a better price. Resistance level (R) is therefore at $6.3722 and support level (S) is at $6.2557.

Bullish momentum is likely to be seen, as indicated by the 7 day MA that is above the 21 days MA during the last few hours. New target should be set at $6.3001 with a stop-loss slightly below or above the target in case of a breakout or breakdown.