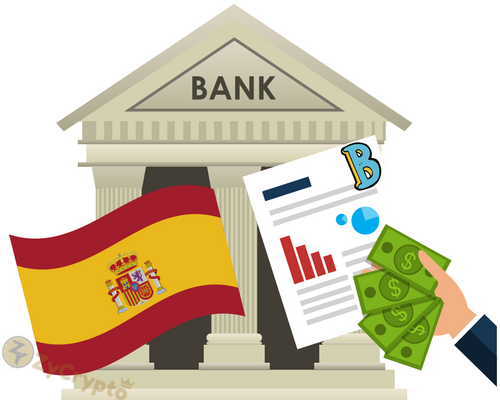 Indeed, the blockchain technology is a powerful tool that can be used in every area of the economy. Even with its tremendous benefits, the banking industry has been reluctant to adopt the technology – that story has changed.
Banco Bilbao Vizcaya Argentaria (BBVA), is reportedly the first bank in the world to process a corporate loan using a distributed ledger.
BBVA, the second largest lender in Spain, stated that the entire process of the €75m ($91.33m) Corporate loan – from the negotiation to the completion of the loan – was conducted on a mutual distributed ledger that connected and updated both the lender and the borrower as the loan progresses.
The blockchain technology reduced the transaction time from days to few hours. According to the multinational bank, “the process in an important advance in the exploitation of (blockchain) technology.”
Carlos Torres Vila, CEO of BBVA expressed his optimism about the adoption of the distributed ledger technology in the banking industry:

“Blockchain can offer clear advantages for all sides in the corporate loan market in terms of efficiency, transparency, security. It’s another strong example of how disruptive technology can be used to add value to financial services, something that is central to our strategy.”

BBVA used a private blockchain for the entire process of the loan, but it later moved the completed contract to the Ethereum’s public Blockchain.
Aside from the contract with Indra, a Spanish telecom company, BBVA still has more transactions to perform using the blockchain.
Borja Ochoa, Director of Financial Services of Indra, believes that blockchain is one of the many technologies that will improve the services in the financial industry.
BBVA is indeed an innovative company, and this is not the first time it is exploring the blockchain. In 2017, it became the first financial institution to employ the distributed ledger for document presentation for an import-export project between Spain and Latin America. The time for sending, verification, and authorization of the transaction reduced from 7 to 10 days to 2 hours 30 minutes.
BBVA’s Head of Global Finance for Corporate and Investment Banking, Ricardo Laiseca, said that the company is not only trying to provide financial solutions to its clients but also using the most advanced and innovative technologies.