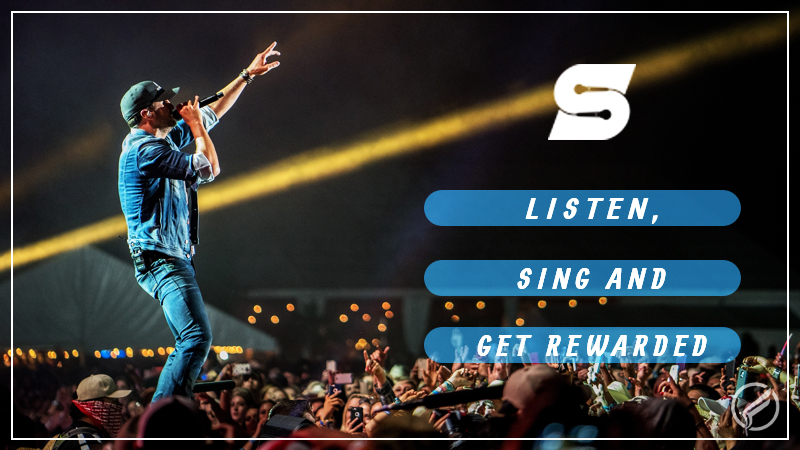 Karaoke, which was once popular only in Japan, owing to digitalization, has now become one of the most fun-filled activities for music lovers across the globe. Karaoke is basically an entertainment form in which users can create covers of popular songs over a pre-recorded backing track. Presently, there are various karaoke applications that allow users to enjoy singing and recording tracks on their smartphones or PCs. The popularity of this activity has grown significantly and today, there are around 500 Million Karaoke users across the globe.

What The Existing Karaoke System Lacks?

The existing karaoke system offers limited services to its users to enjoy and create music. Users have to pay monthly fees to enjoy more services. Typically, the fees collected from the users is the primary source that facilitates operation and promotion of these applications. Moreover, the fact that users don’t receive any economic benefits from their contributions is another hurdle that needs to be addressed promptly.

SOMESING is a unique music service platform built on blockchain technology that has revolutionized the karaoke system. It is a user-centric platform that offers music lovers around the world a fair compensation system, allowing them to obtain rewards and profits for recreating their favourite music within the system. Users of this platform will be rewarded in SOMESING tokens (SSX). The platform plans to launch its ICO on 11th February 2019, 10:00 am (KST), wherein it will offer 10 Billion SSX tokens.

SOMESING offers its users an extensive list of popular songs to choose from and recreate music free of cost. Once users post their song on the platform, SOMESING automatically generates a song wallet. This wallet collects coins in various forms including gifts, supports, and events. The collected coins are stored for a determined time duration, after which the tokens are distributed amongst the users fairly through smart contract based on their contributions.

A majority of Karaoke platforms that offer compensations to its users operate on a centralized system. One of the critical challenges associated with a centralized system is that there is a large number of intervening variables that lead to a lack of transparency and reliability. SOMESING has integrated blockchain and smart contract technology to eliminate the aforementioned setbacks and offered users a transparent and fair compensation system.

SOMESING is a unique social music platform that is built on blockchain technology and reinforced by smart contract. The platform enables users to listen, recreate their favourite song and earn financial rewards based on their contributions. It envisions to encourage music lovers to showcase their talent on a global level and get substantial rewards in return.