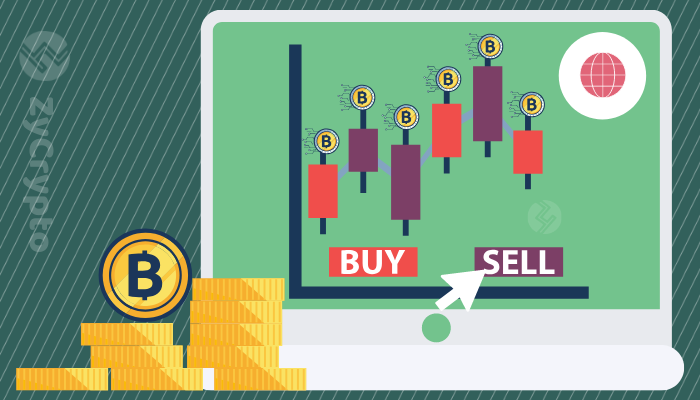 What is the Crypto Market?

The virtual market has come to stay. Though it has its initial challenges, in the beginning, today with the acceptance of the virtual currency as a means of exchange in nearly all the countries of the world; it has risen to become one of the reliable markets for those who want to make gains that are not available in other sectors of the economy. This is now the number one investment notch with an investment worth billion in dollars having overtaken the real estate sector of the economy. Six key facts dictate crypto market cycles; that will be our main focus in this article.

This is the time of depression in the market. The accumulation cycle is the time when the price has crashed to the floor right from the rooftop. If you want to invest for a long period of time, this is the moment to go for the kill. Do not bother yourself about the negative press that comes with this period. This is the period of time when you buy from people who do not know about markdown; you will buy cheap at this point in time; however, you are going into a long-time investment.

The loss of these set of investors will turn out to be your gain at the end of the day. This is the ideal time to buy because the activity in the market at this point in time is very low and you will have a market atmosphere that is devoid of the buzz that comes with it when the market is at its peak level.

This is the action point for bitcoin. The steady rise of bitcoin began noticeably here, and records show that bitcoin stayed here for nine consecutive months in 2017. This was the base of bitcoin for the first nine months of that year. From here, it began its rise and rise until it broke out above its intended price channel. The early majority jump up on board the bandwagon because of the gains that they are going to make from the steady rise in the price index.

Towards the end of mark-up, it is observed that the great majority gets on board and the trading volume becomes massive. The temptation to join the market gets higher and higher until it finally results in the push-up of this phase to the next cycle.

Shorting is the ability to predict the fall of the market in cryptocurrency correctly. It is a clear one advantage. If a trader is able to get his predictions right, then he will make massive gains. An example of this happened in 1992 when George Soros made nearly $1billion dollars in pure profit by predicting the fall of the British pound. This is an effective way of making a profit that is possible through CFDs (Contracts for Difference)

On a different perspective, Shorting can be used for the purposes of hedging. If you hold a large amount of an asset like Bitcoin, you can decrease its volatility by opening a short position.

With the sustenance of the gains during the Mark-up period of the crypto market cycles; the price goes up and up, and many who are not informed are tempted to buy during this period because they want to enjoy the dividends that are involved. This period is called the Parabolic Upswing because the graph tends to move in a straight line. However, the saying that what goes up must come down is true in this scenario.

When the crash comes in unannounced, there is panic selling among the traders. So, what do you do during this period to be on the safe side? Do not follow emotions; simply stick to your plan.

There is confusion trailing the concept of HODLing. Some traders think it represents a spelling error, but it is not so in technical terms of the word; it simply implies a situation where the buyer in the crypto market cycles of things decides to wait and watch the scenario before trading his coins. Holders stick to their coins and endure the pressure of selling off their coins. This strategy has gained relevance over the years.

With the Parabolic Upswing comes a phase in the crypto market cycles when the prices will crash. When this occurs, a state of Pullback sets in. This is normal with all manners of markets where a drop-in price is inevitable. Here, there is apprehension in the market because negative emotions will reach its peak. The sellers will dominate and dictate this market cycle. This is when the media will go out with negative headlines telling the world that cryptocurrency is dead.

For traders who are not holding on to any position in the Parabolic Upswing, you should be able to ride on the back of this phase smoothly to the next phase.