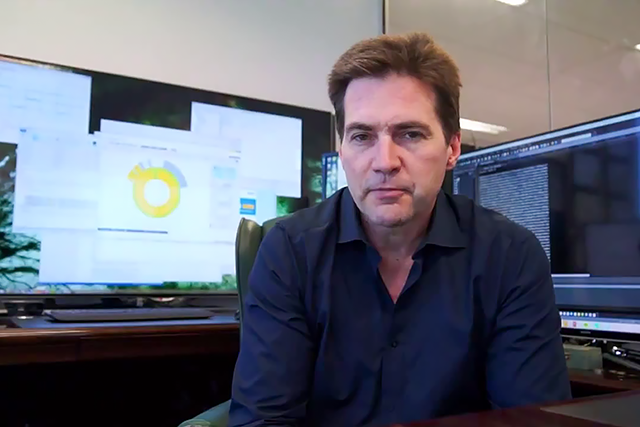 “Greed.”
Those were the only words Craig Wright wrote when he was asked for a more detailed explanation about a lawsuit being filed by IRA KLEIMAN, as the personal representative of the Estate of Dave Kleiman (his brother), against him for an amount – as the text reads – is of at least $10,236,532,855.00.
According to the lawsuit, this amount of money comes from the bitcoin activities they (Dave Kleiman and Craig Wright) both carried out in the early days of the bitcoin’s existence. But due to the extraordinary increase in the value of this currency, FIAT money calculations are exceptionally high.
To pursue this demand and ensure a better chance of winning, Ira Kleiman hired the prestigious law firm Boies Schiller Flexner LLP, a legal bureau that has been involved in high-profile court cases such as 2000’s controversial Bush v. Gore.
According to Ira Kleiman’s assertion, Wright and his brother Dave Kleiman created a firm named W&K Info Defense Research LLC. In it, both partners shared research and actions related to technological and cryptographic undertakings, including those related to progress in bitcoin mining and network development.
However, according to Ira’s claims, Craig Wright used this relationship to fraudulently amass a fortune:

“(Craig conducted) a scheme against Dave’s estate to seize Dave’s bitcoins and his rights to certain intellectual property associated with the Bitcoin technology (…) As part of this plan, Craig forged a series of contracts that purported to transfer Dave’s assets to Craig and/or companies controlled by him. Craig backdated these contracts and forged Dave’s signature on them,”

To prove this, the lawsuit included a series of e-mails exchanged between Craig and Ira, in which Craig claims to have a quantity of Bitcoins that he never delivered to Kleiman. One of the emails displayed comes from Ira’s address to Craig, mentioning the following:
“[Dave] mentioned that you had 1 million Bitcoins in the trust and since you said he has 300,000 as his part. I was figuring the other 700,000 is yours. Is that correct?”
Which Craig responded by saying:
“Around that. Minus what was needed for the company’s use.”
Likewise, it presents a series of transactions between both, product of the mining of approximately 1 million Bitcoin (the main activity of the company they founded).
Along with the Bitcoins that were never delivered in accordance with Ira’s claims, there are also other requests that increase the amount of the claim:
“Plaintiff demands judgment against Defendant for the value of the wrongfully retained Bitcoin and IP, together with court costs, interest, and any other relief this Court deems just and proper. Plaintiff demands a trial by jury for all issues triable by right “
For plaintiffs, it makes no difference whether or not Craig is Satoshi Nakamoto, and although this question may eventually arise in the trial (because these allegations would provide evidence that Mr Wright actually possesses such a large amount of money or crypto), the trial seeks to restore the rights that Craig violated while engaged in the initial process of creation and mining of bitcoin, an activity that, according to the lawsuit, is undeniable.
The full text of the complaint can be found here:
https://es.scribd.com/document/372465601/Complaint#from_embed