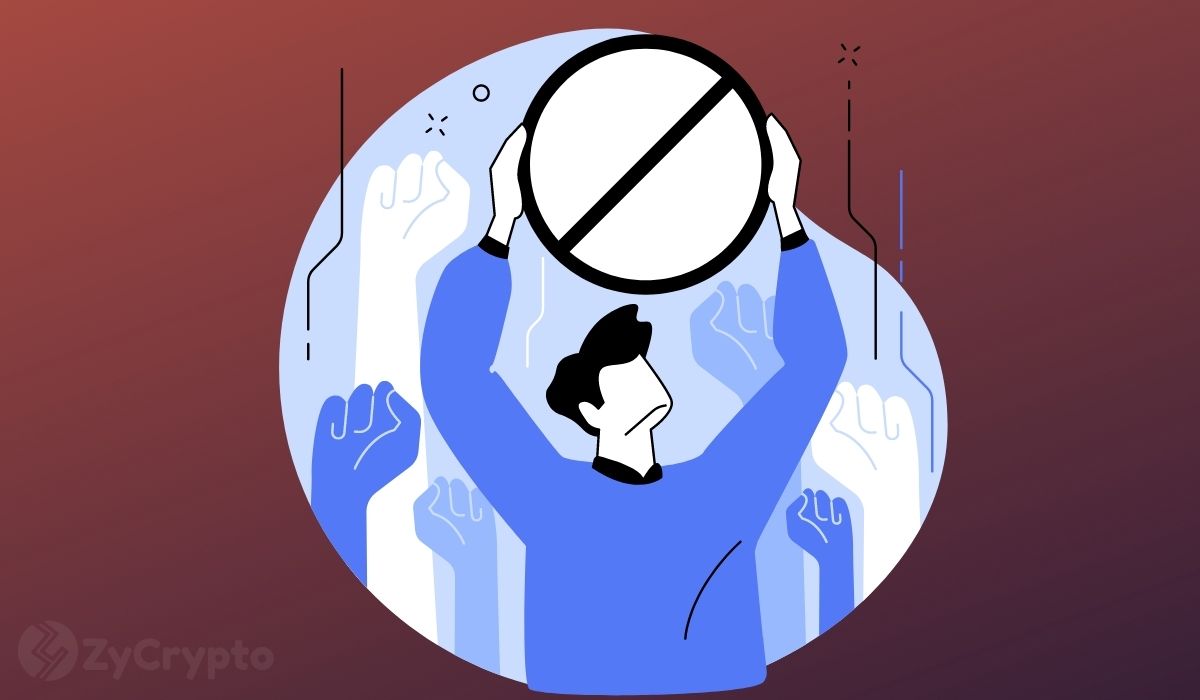 Cryptocurrency exchange Coinbase has been threatened with a lawsuit by the United States Securities Exchange Commission (SEC) if it goes ahead to launch its Lending product. This program aims to offer eligible customers 4% interest on their savings by lending out USD Coin (USDC) to borrowers.

In a blog post on September 8, Paul Grewal, Coinbase’s Chief Legal Officer announced that the SEC had issued the American exchange with a Wells Notice — which is basically the agency’s way of revealing it might initiate a formal complaint against a firm.

In the post, Grewal said Coinbase has been in discussions with the SEC regarding the Lend program for the past six months. Yet, the SEC informed the exchange last week that it may file charges if the product is launched, without giving any explanation whatsoever.

The only clarification the company received is that the program is presently being evaluated under the Howey Test:

“They have only told us that they are assessing our Lend product through the prism of decades-old Supreme Court cases called Howey and Reves. The SEC won’t share the assessment itself, only the fact that they have done it.”

Coinbase CEO Brian Armstrong took aim at the lawsuit threat in a 21-part Twitter firestorm earlier today, accusing the SEC of “sketchy behavior”. He postulated that his firm had complied with all of the SEC’s requests, including providing subpoenaed documents and employees’ testimonies. He also said no explanation has been provided as to why the SEC deems their new lending feature a security.

Armstrong also lashed out at the fact that other companies that did not give the SEC a friendly heads up before launching have continued to offer a lending product. Yet, the regulator is now “engaging in intimidation tactics behind closed doors” with Coinbase. Essentially, preventing Coinbase from launching the same program that other crypto companies are already offering creates an “unfair market”.

He also suggested that Coinbase might battle the agency in court, but this should be the “last resort for the SEC, not the first”.

Coinbase first announced plans to launch the crypto yield product in June. It was to go live in a few weeks’ time, but it seems this will not be the case now. According to Grewal, they will be delaying the launch to at least October as it awaits additional feedback from the SEC.

Various state regulators in the US have cracked down on a similar high yield-earning product from BlockFi, arguing that the lending product constituted an unregistered securities offering.

Nonetheless, most observers in the crypto community have expressed their dismay at the latest SEC news. Unfortunately for the bulls, it comes at a time when crypto prices are plummeting across the board.

Others, like Messari founder Ryan Selkis, argued that the SEC’s actions are not in the best interests of US investors but are likely a personal political power grab by the agency’s leadership.

In the meantime, Ripple CEO Brad Garlinghouse — who is currently embroiled in his own high-profile lawsuit with the SEC — responded with a meme from the Die Hard movie, welcoming Coinbase to the proverbial party.