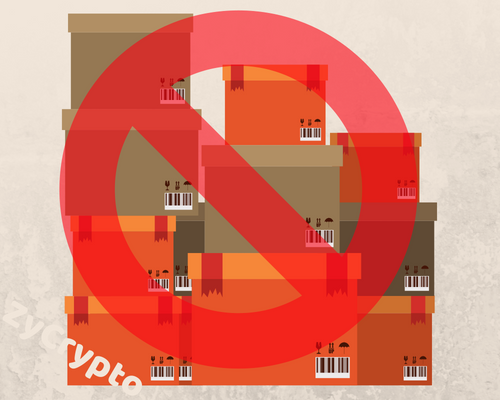 Russian cryptocurrency users have yet another regulatory issue on hand, with customs officials objecting to the import of mining hardware by cryptocurrency miners in the country.
The incident which occurred at Tobolsk town, in Tymen, Russia received legal mandate after the local court ruled in favor of the customs depart. The court ruled that “the import of equipment for the mining of cryptocurrency,” shall be banned in its jurisdictional area.  The ban came after a private user ordering this hardware from an online store, which involved importing it from an overseas warehouse.

The national customs officials state that the purchase was of server equipment which was meant to mine crypto from an online store, overshooting continued appeal by the user that it would be used for algorithms, scientific calculation, and mathematical processing.
However, the customs department denied the import on the basis of regulating tariff for the Eurasian Economic Commission, according to which such cryptocurrency mining activity is considered as a commodity. The non-tariff regulations including trade barriers, as well as restriction of exports, services, goods, have to conform to the tariffs.
The Russian federal customs office state that the buyer did not have additional permits, which would allow them to permit the import. The documents the customs officials sought were from the information department and a conclusion statement from the Federal Security Service in Russia.
The buyer, objecting to this restriction had approached the courts of his town council, Tobolsk city court. The court, contrary to expectations, ruled in favor of the customs department.

In a set back to the cryptocurrency world, the ruling of the court has disregarded potential growth of digital currencies. The court ascertained that the evidence provided by the customs was conclusive and that the government was justified in stopping the import.
The citizen’s argument that extraction of cryptocurrency was a by-product was a scientific activity denied by the court. It only cited that the restrictions on imports by the government had to be upheld.
It ruled that the restrictions of the government have to be taken at face value. They cannot be exploited to changed or given exception simply because of the justification of its use for peaceful purposes. The argument of the court was that the statutory restrictions “on imports do not depend on those purposes that are declared by an individual at the time of importation.”
Though the argument by the court is in line with the regulatory framework; there does appear a loss of opportunity for the users of cryptocurrency. Rules which are ‘negatively’ inclined will continue to place the ‘mining’ of bitcoin as an illegal or un un-regulated commodity-based sector.
Governments need to review the use of BTC and alternate currencies as a part of the larger financial transaction instruments, plead users. If rules and the policies by the government recognize the needs of the cryptocurrency mining community, incidents such as in Tobolsk city will not continue to happen, they aver.