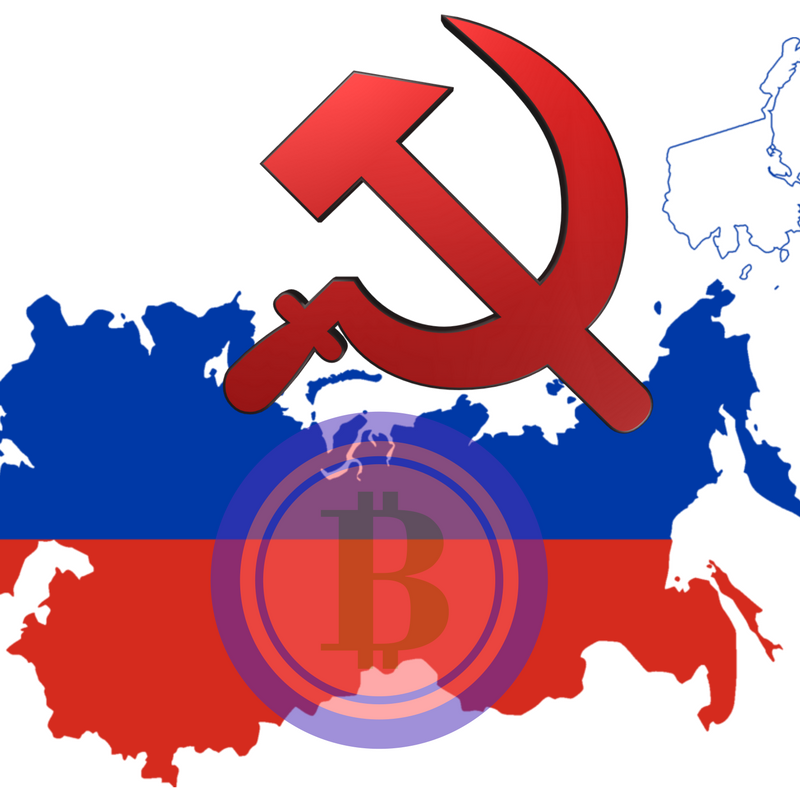 The world has certainly gone ‘cryptocrazy’ and every right-thinking individual, governments, and businesses want to get actively involved in Cryptocurrencies. No one wants to be left behind in this fast evolving new world order – Cryptocurrencies.
In a recent development, the Russian Association of Blockchain and Cryptocurrency (RACIB) which was formed back in August by Russian President Vladimir Putin’s  adviser on internet issues, Herman Klimenko,  with the sole aim of unifying all Blockchain stakeholders like investors, miners and initial coin offerings (ICO’s).
RACIB recently carried out an extensive research to determine the best regions in Russia that could support massive Cryptocurrencies mining operations.
The research parameters included:  regions with the cheapest cost of electricity, regions with great reserve capacities, regions with best telecommunications and logistics infrastructure.
It was found out that the Krasnoyarsk Territory, which is the second largest territory in the Russian Federation, is best equipped for the massive task.

WHAT MAKES KRASNOYARSK THE BEST?

Bitcoin mining requires huge amounts of uninterrupted power supply. Often times, the amount of electricity needed to confirm a single Bitcoin transaction, would be enough for a two-room apartment to utilize for a whole month!
The Krasnoyarsk region has the third cheapest electricity rate in Russia, a kilowatt of electricity costs about 2.41 rubles per hour which is about 4 US cents.
In terms of telecommunication facilities and logistics, three cities (Krasnoyarsk, Divogorsk, and Zheleznogorsk) in the Krasnoyarsk territory came out tops. The presence of the Yenisei river is also a very important factor, as water from the Yenisei river will be used as a coolant for the mining farm.
RACIB  revealed in a statement last week that about 40 Bitcoin mining firms from China and the European Union have submitted proposals for Bitcoin mining operations in Russia.
If all goes well, this certainly will serve as a great boost in the Russian cryptocurrencies ecosystem and could even make Russia become a world power in the Cryptocurrencies ecosystem, just like Japan.

The new week has started cleaning up the mess made by the cancellation of the Segwit2x Bitcoin hard fork which led to a massive Bitcoin bloodbath.
The Bitcoin price experienced a huge correction in the past week due to a massive sell-off of  Bitcoin by investors who were disappointed by the suspension of the segwit2x hard fork.  Bitcoin last experienced such a correction in early September when Bitcoin cash experienced a price surge.
The segwit2x cancellation led to a significant transfer of funds from Bitcoin to Bitcoin cash and which the bitcoin price to plunge below the $5600 price area, losing approximately $2000 from its all-time high.
Monday came with new hopes for Bitcoin investors as Bitcoin started showing solid signs of recovery, initiating an $800 rally that has returned the Bitcoin price to above the $6500 price region.
The Bitcoin market capitalization now stands at $109.5 billion, which is approximately 54% of the total cryptocurrencies market capitalization.