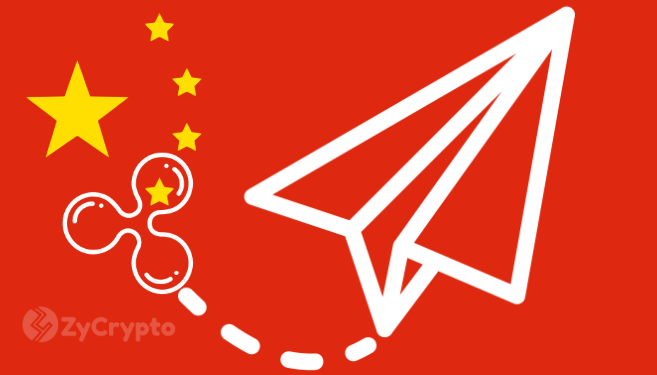 Ripple has succeeded in clinching its priority target market, China, through the approval of LianLian’s joint venture American Express, to process card payments in China.

China approved the operation of AmEx, making it the first American company to be given a direct access to the China e-commerce market. This approval empowers AmEx to resolve payments and transactions in Yuan. The settlement of payments can be done via its joint venture LianLian Group, which is Ripple’s customer.

AmEx. which is another global payment platform just like MasterCard had previously indicated interest in the Chinese market, presumed to be the biggest card market by recent analysis. This prompted its move into a joint venture with LianLian Group, and later became the first payment processing venture that operates outside the state-controlled, UnionPay network.

This joint venture, now partners with RippleNet, to provide seamless and faster global payment services to the Chinese e-commerce market. It can process and settle payments in Chinese Yuan Renminbi (CYN) currency unit. This can be achieved by establishing a network with its partner.

The venture which is named Express (Hangzhou) Technology Service Co. is expected by the Chinese government to complete preparation for operation within a year.

American Express and LianLian Group had been members of RippleNet.  AmEx joined RippleNet late last year, with the aim of rendering better services to Small and Medium Enterprises in payment processing. LianLianPay which joined the platform early this year already has over 150 million registered customers.

Ripple had been pushing to penetrate China market, now the government seems to have straightened out things for the fintech company.

According to a report from btcnews, a Ripple official stated that the digital asset company has been nursing the idea, and confident to hit China market before the end of this year.

From a report by btcnews.com early this year, Ripple’s head of government and regulatory relationship for the Asia Pacific, Sagar Sarbhai, said that it was still early to discuss such moves. He went further to say that Ripple would definitely launch its decentralized financial tools into China market to settle cross-border payment issues. He said;

“This year you will see more announcements coming in on China, in terms of educating and differentiating us from some of the other cryptocurrencies that are out there.”

Ripple CEO, Brad Garlinghouse, had said last year that “a launch into China was in the pipeline,” obviously there was a delay due to unclear regulations around the blockchain, and the digital assets, in China.

But the Chinese government just lifted the ban on blockchain and the use of cryptocurrencies. Now the use of digital assets is legalized, such that it is now an acceptable payment tool.

China’s e-commerce market has grown up to $627 billion more than last year. An estimate of the cross-border payments into the country is targeted at $1.32 trillion this year.

According to a report from a reliable source, some other card-payment companies have been lobbying for years to penetrate China’s e-commerce market. This is a very huge market, estimated to have six billion cards in circulation. A forecast shows it will increase to ten billion by 2020.

The Chinese government seems to be interested in the use of blockchain and DLT, which Ripple uses in its xCurrent and xVia products. China’s central bank sees this move as a very important way of showcasing China’s bank card market to potential foreign investors.

The central bank confirmed that this move would launch in a seamless operation in the country’s e-commerce market and draw in other payment institutions.

The director of product at Ripple, Craig DeWitt, said that the incorporation of multi-hop, shows that the network will achieve a lot;

“Multi-hop gives Ripple members the ability to transact with banks or payment providers or digital wallets that they don’t have a direct relationship with. That’s important because in today’s world you need a bunch of bilateral relationships clunkily put together in a chain in order to move money. Multi-hop makes that thing of the past.”

Based on the current collaboration, it is expected that AmEx and LianLian joint venture would soon enter into an agreement with multi-hop to strengthen the network.

The Senior Vice President of product at Ripple stated that the network reach increased as more users signed on to xCurrent;

“xVia allows you to use one standard connection to get you all the benefits of RippleNet and our products. Without xRapid they would use xCurrent and where xRapid is available, they can then add on xRapid and move money on demand using XRP and payout instantly. They get reach wherever xCurrent is available, whether that be a bank [or] a cash payout provider.”

Ripple has been bullish in its crusade to provide a solution to the global cross-border payment issues. This, it hopes to achieve by launching its decentralized financial tools which can make payment processing a better experience across the globe.

Ripple extended its service to Japan in 2016, through a joint venture with SBI, to leverage on the upward trend in non-cash payment in Japan. It also targets to do the same in Korea and other Asia Pacific countries.

Ripple has a big vision that may likely make it no 1 company in global payment processing. Well, Ripple may continue riding high as long as another bull doesn’t jump into the scene.