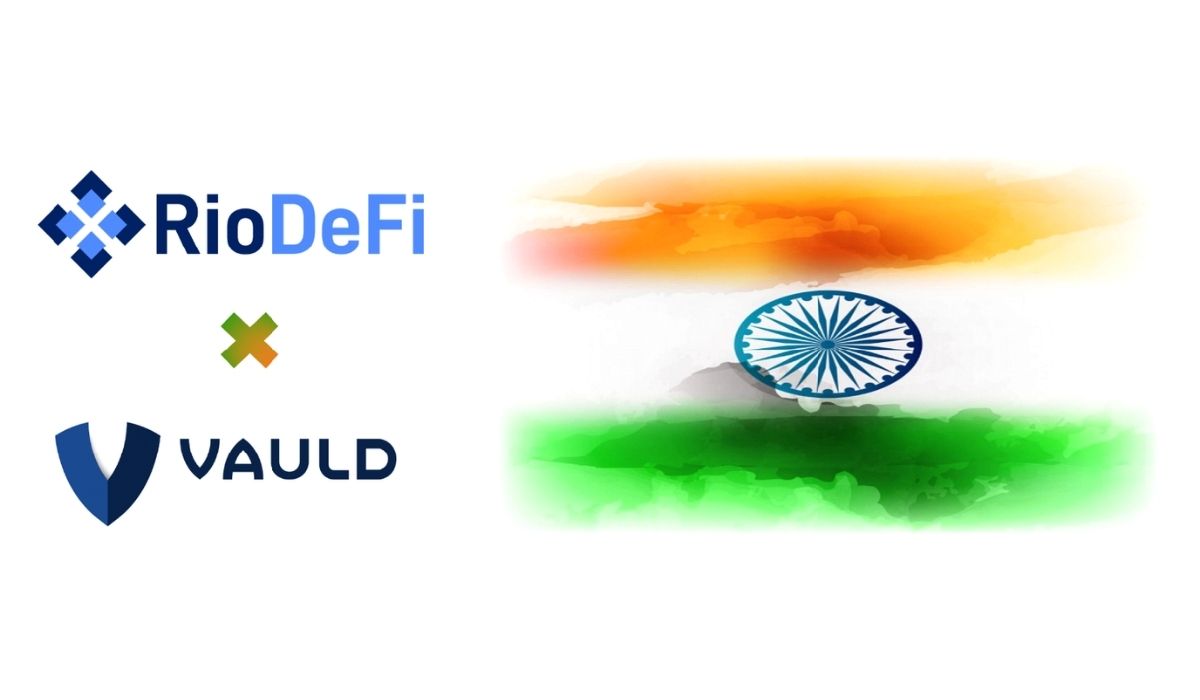 RioDeFi is creating a payments ecosystem that builds bridges between traditional finance and the digital asset services universe. At the heart of this ecosystem is RioChain. Built on Parity’s Substrate framework and interoperable with the Polkadot network, it stands to become a leader in cross-chain DeFi services.

RioDeFi has set its sights on India as a key growth market as the Indian crypto ecosystem has seen a boom, with reports suggesting that cryptocurrency utility has seen a 400% uptick and 10x growth in users on exchanges. The surge in alternative payment methods has been fueled by the overturn of the banking ban on crypto by the Indian Supreme Court in March of 2020. India is fast becoming a major market for digital assets as the use of mobile technology expands alongside interest in alternative asset classes. RioChain is poised to be the preferred blockchain ecosystem for India developers and users alike.

RioDeFi’s India vision addresses one of the most staggering statistics about India — according to the World Bank, India has nearly 190 million people unbanked. RioDeFi’s solution aims at wide accessibility, transparency, connecting blockchains to digital banking services, and financial inclusion for the masses with a smooth user experience. The RioDeFi ecosystem opens India’s access to a host of services like digital asset lending, borrowing, staking and trading in a super platform that will include RioDeFi’s native payment and wallet services, as well as open source developer initiatives that can be built within the ecosystem.

There have been various solutions developing to cater to the requirements of the booming Indian market. With one of the largest blockchain developer bases, the decentralization revolution is off to a bullish start. However, most of the development is still taking place on high gas fee based platforms such as Ethereum. As it currently stands, this serves as a roadblock to many Dapps building in the ecosystem.

RioDeFi’s protocol, RioChain, is set to act as the underlying source for DeFI across distributed networks with its cross-chain compatibility. The josh is high with the RioFuel (RFUEL) Community Crowdsale with over 65 million USD committed to the public sale only, which was more than 10x oversubscribed. Interest in RFUEL has been especially strong from OM holders, who are members of MANTRA DAO — the first project to build on RioDeFi’s Substrate framework — which has attracted a lot of interest from Indian users.

The RioDeFi ecosystem will have an exchange, wallet, and Dapps like the popular lending platform MANTRA DAO, all with INR based services. Soon after its Token Generation Event (TGE), RFUEL will also be listed on top Indian exchanges, giving Indians the ability to seemlessly purchase RFUEL using INR. RioDeFi is also working with the team at Vauld (formerly Bank of Hodlers) to offer INR focused financial infrastructure services for any developers wanting to build their dream businesses on RioChain.

Darshan Bathija, Co-Founder at Vauld remarked, “RioDeFi can solve a lot of the problems associated with banking and the crypto world. They make banking with cryptocurrencies affordable, reliable, and fast. We’re very excited to be working closely with their team.”

Building on RioDeFi’s robust Polkadot enabled ecosystem is a fantastic alternative for the ever-growing developer community in India; creating flexibility of network utilization and bypassing some of the industry pain points such as high gas fees.

For James Anderson, the CEO at RioDeFi, this decentralized future for India’s population is a milestone in the company’s journey: “India is the world’s fastest growing major economy, yet its financial and payment infrastructures are still underdeveloped, especially compared to neighboring China. DeFi solutions seem ideally suited to service the Indian people, and I believe RioDeFi will play a major role in expanding the reach of blockchain and cryptocurrencies there. Partnering up with Vauld is a major milestone on our way to achieving this vision.”

RioFuel token (RFUEL) will be listed on Uniswap on Monday, September 28th at 8.30 am UTC

Uniswap is a fully decentralized protocol for automated liquidity provision built on Ethereum that has brought notable changes to cryptocurrency trading and has been a catalyst of the recent surge of DeFi projects.

For RioDeFi, whose mission is to foster the mainstream adoption of blockchain based financial services, it seemed natural to make its native token accessible for the first time on this platform.

Trading will start at 8.30 am UTC. RFUEL token will be accessible for purchase on Uniswap at an initial price of $0.20. The price will fluctuate based on market forces of supply and demand. Considering that the RFUEL Community Crowdsale was massively oversubscribed, we encourage you to be there on time!

To access the token, participants will have to input the RFUEL contract address which will be made available on the RioDeFi website (riodefi.com).

RioDeFi accelerates the mass adoption of digital assets by bridging traditional and decentralized finance. Our vision is a world in which everyone has access to decentralized financial (DeFi) services. We develop solutions that connect banking institutions with blockchain systems. Our applications enable lower transaction fees, faster confirmations, more efficiency, better returns for savings account holders, and global reach.

TangoChain Announces The Launch Of Its 100% Gaming Blockchain

ADALend Building A New Wave Of DeFi Loans On Cardano