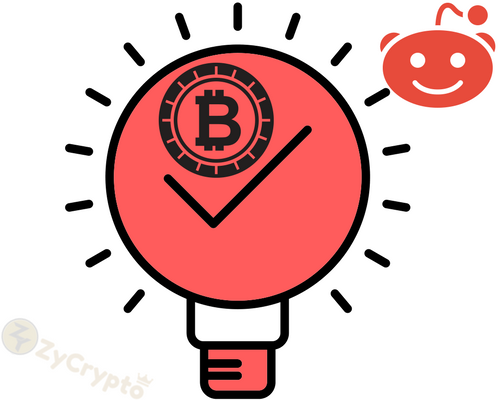 Reddit, the social media aggregation which claims to be the “front page of the internet”, will once again accept bitcoin as a means of payment.  During an interview with Cheddar, Reddit CTO Christopher Stowe explained that bitcoin was dropped as a method of payment from the site in March due to high fees.

Stowe specifically cited that a $10 transaction fee for a $4 purchase is a hard pill to swallow for buyers and that it just didn’t make sense for what Reddit is offering to its users.

The removal of bitcoin payments coincided with Coinbase’s determination to revamp its merchant tool and replace it with a new product called Coinbase Commerce. There were also issues with bugs affecting some payments which should be solved when crypto payments are put back in place.

Now, as Coinbase Commerce perfects it’s processing Reddit is interested in reinstalling crypto payments on the site. Coinbase Commerce can be set up to allow businesses to accept Bitcoin, Litecoin, and Ethereum. And the new program will allow for faster transactions while lowering fees.

As Coinbase Commerce matures, it will be a boon for both buyers and merchants.  It has been compared to PayPal and promises to accelerate the acceptance of cryptocurrency worldwide.

The Coinbase team states that their mission “is to create an open financial system, so we’ve designed this solution to serve merchants worldwide. Unlike previous merchant products we’ve offered, Coinbase Commerce is not a hosted service, so merchants have full control of their own digital currency.”

Furthermore, Reddit is open to more than just Bitcoin as a new means of payment. “We have been looking at other cryptocurrencies. As a matter of fact, that was part of the issue with the high fees on the bitcoin network. We are looking at ethereum and litecoin that are both provided by Coinbase,” Stowe recently stated.

Easier and more efficient means of processing payments is a big step in the right direction for not only Coinbase but the crypto space as a whole.

Ease of use will lead to awareness and bring newcomers to the sector while simultaneously making current crypto enthusiasts more comfortable with the moving technology.

Spreading comfort with crypto payments on the social media site is helpful to Reddit, Coinbase, and pretty much everyone in the crypto space because of the visibility and viral nature of social media sharing.