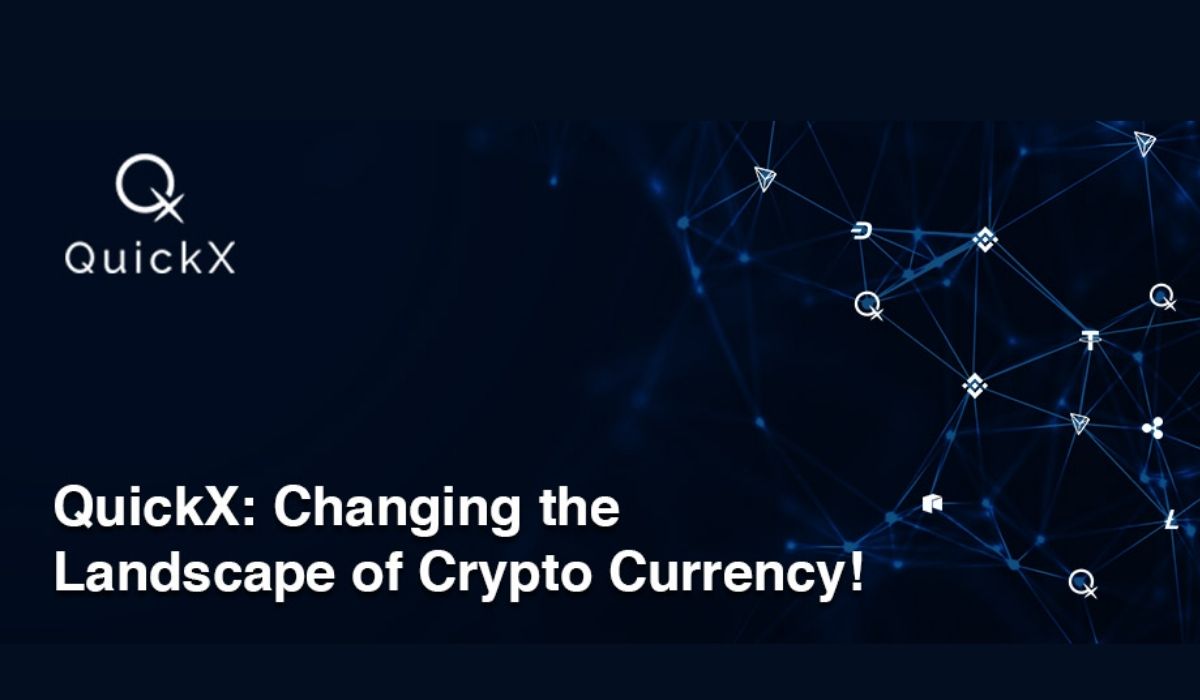 QuickX is no new name to the world of cryptocurrency. Having established a strong market presence for over a couple of years now, QuickX is changing the landscape of not only how the crypto world perceives QuickX and benefits from it, but also taking cryptocurrency and itself to remote corners of the civilization. Conceptualized and further brought to reality by Founder, CEO Dr. Vaibhav Adhlakha and Founder COO Dr. Kshitij Adhlakha, QuickX is a renowned name for all things related to cryptocurrency.

The Founders have been instrumental in changing the positioning and utility of cryptocurrencies throughout the globe. After taking and establishing Secugenius’ name to the top 5 cybersecurity firms of India and serving even the Fortune 500 clients, the Adhlakha brothers set out their minds and efforts into a rather modern approach to cryptocurrencies. Not only did they come up with multiple unique offerings and products through QuickX, but they also delivered them pro-efficiently.

QuickX is a name that is associated with not one, but multiple successful products. QuickX has its own cryptocurrency decentralized exchange (DEX): CNexchange which was launched less than 6 months ago. And has made 350% profit in its second quarter as compared to the last one. Through CNexchange the aim has been to make cryptocurrencies a more practical reality for one and all.

CNexchange is not the only crypto revolutionizing product in the market today by QuickX. Where on one hand CNexchange brings to its users the ease of buying cryptocurrencies by using their Debit Card, Credit Card, Apple Pay, Google Pay, and SEPA Payments, on the other hand, there is also the QuickX Mining Watch, which is regarded as the world’s first cryptocurrency mining watch and rewards the users for the number of steps they take. There are also the QuickX blockchain wallets to ensure that the users can safely and securely store their cryptocurrencies.

QCX: an abbreviation of QuickX Protocol is a utility token being used by thousands of people across the globe. QCX is currently listed on four well-renowned exchanges: BitMax, HotBit, LA Token, and Bilaxy and has been traded for over $2 Billion in the past two years. QCX is one of the top mid-cap currencies across the globe. QuickX is in talks with the topmost exchanges across the globe and QCX will soon be listed on many more exchanges.

QuickX is not just a theoretically efficient brand, but in the world of cryptocurrency where most of the projects are striving for their existence, QuickX is aiming for ease & comfort for its users and greatness & awareness for its home token QCX. Through QuickX, the Founders have shown to its users what a promising future lies ahead of them through cryptocurrencies and have always made their reality beneficial along with their own.