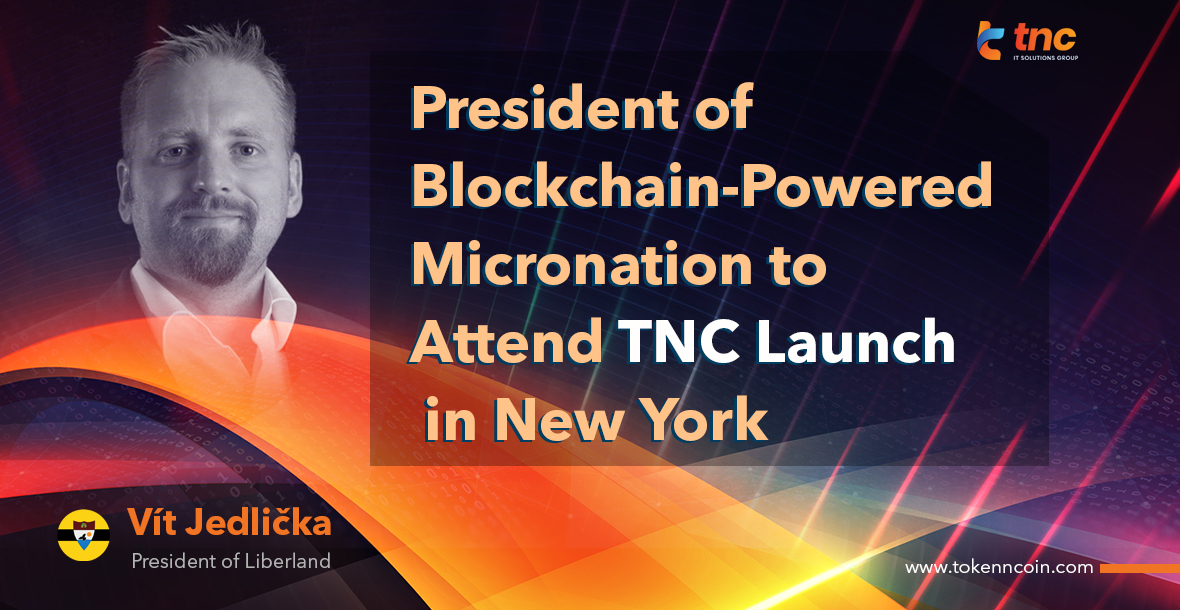 TNC IT Solution Group, a multinational blockchain development company that envisions to unite the cryptocurrency world, will be having a launching event on July 16 at the Rockefeller Center in New York City. Approximately 200 influencers and personalities in the blockchain industry and selected esteemed figures from different sectors of society are expected to attend.

One of the key speakers who will be present during the TNC launching event is Vít Jedlička, the President of Liberland, a micronation located between Croatia and Serbia. As of April 2019, there are currently 800 registered citizens of Liberland.

Established in 2015, the Free Republic of Liberland was only considered before as a ‘no man’s land’ located on the west bank of the Danube River. Jedlička envisions it to become a crypto-powered land having a decentralized government, voluntary taxes, and personal and economic freedom for its citizens — staying true to its motto, “to live and let live.” This territory has also been accepting digital currencies for funding like Bitcoin Cash (BCH), Ethereum (ETH), and Bitcoin Core (BTC).

Liberland strongly stands that in a world filled with over-taxation and over-regulation, their citizens will progress through the help of forward-looking technologies such as cryptocurrencies and DAO (Decentralized Autonomous Organization) incorporated systems. At present, Liberland has opened representative offices in more than 80 countries and established permanent diplomatic missions in numerous states in the United Kingdom, France, Germany, the United States, Hungary, Croatia, and Serbia, among others.

Jedlička expresses his support for TNC’s mission of providing comprehensive solution and expert appraisals to projects which have the highest potential. Liberland is also involved with spreading decentralized and innovative new technologies like cryptocurrencies. It has its own unit of currency — Liberland Merit — which is now listed on the Altilly exchange and is traded with USD.

In line with this, TNC will collaborate with the governing body of Liberland and will offer its services on blockchain consulting and will assist Liberland in integrating blockchain technology and finding global standard developers suitable for its administration.

TNC IT Solution Group is a blockchain-based company that has offices in different parts of the world. It is always on the lookout for quality blockchain projects to fund and guide through mergers and acquisitions (M&A). So far, TNC has already gained valuable collaborations with industry leaders, blockchain experts, and technology-inclined enterprises.

Further updates regarding the TNC launching event will be announced soon.

Keep in touch with the latest developments regarding TNC through its official channels!