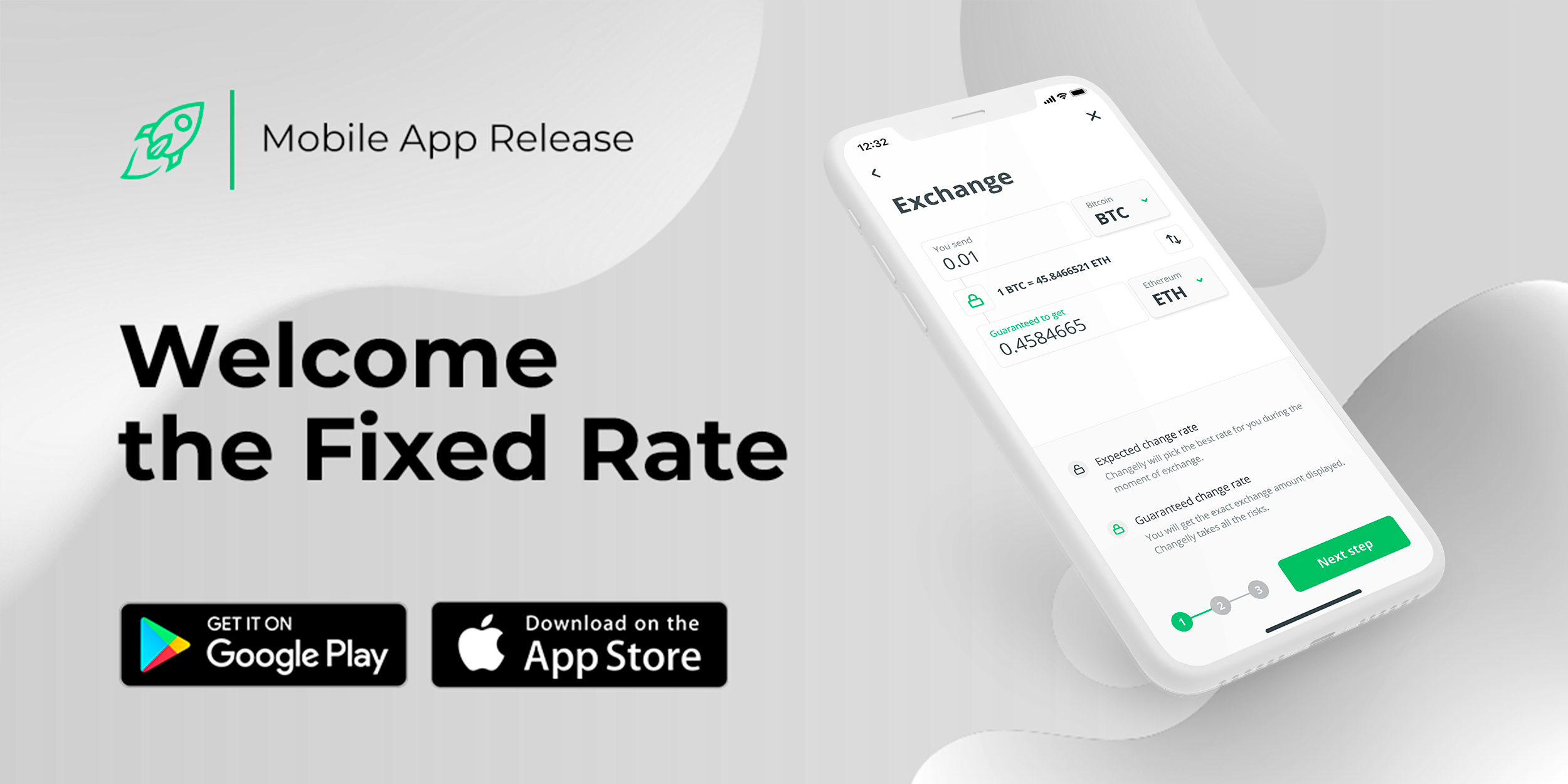 Changelly, a non-custodial, secure cryptocurrency exchange, has just launched its first iOS mobile app that is now on the App Store. This happened after its upgraded Android mobile app appeared on Google Play at the beginning of October. The applications offer the most favorable figures on the market – fixed-rate exchanges.

The Changelly iOS application is a groundbreaking mobile platform for the iPhone. The Android app appeared after the trial version rolled out smooth, finalized and complemented by several brand new features.

For instance, users can now add crypto addresses to the list of their favorites. Both mobile platforms with fixed-rate and floating-rate mechanisms are as easy to log in to as the Changelly website. Users will be able to purchase listed cryptocurrencies directly from the app at real-time rates with a credit card. The 0.25% fees are among the lowest fees on the cryptocurrency market.

Market fluctuations will not influence Changelly users due to the fixed-rate mechanism. The amount of cryptocurrency is displayed at the beginning of the exchange and is not changed until the end of it, with a small reserve amount included in the exchange rate to ensure the safety of funds.

Changelly recently launched an API integration promo with Infinito, which is valid until October 9th. First, the Changelly dApp was added to Infinito App Square. Then Changelly’s API was integrated into the Infinito Wallet so that Infinito Wallet clients could use the service by Changelly. Infinito Wallet users have one last chance to experience free cryptocurrency exchange with the help of the Changelly API and get a reward of 10,000 VNDC from Infinito.

Digible: the One-Stop Platform for Rare Collectibles and NFTs

Viberate And Blockparty Partner Up To Offer ‘Live Gig NFT’