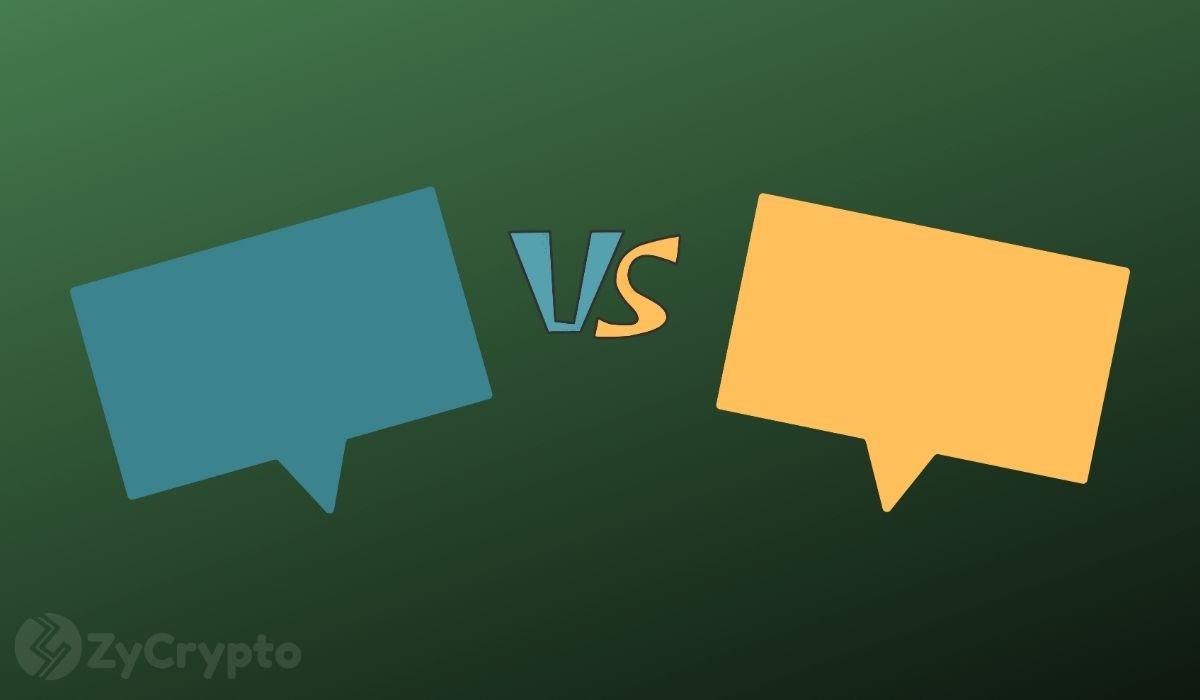 Michael Saylor, the CEO of MicroStrategy who became a Bitcoin believer earlier last year, and has since championed Bitcoins’ adoption by continually buying the asset for his company and educating other fintech companies to take part in accumulating some of the assets for their company’s reserve, will be going head to head with Frank Giustra, a Canadian Billionaire and gold proponent in a debate centered around Bitcoin and gold.

As expected, Michael Saylor will be speaking for Bitcoin, while Giustra will raise points to support the notion that gold is a better performing asset.

Frank Giustra, the CEO of Fiore Group who spent most of his career learning about gold, and built his billion-dollar fortune from the metal industry, generated a buzz on crypto-Twitter when he challenged Saylor to a public debate late last week. Although both parties have not met physically and spoken on any Bitcoin-gold-related topic, Saylor recently accepted the challenge.

The Crypto-community has expressed excitement for the debate, with many Bitcoin fans already predicting that Micheal Saylor will have more than enough points to place Bitcoin ahead.

Saylor also took to Twitter to quiz his followers rhetorically, on what points were suitable for his argument.

Sticking to a chart that shows the 10-year compound annual growth rate for leading global stocks, in which Bitcoin outperformed every single stock, including Tesla, Amazon, and gold by a large margin, the Bitcoin proponent seems prepared to take on the challenge.

Considering the current market statistics, if Saylor chooses to argue against gold solely based on performance, then there’s a truckload of reasons to suggest that Saylor will take the “trophy” home.

According to JPMorgan’s revelation last week, the cumulative inflows in all Bitcoin and gold’s ETF holdings show that institutional investors are choosing Bitcoin over gold.

Bitcoin also outperforms gold in terms of annual returns, as it easily takes the lead, thanks to the month of March marking its best first-quarter performance in eight years, while Goldman Sachs reported that in terms of year-to-date performance, gold is currently the worst-performing asset class.

Meanwhile, Giustra has insisted that he’s not against bitcoin. Instead, he explains that the debate between Bitcoiners and Gold proponents has become more heated and that investors would benefit greatly from hearing both parties tackle the topic objectively. “I am not a Bitcoin hater,” he clarified. “I just think that his[Michael Saylor] thesis on gold and Bitcoin needs to be explored.” He added.