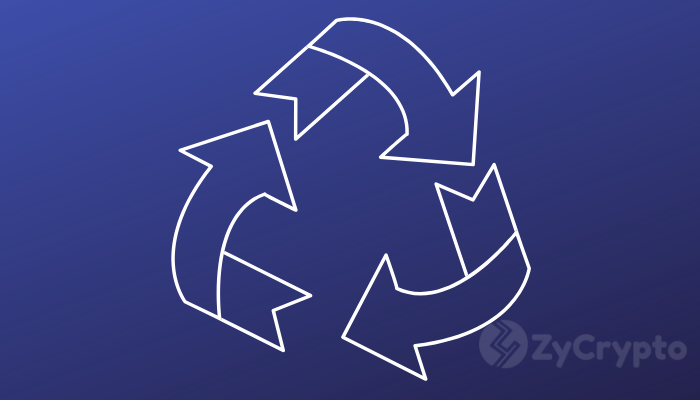 Tether USDT has made a move today to reclaim the 8th position on the market capitalization ranking list. Tron (TRX) had claimed the position from Tether yesterday after beating Bitcoin SV to the 9th within just two days. That’s a great move and a rare one right there.

Within the last few hours, however, TRX like most of the top ten cryptocurrencies is back in the reds except for Tether. No wonder it was able to regain its position. There has been a growing love for stablecoins of recent so that may be the secret behind the stablecoin being in the green while the remaining nine including Bitcoin are down.

TRX has been growing exponentially, gaining over 40% of its price within 48 hours and getting back among the top ten cryptocurrencies after a short break. The CEO of Tron Justin Sun is confident that the token has the potential to become the number one cryptocurrency in the coming years.

While its dream of decentralizing the internet is in progress, the Tron network has shown significant resilience with its token surging in price and market capitalization in the face of several bear markets even last year 2018.

Although it is falling with the other top cryptocurrencies in this sudden decline in the early hours of today, chances are it will soon bounce back and retake the 8th position unless Tether grows really fast to stay ahead.

Speaking of reclaiming positions, Ethereum (ETH) has also lost the second position to XRP again as the decline started. Ethereum like TRX has seen significant growth following the crash in Q4 of 2018. It reached a price of $160 in the last few days but has now crashed to just above $130 at press time.

The market is showing an interesting pattern with all the displacements and it will be interesting to see what happens in the next few hours. The concern though is how long the decline will last. Is it an indication of another massive sell-off or is the market just taking a short break to return soon?