The 4th largest cryptocurrency by market capitalization, Litecoin (LTC) is currently keeping its head up even though the market does not seem friendly at the moment. The cryptocurrency which fell to as low as $130 on Tuesday has made a significant recovery to be trading at $139 with a 3.96% gain in the last 24 hours when most of the top crypto assets bleed at the time of writing this article. 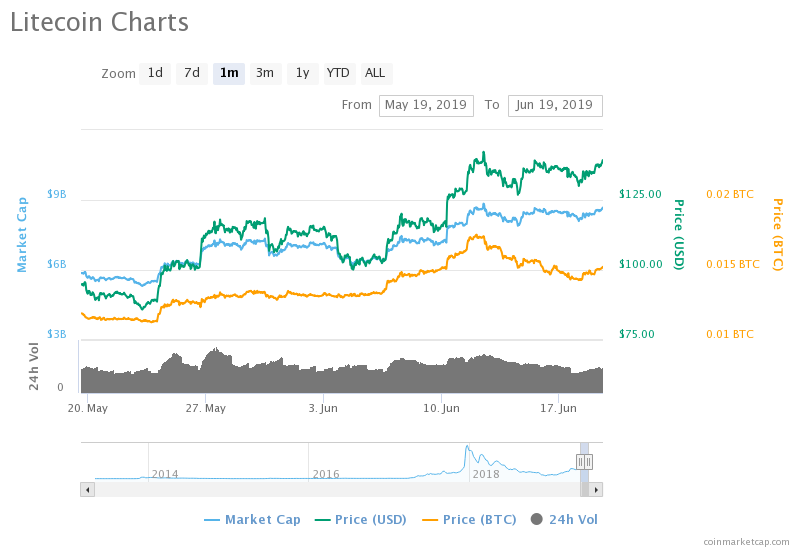 This follows the announcement of LTC debit card launch by Litecoin Foundation. The card which was launched in collaboration with virtual currency exchange Bitbox will allow users spend cryptocurrency both online and in any store that accepts major credit cards globally with no restrictions, making spending Litecoin as easy as spending USD with conventional credit cards.

In the wake of the announcement, Litecoin has risen sharply within 24 hours and has also been making some significant progress prior to the Debit card launch. This was attributed to the upcoming halving which is creating some level of FOMO among users thus attracting more investors and buyers.

Bitcoin, the number one cryptocurrency will also be halving in 2020. It is expected that the FOMO will also drive many to the asset as it has started already. Analysts have predicted unprecedented price gains for Bitcoin partly because of the halving as its supply will be reduced by half, thus increasing scarcity.

As the year grows older and we get closer to 2020, Bitcoin is expected to reach a higher price and this may apply to Litecoin as the same principle applies to it. With a combination of the halving effect and the LTC card which will make spending easier, Litecoin may be seeing higher highs in coming months as more people get into it for ease of spending if not any other reason.

These Five Altcoins Have Emerged As Most Preferred Alternative Crypto Assets