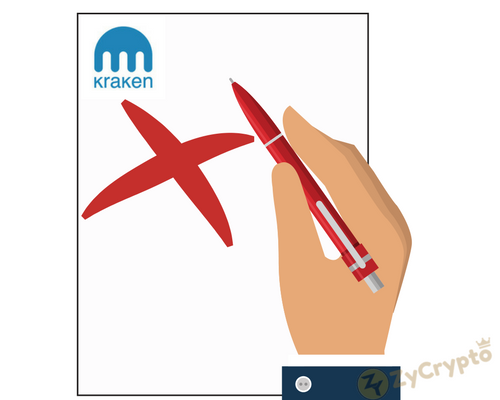 Kraken, one of the largest cryptocurrency exchange operators in the world says it will not comply with the New York Regulators’ request for information in its New Virtual Market Initiative, which requires transparency from exchange operators.
Early this week, New York Attorney General Eric Schneiderman started investigating the activities of large cryptocurrency exchange operators. As part of the inquiry, he sent 34-points questionnaires to 13 popular exchanges, instructing them to complete the forms by May.
Most exchanges, including Coinbase, the Gemini Trust, and bitFlyer responded positively to the request, with intentions of giving their full cooperation to Schneiderman’s goal of promoting transparency in the crypto industry.
However, Kraken, one of the exchanges that received the questionnaires, reacted negatively to the letter.
Kraken CEO, Jesse Powell, posted on Twitter on Wednesday

Kraken’s BitLicense-prompted exit from New York in 2015 pays another dividend today. When I saw this 34-point demand, with a deadline 2 weeks out, I immediately thought ‘The audacity of these guys — the entitlement, the disrespect for our business, our time! The resource diversion for this production is massive. This is going to completely blow up our roadmap!’ Then I realized that we made the right decision to get the hell out of New York three years ago and that we can dodge this bullet.

Somebody has to say what everybody’s actually thinking about the NYAG’s inquiry. The placative kowtowing toward this kind of abuse sends the message that it’s ok. It’s not ok. It’s insulting. https://t.co/sta9VuXPK1 pic.twitter.com/4Jg66bia1I

As Powell implied in his post, Kraken stopped its operations in New York in 2015 during the “Great Bitcoin Exodus” that took place after the introduction of the controversial BitLicense, which requires every cryptocurrency firm to comply to a strict regulation if they wish to continue their service in the state.
He also mentioned that the exchange is ordinarily open to making the government understand the company’s business activities and the cryptocurrency industry at large. However, Powell criticized Schneiderman’s approach, arguing that New York is not a suitable business environment.

The CEO also blamed other cryptocurrency exchange operators for accepting to cooperate with the NYAG.
“Somebody has to say what everybody’s actually thinking about the NYAG’s inquiry. The placative kowtowing toward this kind of abuse sends the message that it’s ok. It’s not ok. It’s insulting,” he concluded. “Good luck New Yorkers.”