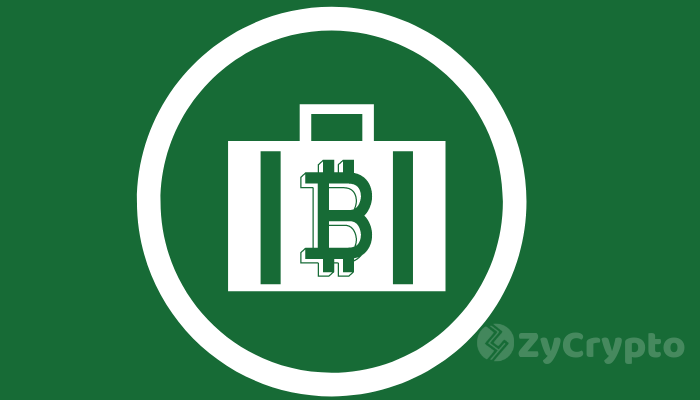 One of the financial experts and CEO of a global leader in financial service, Jamie Dimon has been open in his lack of interest in the digital asset, bitcoin. Dimon who operates an investment banking firm JPMorgan may have seen bitcoin as a threat considering the fact that he operates on a parallel platform.

Dimon has openly attached the digital asset, making derogatory statements about it, last year he called it “a fraud.” He also said he would fire any of his employees who trade on bitcoin, for being “stupid.”
Jamie has previously said in an interview that he would not talk about bitcoin;

“I wouldn’t put this high in the category of important things in the world, but I’m not going to talk about bitcoin anymore.”

In a New Conversation, Jamie talked about Bitcoin and gave his insights on the Cryptocurrency as well as the blockchain.

While speaking in the Axios conference in Los Angeles, Dimon was asked why his opinion about bitcoin changed. He denied ever changing his mind and maintained he doesn’t care about bitcoin. His statement was categorical;

“I never changed what I said, I just regret having said it. I didn’t want to be the spokesman against bitcoin. I don’t really give a sh*t, that’s the point, okay? The blockchain is real, it’s technology, but bitcoin is not the same as a fiat currency.”

The bitcoin critic had boasted that JPMorgan performs more transaction than bitcoin. He claimed that bitcoin moves 2 or 3 million dollars daily but JP Morgan moves six trillions of dollars a day.

Dimon has been negative about bitcoin calling it different names, like ‘stupid,’ ‘fraud,’ and also a strong supporter of “blockchain not bitcoin,” brigade.

JP Morgan could have started seeing bitcoin from a different perspective when they accepted to clear the future of bitcoin, going contrary to the opinion of their CEO.

A co-president of JP Morgan, Daniel Pinto said, his company may start clearing bitcoin futures for its brokerage clients, which they had not done before.

“If we need to clear futures of bitcoin, can we do it? Yes.”

They also accepted in a published report that the digital asset has come to stay and is unlikely to have a negative effect in the financial industry.
Dimon’s opinion could be personal and doesn’t fall in line with the view of his company.