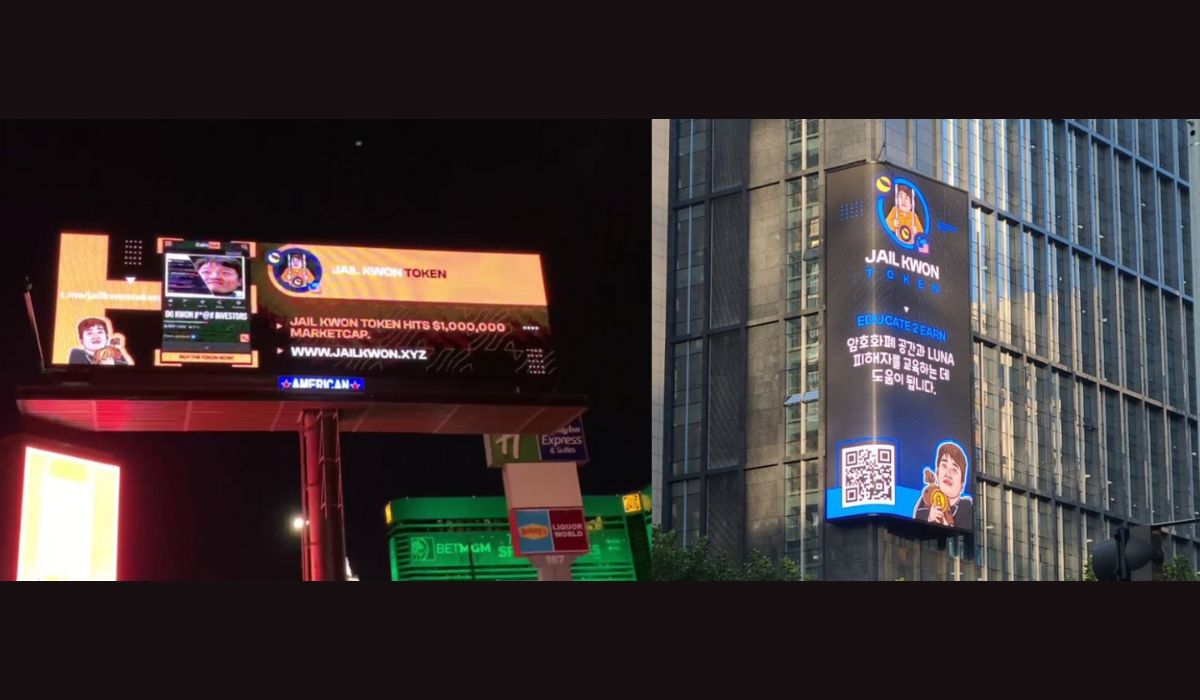 LAS VEGAS, NEVADA / SEPTEMBER 23rd, 2022 / According to information provided by the cryptocurrency monitoring company Messari, the value of a recently introduced meme coin known as Jail Kwon shot up by 500% on September 14 and reached a high of $0.00128. The fact that the South Korean authorities have issued an arrest warrant for the Terra creator is the primary driver behind the meteoric rise in the price of this currency. Although it has decreased in value since then, the token is still up more than 280% over the previous day.

After the downfall of the Terra ecosystem, a group of investors who had suffered significant financial losses due to that catastrophe founded the company, Jail Kwon.

It is important to note that almost immediately after the collapse, rumours started to emerge about potential deceptive conduct on the part of the ecosystem managers. These rumours spread so quickly that it did not take the Korean authorities very long to make it public that they had launched an investigation into the matter.

This inquiry led to the issuing of a warrant for Do Kwon’s arrest a few days ago, namely due to the concrete charges that he committed illegal acts, which were uncovered throughout the investigation. On top of that, Kwon was also being looked into for past concerns prior to Terra’s collapse.

It is not hard to imagine that in such a situation, both the legal authorities and the investors would conclude that Do Kwon had some criminal culpability for the events that transpired and would take whatever action they saw necessary to address the situation. While the Korean legal system may have issued an arrest warrant, frustrated investors might have used a specially designed token.

Binance Chain is the blockchain platform upon which the JKWON coin was released earlier this month, tutorials are available on how to buy JKWON on Binance and Coinbase. Jail Kwon can also be traded on PancakeSwap, a decentralized exchange. The Jail Kwon token also has an education programme. Contributors who provide crypto-themed instructional content are paid with JKWON tokens. The initiative is doing well in South Korea, as indicated by the token’s market valuation lately.  This might continue for a little while, thus demand for this token can abruptly rise several times, the time has just begun for Jail Kwon with the issuance of an arrest warrant, there is potential of a massive pump once there is arrest and court cases upon the matter.

By using Do Kwon’s popularity and social media following and Luna’s demise, this initiative may be the first of its kind to focus on education in order to generate revenue. It could potentially be the next Dogecoin (DOGE), SHIBA Inu Killer (SHIB), and even outperform SAFEMOON (SFM).

With the LUNA collapse still fresh in people’s minds and Bridge Exploits and NFT hacks happening daily, Jail Kwon team decided to establish a project to enlighten the community about crypto hazards. They believe there would have been less losses if people knew how algorithmic stablecoins operated. If consumers knew how to terminate smart contract sessions, phishing and NFT frauds would decrease. People are losing their life savings due to lack of crypto knowledge. This is what prompted the concept of the world’s first Educate to Earn app. It allows you to upload material you believe would be beneficial to the crypto community and advises others on how to avoid poor investments and frauds. You may post about online safety on Tiktok, Youtube, Instagram, and Twitter to get $JKWON airdrops.