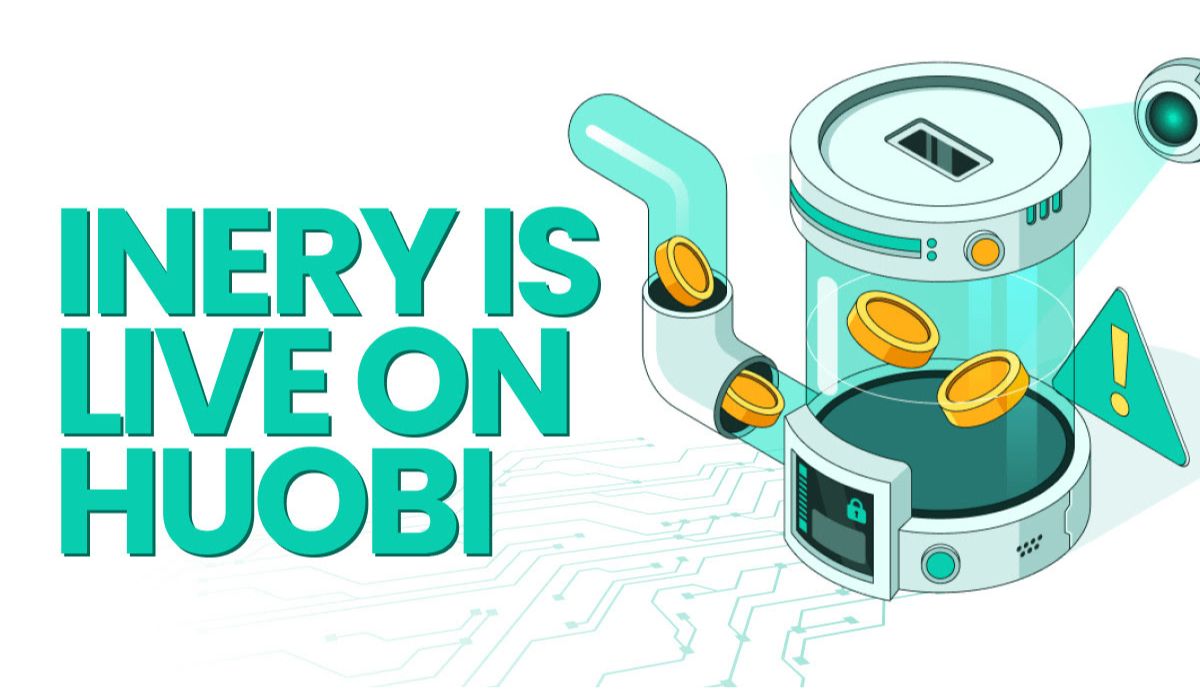 Inery, a decentralized data system, is pleased to announce that $INR is live on Huobi as it moves to revolutionize how data is handled on the decentralized web.

Notably, during the first month of trading INR on Huobi, traders will be able to provide liquidity in the staking pols for transaction fees and staking rewards. Traders will also benefit from INR trading competitions, offering fantastic prize pools and KOL competitions.

Huobi is one of the world’s leading cry[to exchanges that supports 1000 plus trading pairs and over 600 cryptocurrencies. Listing on the exchange will go a long way in helping onboard more people to the project helping with its mission of reshaping the world through the paradigm shift in data management.

Inery is a decentralized data system created to enable a new paradigm -or data management by integrating blockchain functionalities and distributed database properties. Through its creation, Inery hopes to enable interoperability between different industries without compromising on speed, security, or performance. The $INR token used to secure and empower the ecosystem is at the heart of the project.

Inery held a public testnets launch last month ahead of the listing. The testnest release with over 160 nodes allowed developers to test different functions and features of the blockchain. The successful testsnet paved the way for Iney’s mainnet launch for Q1 2023.

Since its launch, the project has made numerous milestones and was recently awarded the “Best Emerging Blockchain Solution” at the Leaders in Fintech 2022 Awards. Its CEO Dr Naveen Singh, Inery CEO, also received the “Blockchain Leader of the Year” award at the prestigious GB Tech Awards.