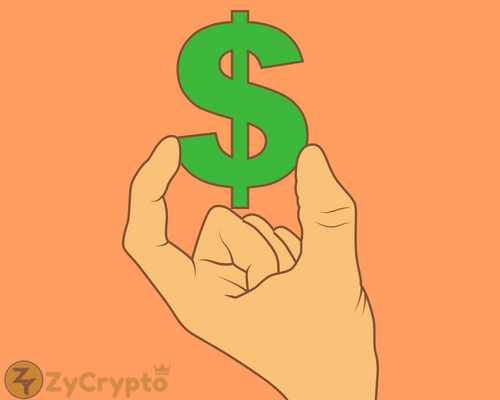 The blockchain startup Circle has 110 million dollars in funding and the support of Goldman-Sachs.  The Boston based company now plans to introduce a USD backed cryptocurrency to bring all of the advantages of blockchain to traditional forms of payment.
The coin which will be known as USD Coin will be based on the Ethereum blockchain and tied to the price of the American Dollar. The idea of a cryptocurrency backed by valuable real world tradable assets has been gaining traction in recent months.
Companies and even countries have announced intentions to create coins backed by precious metals like gold or silver or other commodities like oil or diamonds.  By backing a cryptocurrency with tangible assets developers hope to create stability and allow users to spend money using blockchain technology without the worries of price volatility.
A USD tethered coin would be what blockchain and crypto experts refer to as a “stable coin.”   Without the crazy price swings we see in the crypto markets on a daily basis, people would be more inclined to actually spend the crypto on their typical day to day needs.
Circle CEO and co-founder Jeremy Allaire recently boasted that Circle is  “one of the biggest and possibly one of the most profitable crypto-companies in the world,” and that the fintech company is now worth close to $3 billion.
Circle says the goal of their USD coin is to provide “detailed financial and operational transparency, operating within the regulated framework of U.S. money transmission laws.”
In an interview with Xconomy, Allaire made it clear that the company isn’t interested in the shady side of the crypto space. They plan to work with banks and lawmakers to bring blockchain to the masses.  “As I like to say, go in through the front door—don’t go hide in the shadows,” Allaire told xconomy.
The team at Circle expects the stability of the USD coin to usher in the use of blockchain technology around the world.  Circle claims to basically be building the infrastructure of free global p2p transactions.
In their vision people will be able to “transmit value to anyone, anywhere, instantly, at zero cost, the same way I can share my opinion globally at zero cost or share content with someone instantly, globally,” the CEO said to Xconomy.  He went on, “And so, you have a more open, global, inclusive economy that’s made possible when this stuff gets delivered at scale.”
The speculative investing and trading of bitcoin and cryptocurrency in general is not likely to come to an end in the very near future so a popular stable coin can allow blockchain technology to enter daily life much faster.