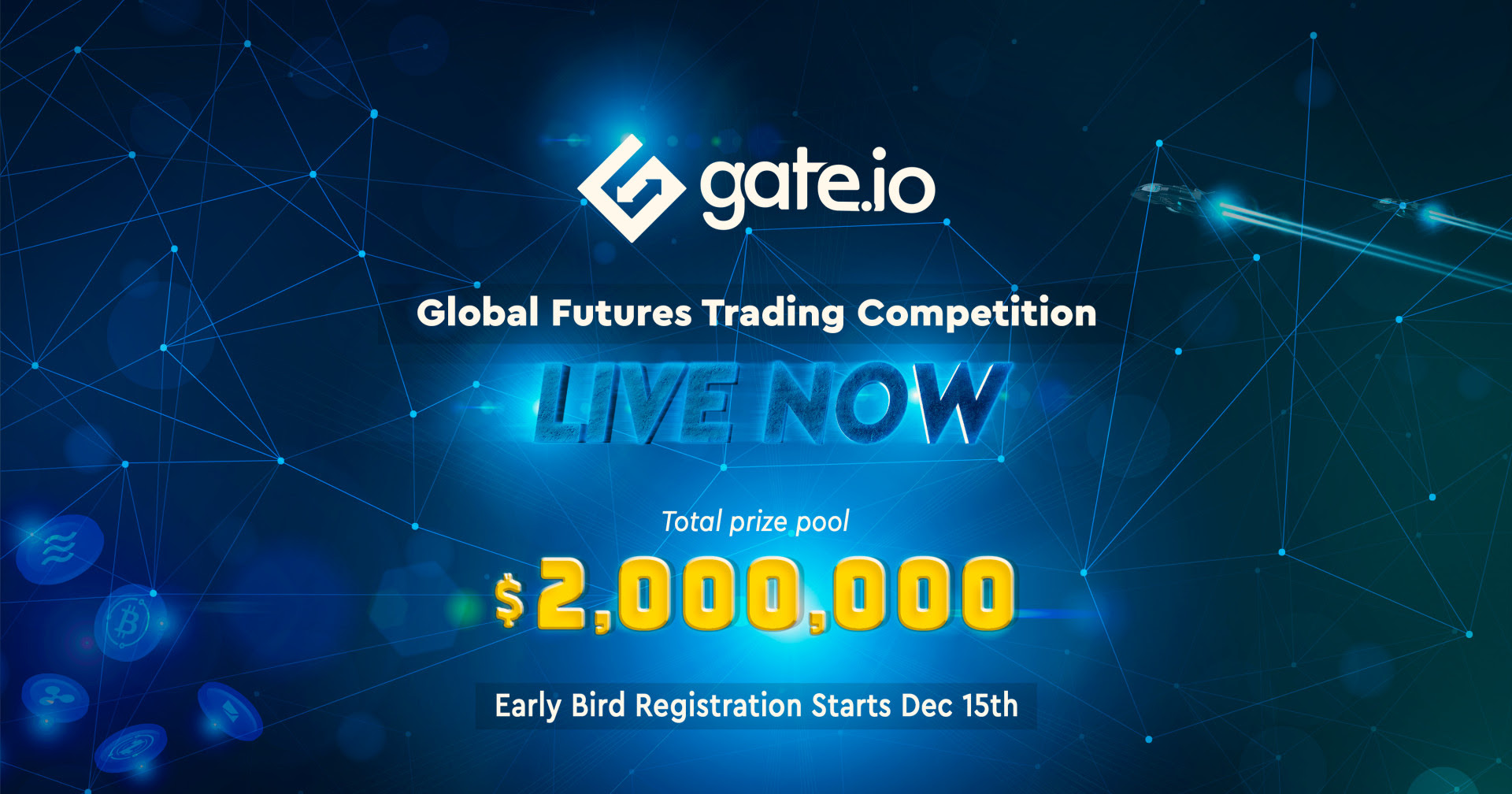 Gate.io, one of the world’s biggest trading platforms with over 9 million users in 190 countries across the globe, has announced that the early bird registration for its Global Futures Trading Competition has officially commenced.

Interested participants are simply required to sign up for Gate.io and open a contract account with greater than or equal to 200 USDT in assets to participate in the $2-million prize pool.

New users that will be joining the competition via the early bird registration will receive 10 USDT, while current users who register will receive 5 USDT.

Moreso, 80% of the total prize pool is allocated to the Troop Showdown, “Troop Captain” who invites new users to join the troop will also receive 10 USDT each.

Meanwhile, 40% of the total prize pool is allocated to Solo Showdown.

More interestingly, there will be provisions for other rewards during the event, like contract bonuses, limited edition OpenPunks nonfungible tokens (NFT), and lots more.

The chief marketing officer of Gate.io, Marie Tatibouet commented on the big event saying, “The first crypto extravaganza of 2022 is just around the corner, and we have carefully planned GFTC in every single aspect.”

“In the past, people have marveled at Gate.io’s extensive range of products and services, such as the over 1,200 coins and tokens available to trade, GateChain, and NFT Magic Box. Gate.io’s contract products have grown tremendously over the last year, reaching the top five worldwide,” she added.