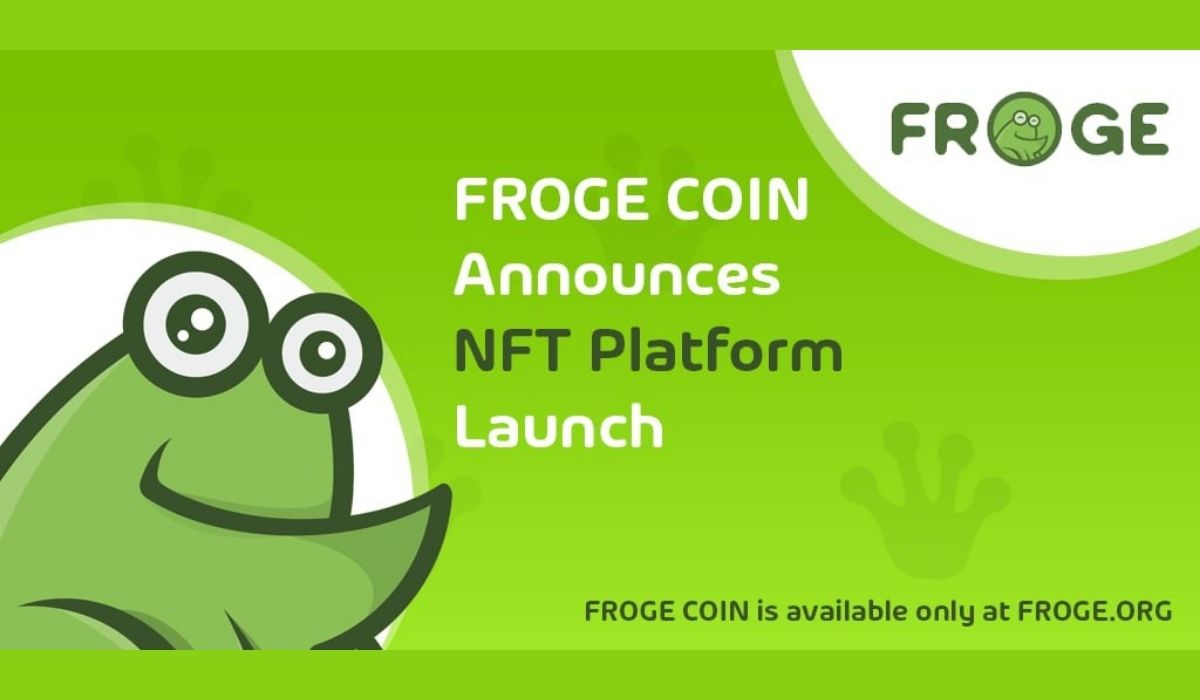 Froge network, a decentralized crypto startup, has announced the launch of its non-fungible tokens platform to venture into the digital art world. The announcement has closely followed the launch of the Froge coin that happened earlier this month.

Notably, the Froge ecosystem is determined to revolutionize the crypto industry by introducing user-friendly services that novice investors and traders can relate with.

According to the company, a roadmap has been outlined to see that Frogecoin has been listed on major crypto exchanges including Binance. However, Frogecoin is currently listed on the froge.org trading platform where anyone can buy, sell or trade them. The asset has managed to rally approximately 1800% with a market capitalization of $4,108 878 at the time of reporting according to data from the official Froge website. Notably, Frogecoin is an ERC-20 based coin with a circulating supply of 10,460,484 units of Froge. There are 989 539 516 total Froge coins left to be distributed to the Frogecoin ecosystem. The asset was trading around $0.3928 at the time of writing, having jumped approximately 13% in the past 24-hours.

Frogecoin traders can use the FrogeWallet that was developed to ensure seamless transfer of coins with utmost security within the ecosystem. Furthermore, the company has developed Froge apps, Froge Visa cards, and also Froge games. They are meant to create more utility and liquidity for the Froge coin.

Forward, the Frogecoin fraternity has scheduled more events during the second and third quarters of 2021. Among them, the company is set to launch its cryptocurrency exchange during this period. Besides, the company will also launch the Froge cards, merchant services, iOS, and Android crypto wallet apps, and games.

During the fourth quarter of 2021, Forge network has scheduled its native token to be launched on three top crypto exchanges including Binance.

The company anticipates having a one-stop crypto ecosystem that provides traders with up-to-date technology. The newly launched NFT platform will provide digital art enthusiasts a platform to trade their artwork with other global traders.

The NFT ecosystem has grown almost in a similar way as the Defi ecosystem grew last year. However, there are concerns that the NFT industry might be trapped in a bubble that could pop up anytime.