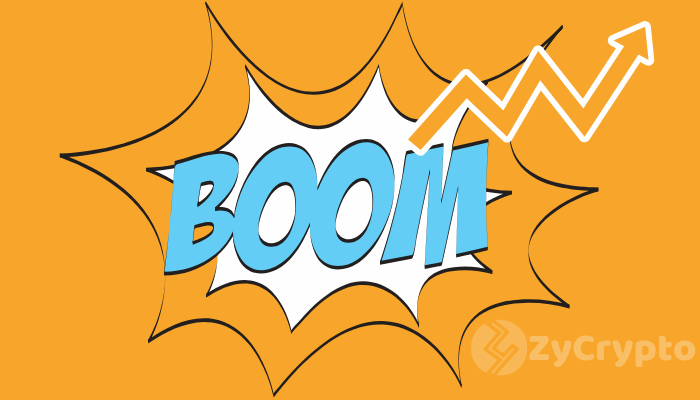 Probably many of us remember the news that the market value of bitcoins has already exceeded the capitalization of PayPal. Despite the continuing decline in the cryptocurrency market, slowly but surely, cryptocurrency market cap tends upward, stepping on the toes of the Visa transaction value.

Cryptocurrency gradually becomes an integral part of all spheres of life: social networks, e-commerce, banking, health, games and so on. That’s why it’s the right time for considering the following nuances, which can significantly affect the cryptocurrency globalization, helping cryptocurrencies become fully integrated into the world economy and, consequently, into the daily life.

The first and key point cryptocurrencies need to take root in everyday life is simple management tools that will not imitate payment applications but will completely replace them.

Already now, there are many solutions that allow accepting cryptocurrency as payment for goods and services, though not many offer all-in-one services. As a result, a user has two options to choose between ー either to set up a hardware wallet and create an exchange account or to trust third-party payment processing systems or use embedded plugins.

Due to the volatility of digital money, many blockchain experts recommend exchanging it for a fiat currency at the earliest opportunity and hold cryptocurrency only an amount that can be lost. Moreover, the commission per transaction varies, and can even exceed the fees charged by traditional payment systems. An adequate solution may become so-called zero-fee cryptocurrency services. The GoByte developers have solved the problem of high commissions faced by users of many other cryptocurrencies and exchanges by introducing GoByte Pay service.

The transaction fee within the network is not charged, and the user has to pay a small fee (less than 3%) for withdrawal only if the funds are sent from an address that is not included in the GoByte module. Furthermore, master node holders are not obliged to pay a fee as well. Some merchants have already found it quite convenient and entered into a partnership with similar cryptocurrencies.

According to Huffington Post, a vending hardware producer iVend was first to test the GoByte module on its coffee machines.
The trend is observed not only in the catering business. In a move that is aimed to propagate the mass adoption of cryptocurrencies, AutoFair, a car dealership in New Hampshire, has started accepting Dash as a form of payment.

Thousands of merchants will be able to use payment processing systems for cryptocurrency transactions soon thanks to GoByte Pay or Woocommerce, a widely-used plugin presented by Coinbase.

This may further propel the adoption of digital currencies in various business niches and make their better features such as security and smaller fees benefit both consumers and merchants. According to interactive radar by Coinmap, to date, at least 13,381 venues accept bitcoin, which is 100 more than a month ago.

If the cryptocurrency wants to infiltrate the traditional financial market, it should be introduced to government institutions. Indeed, in order to fully integrate into the state economy, a cryptocurrency needs to be subject to settlement, while classic banks are the tool for regulating finance in all states. Luckily, the age of cryptocurrency banking is coming. Despite the fact that at least a few years are required for the implementation of the blockchain into the banking sector, already now the technology is actively supported by leading banks around the world.

The blockchain technology has firmly occupied this niche and is only gaining momentum since the evolution of cryptocurrency is still in its initial stages. Quite possible that in the future there will be no banks in the traditional sense: banks that develop together with the latest technologies, including cryptocurrency, will always be in great demand.

Consequently, in this case, traditional banking may become a thing of the past, making way for progress and new opportunities. But let’s get back to the present.
Initially, the banking sector avoided all issues related to cryptocurrency or blockchain. However, the years went by, and on December 17, 2017, something completely unexpected happened.

Bitcoin incredibly increased in price and caused a storm of discussions around the world, with no one, even banks, could not stand aside.
Some banking and government bodies were (and many remain so far) very skeptical about the implementation of cryptocurrency. For example, the Chinese government continues to put an end to any activity that could somehow be related to cryptocurrency.

The blocking of websites was followed by ICO prohibition and has been applied already for a year since September 2017.
However, one shouldn’t forget about crypto-friendly countries like the “blockchain island” of Malta, whose prime minister has recently called cryptocurrency “the inevitable future of money”. This summer the Maltese Parliament passed three bills regulating the cryptocurrency industry and the blockchain, while Colombia announced support for cryptocurrency and blockchain companies.

The digital race has been joined by Bermuda, recognized as a new haven for crypto businesses and investors. In August 2018, Bermuda government passed a law allowing for the prompt ICOs approval, and just in a couple of weeks attracted funds from the Binance exchange and the iCash cryptocurrency.

Nevertheless, the main cryptocurrencies (in particular, Bitcoin and Ethereum) still remain the means of storage rather than of exchange. Therefore, it’s quite problematic for banks to carry out operations with cryptocurrency directly.

An important factor in the development of the digital economy is Bitcoin-ETF. It is no secret that the adoption of the SEC Bitcoin-ETF will be the main initiators of the globalization of the cryptocurrency as a whole.

ETF could be a perfect solution for investors who don’t want to risk their own funds and invest in unregulated and possibly unprincipled exchange. Bitcoin-ETF is a potential solution to this and many other industry problems. However, the long-awaited adoption of Bitcoin-ETF is hindered by regulators.

During the outgoing year, SEC repeatedly prohibited the entry of various ETF proposals to the market: two requests made by Winklevoss twins for Bitcoin-ETF acceptance within the New York Stock Exchange and the Chicago Board Options Exchange were rejected in the summer of 2018.

Another attempt was made by SolidX Bitcoin ETF, the decision on which has not yet been made and is postponed until December 29, 2018. However, representatives of CBOE hope that this ETF will be approved in early 2019.

There are many other opinions regarding the date of accepting ETF, for example, Pantera Capital‘s CEO noted that ETF approval is too complex and bureaucratic process. He believes that the crypto industry is at the very beginning of its development and it’s early to comment on the success of the approval of any Bitcoin ETF:

“Very few people know that the last asset class that was certified for an ETF was copper. It took three years, even though copper has been around for 8,000 years… So, I think an ETF is years away.”

Whatever the case, a very important point was made by Vitalik Buterin, co-founder of the project Ethereum:

“I think there’s too much emphasis on BTC/ETH/whatever ETFs, and not enough emphasis on making it easier for people to buy $5 to $100 in cryptocurrency via cards at corner stores. The former is better for pumping price, but the latter is much better for actual adoption.”

In recent months, a real “boom” has been occurring among stablecoins in the cryptocurrency market. So, in September, Paxos and Gemini launched two new stablecoins: Gemini (GUSD) and Paxos Standard (PAX), both backed by the US dollar at a ratio of 1:1. In addition to the USD, the Swiss franc (Union Bank AG), the British pound (London Block Exchange), Chinese Yuan (bitCNY) and even metals (Tiberius Technology Ventures) provide the stability of cryptocurrencies.

In the crypto community, the hottest debates dedicated to the feasibility of stablecoins and where they can lead the industry as a whole are taking place. For example, a well-known trader and analyst Tone Vays predicted the disappearance of the most popular stablecoin Tether:

“I do not understand why everyone was so attached to the stables. In the end, it’s the same dollar that can be sent using a technologically unstable centralized database, regardless of whether it’s Ethereum, Omni Layer or Binance server. I believe that Tether will inevitably cease to exist in the future.”

Well, judging by the latest news on the market, USDT may really face some difficulties. Nevertheless, despite the instability of the stablecoins rate, Binance, the world’s largest cryptocurrency exchange, announced its plans to list new stablecoins in addition to the three already supported ones, including USDT, which has recently fallen below $1:

“We hope to be able to list a few more stablecoins on our platform. As a whole, we believe things will even out. We will continue to support USDT,” said Wei Zhou, Chief Financial Officer at Binance.

Cryptocurrency has already come a long way in order to fully penetrate our daily lives, but sometimes to achieve the goal just a few aspects are not enough. For the mass adoption, the cryptocurrency market is lacking several solutions to come. In addition to the above aspects, the transition from segmentation to a more unified system ensuring the compatibility of different blockchain platforms will contribute to its mass adoption.
Looking ahead, 2019 seems likely to be eventful.

A long-awaited SEC’s decision on Bitcoin-ETF, as a result of which, to quote Jon Ostler, the CEO of Finder.com, the bear market will persist till 2019 and once the issue is settled, the price of cryptocurrencies is expected to pick up. There is one more prediction regarding the wide acceptance of security tokens: according to Kyle Asman, BX3 Capital blockchain business advisory firm co-founder, “next year will be the year of the security token.

People are tired of purchasing assets that aren’t tied to something with equity, a share of future profits, or a hard asset such as real estate.”
It is worth remembering that the increase in demand for cryptocurrency among the real-sector organizations is also predicted. As an example, Fidelity Investments, one of the largest asset management companies, has recently announced the launch of a cryptocurrency department to work with crypto trading and provide custody services for institutional clients.

According to Eric Larchevêque’s prediction for the upcoming year, worldwide companies are at the gates of cryptocurrencies waiting to invest as much as they can. What is obvious for now is that the situation is becoming increasingly tense and significant changes in the industry are already inevitable.