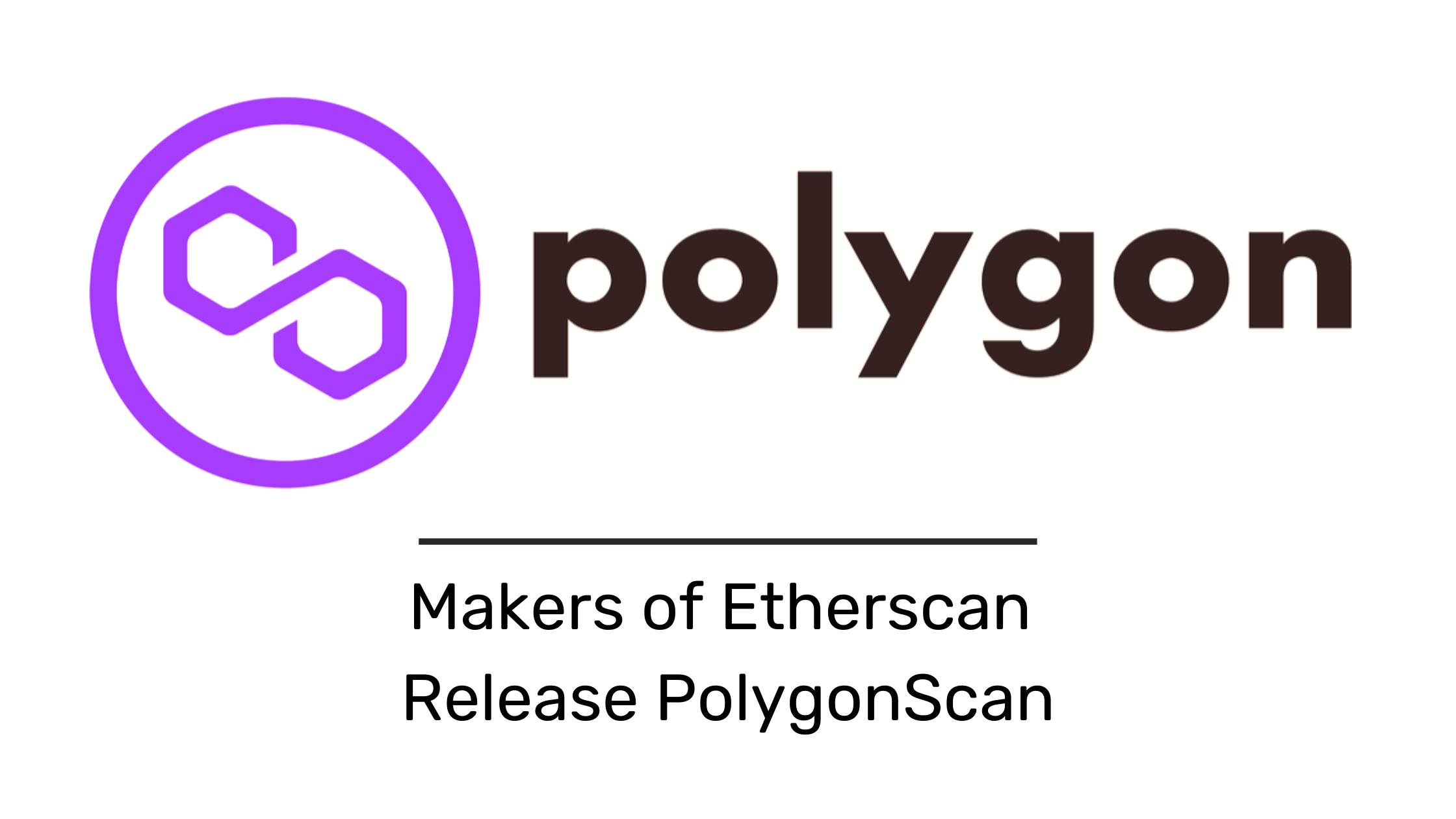 The highly awaited PolygonScan explorer has been released by Etherscan makers. Its basis lies in the Etherscan architecture and its development was done by the same team.

Etherscan.io is one of the most popular Ethereum explorers as it offers a set of diverse crypto actions. These include supporting ERC-20 and ERC-721 tokens, tracking transactions, and reading and calling contracts. It also has added features such as Developer APIs and Gas Tracker. The blockchain explorer is friendly due to its unrivaled flexibility, making it a favorite among users and developers.

Etherscan creators utilized the same Etherscan technology to advance the Polygon PoS chain. The aim of this is to offer both developers and users a substantial environment for blockchain interaction. Polygon has seen activity on its platform increase in the past couple of months with more than 400 DeFi projects and dApps deploying on it. Its high throughput has multiplied daily transaction numbers to four times those of Ethereum, reaching 7 million. Polygon is, however, not close to its performance limit.

Polygon offers full support for EVM and its virtual environment resembles that of ethereum, thereby allowing users easy port of contracts. Even though tooling on ethereum supports Polygon unconventionally, current blockchain developers did not provide the unique features present on PolygonScan.

Mihailo Bjelic, Polygon co-founder stated that the Etherscan team’s expertise in building effective and applicable blockchain explorers is unequaled. He also expressed gratitude for receiving their support. “I expect PolygonScan to quickly become the most used block explorer on our growing PoS chain, completing the stack of compatible Ethereum tools,” he added.

Polygon is the first-ever coherent and convenient platform built for Ethereum scaling as well as infrastructure development. Polygon SDK, its core component, is a flexible modular framework that underpins the creation and connection of Secured Chains. These include Plasma, zkRollups, Optimistic Rollups, and Validium among others. The framework also supports stand-alone chains such as Polygon PoS which are designed to enable flexibility and autonomy.

Scaling solutions provided by Polygon’s platform have been increasingly adopted with over 400 Dapps, an estimated 200 million transactions, and more than 1.3 million unique users.