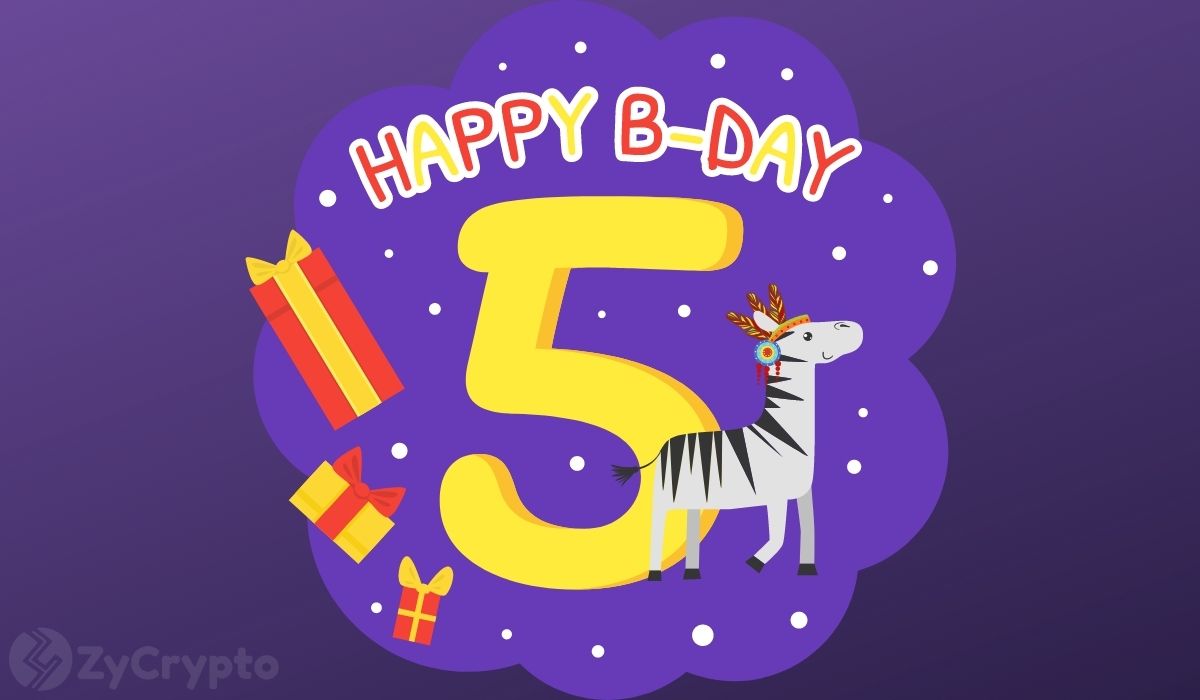 The Ethereum Foundation team celebrated the 5th anniversary since the official launch of the Ethereum Network dubbed Ethereum 1.0 (when the genesis block was created).

The official celebration post focused on the many milestones, achievements, and challenges that have occurred within such a short period and what’s more to come.

“In these five years, Ethereum has grown beyond any builder, team, or organization, but hopefully you’re as inspired as ever to keep working together to help Ethereum become everything that we all dream for it to be and more.”

Ethereum is the most popular DeFi platform and rightly so as the pioneer of smart contract technology, which allowed Blockchain developers to build better and varied infrastructure for decentralized finance and beyond.

This achievement was crucial considering before Ethereum, many disagreements arose between bitcoin developers, which led to several hard forks and division inside the bitcoin community.

While Bitcoin remained exclusively a monetary network, Ethereum went further with smart contract technology.  For the last five years, Ethereum has been successfully pushing the boundaries of blockchain technology with decentralized applications and as a medium for digital payments.

Ethereum’s position in the crypto market is unique and it continues to explore how much blockchain technology can do for decentralized finance and other economic sectors.

All other Dapp building ecosystems borrowed a page from Ethereum’s books. Data from DappRadar ranks Ethereum-based DApps as the best across categories such as DeFi, games, gambling, exchanges, and marketplaces.

Ethereum is also the best performing crypto asset of 2020 prompting one analyst to say that ETH compliments Bitcoin and is actually the closest blockchain ecosystem to deliver the promises that Bitcoin had in 2009.

Ethereum’s Potential Is bound to Takeoff after ETH 2.0 Launch

Besides introducing self-executing contracts, Ethereum will also be the first to shift between two completely different governance protocols. All eyes are on its development team to see how they will pull off a historic moment in the crypto space.

As DeFi Booms, Ethereum scalability is being pushed to its limit. The team first planned to launch the first phase of Eth 2.0 before its’ birthday, but it has been delayed several. 23-year-old Co-founder Vitalik Buterin is highly confident that ETH 2.0 will still launch in 2020.

Ethereum recently hit its highest price since February and within the same week, the asset has climbed past several resistance levels to its current price of above $356.

After the successful launch of Beacon Chain, ETH will likely set the bar for top competing projects like Cardano, EOS, and TRON.