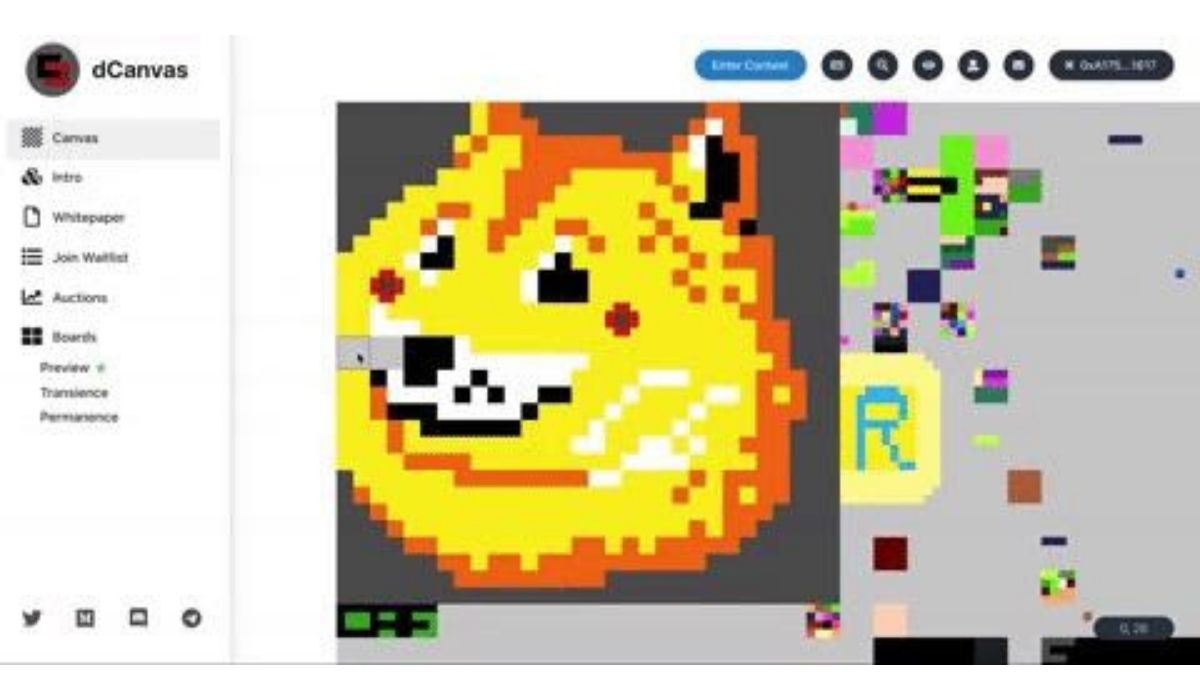 dCanvas, a decentralized collaborative art project, has announced that the public can now access part of its NFT artworks. According to the firm, it will be allocating up to 256 public release NFTs in its community pixel board.

According to the dCanvas whitepaper, current-day NFTs are only scratching the surface of their full potential. As a result, the firm aims to explore the full potentials of the NFT industry on the Ethereum blockchain.

“A limited allocation of 256 public release NFTs will be made available to users on May 6, 2021. Every NFT consists of 16 pixels which can be filled in with the owner’s artistic vision. It is the second time dCanvas opens NFTs for sale and allocation to the public. Previously, 1024 NFTs were made accessible, all of which were sold out in less than 5 days. With a much smaller sample size to go around this time, time is of the essence for those who want to get in on the action,” dCanvas noted in a press release.

The firm is branding the NFT market as an industry with profit potentials, particularly for artwork collectors. Some of the notable benefits accrued from the NFT artwork include and are not limited to the fact that the owner is the only one who can set the colors of the 16 pixels in their block. Additionally, the owner gains access to a DAO that governs royalties from future NFT-minted art pieces commissioned based on the overall picture of dCanvas. Moreover, the owner truly possesses that block, so they are free to change pixel colors at any time or re-auction it.

dCanvas prides itself as the world’s largest NFT collaborative art project that has now ventured into the public market. Reportedly, the company has distributed NFT worth approximately $500,000 to various private investors. Some of the notable private investors and brands include Leia from Unic.ly, Kyle from NeptuneDAO, Joyce from Global Coin Research, and Queen Mei the number one NFT collector on Quidd.

Notably, dCanvas partnered with NFT marketplace OpenSea to enable the public to access its NFT artworks. The partnership was strategic in order to minimize the transaction fees for the customer, owing to the fact that the Ethereum network has been experiencing high gas fees (gwei) due to network congestion.

The company further noted that the NFT owners can create a public profile to showcase their artwork and also be able to communicate with one another.