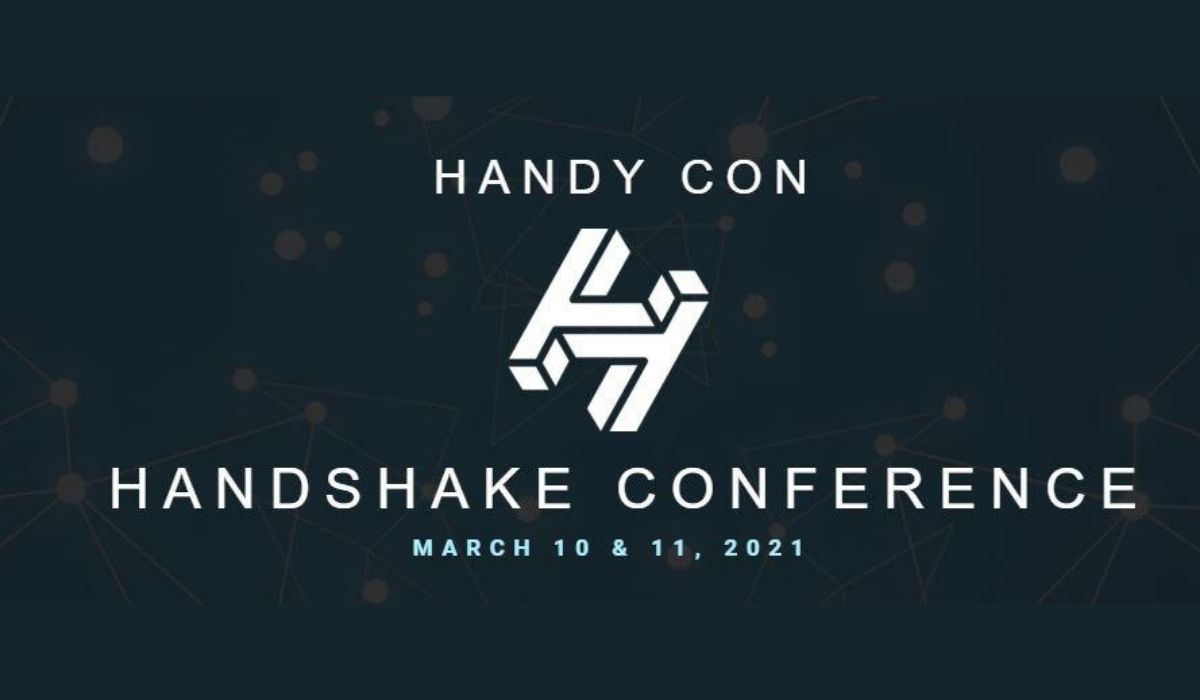 Handycon, a Handshake conference presented by the dWeb foundation, has been scheduled for March 10 and 11. Notably, over 36 speakers led by Jehan Chu the founder of Kenetic Capital, and Vinny Lingham the Co-founder and CEO of Civic.com are set to present during the conference.

Jehan Chu, founder, Kenetic, and co-director of the dWeb Foundation noted during the press release that Web3 is the primary focus for the entire Handshake and the dWeb foundation. “Handshake is the original doorway to the Web3 world, and is a critical pillar of our decentralized future. The newly formed dWeb Foundation supporting Handshake development is proud to present HandyCon, the first Handshake conference to bring together the Handshake community on a global scale.”

For clarity purposes, Handshake protocol is a decentralized and permissionless platform aimed at developing an alternative certificate authority and naming system that is used for root Domain Name Server (DNS). The Handshake protocol has a native token, the Handshake Coin (HNS), that was trading around $0.277939 according to CoinGecko.

Notably, the Handshake Coin (HNS) has a circulating supply of 360,247,100 HNS out of 2.04 billion units. The asset is up approximately 92% in the past 30 days, besides 7.1% in the past 24-hours. The Handshake protocol is backed by notable firms including a16z, Sequoia, Founder’s Fund, Polychain and Kenetic,

Blockchain technology coupled with artificial intelligence is set to accelerate Web 3.0 adoption and development. Full-stack developers and tech-related CEOs are set to speak further on the topic, thus giving the audience an opportunity to learn from the best.

On the other hand, dWeb foundation is a nonprofit organization that is headquartered in Singapore. Notably, the organization is dedicated to supporting development, education, grantmaking, and integration for the Handshake ecosystem. The dWeb foundation was formed by the Handshake community all in a bid to support a decentralized internet. In less than two days to the Handycon conference, anyone can register to attend the virtual sessions.