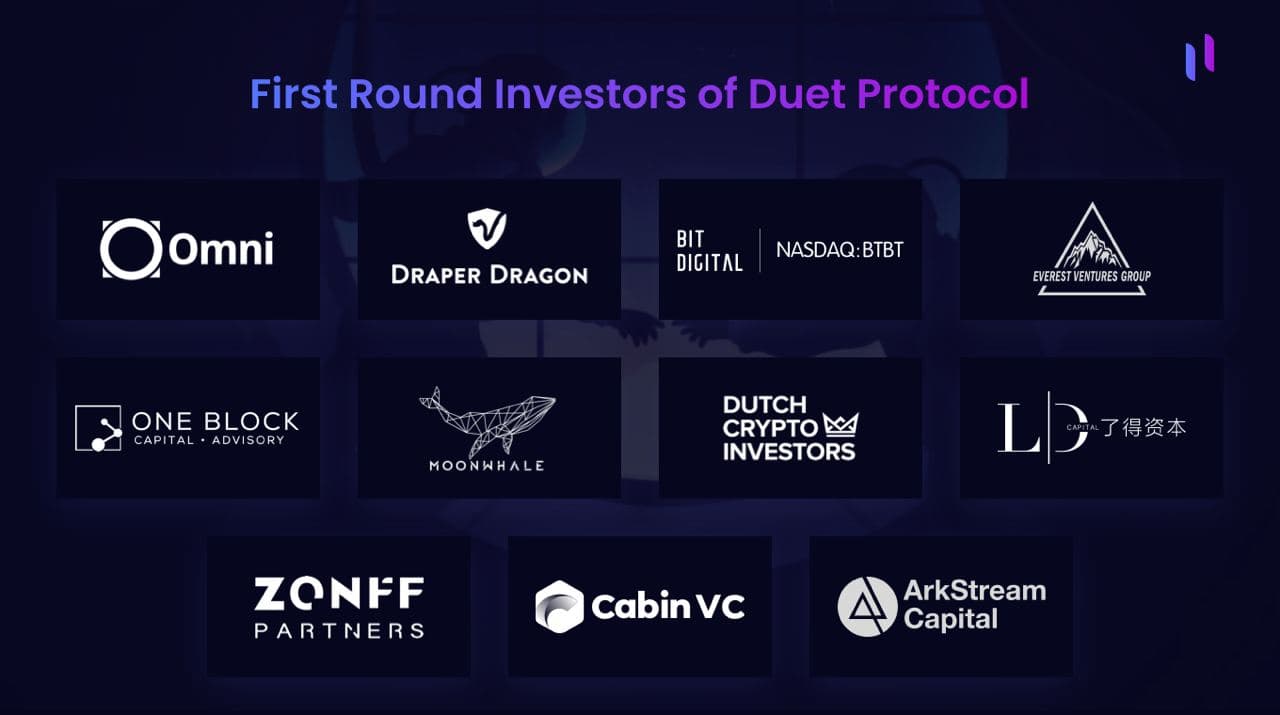 Duet Protocol, a synthetic asset protocol that enables traditional stock assets to migrate to high-growth crypto assets, announced the close of its first round of funding with $3 million from notable and strategic investors.

According to the firm, some of the investors in the just-concluded round of funding with $3 million have successfully ventured into the cryptocurrency market whilst among them, one is publicly traded. The investors include, DraperDragon, BIT Digital Inc（NASDAQ：BTBT)，Everest Ventures Group, OmniLAB, One Block Capital, Dutch Crypto Investors, LD Capital, Zonff Partners, Cabin VC, ArkStream Capital, and Moonwhale Ventures. Additionally, individual investors included the partners of A&T Capital.

Duet Protocol was envisioned to bridge the gap between the traditional stock market and the cryptocurrency market through the decentralized financial ecosystem (Defi). The platform promises to deliver exceptional results fur much user friendly in comparison to what is already offered by FTX and Binance. The platform was designed without entry barriers, procedures cost, or single spot risk.

Additionally, the platform is said to be exceptional due to the fact that its system enables multiple collaterals with separated CDPs that reduces minters’ risk and raises scalability.

Duet protocol was designed with interoperability in mind to ensure no one is locked out of the traditional stock market through the cryptocurrency industry. “Duet accepts various types of synthetic assets and embraces wider ecosystems, and supports Ethereum, BSC, and other EVM compatible blockchains,” the firm noted in a press release.

Another unique design of the Duet protocol is its ability to provide transferable dAssets that can be leveraged in other DeFi protocols. This is a huge milestone that will enable investment diversity on its platform, particularly for its traditional stock market customers.

However, there is still a long way to go according to the company, thus the need for more funding in the future. The platform is facing several challenges in the market including promoting minting incentives, increasing asset liquidity, and optimizing capital efficiency.

The team behind Duet protocol is, however, determined to deliver more with the funds already secured. Other improvements made by the team on the protocol include the availability of a wide range of asset acceptance. Additionally, the platform has developed its native coin dubbed DUET token. Notably, the Duet protocol is built on top of the Ethereum network, but the team plans to introduce its network to different ecosystems in the future.