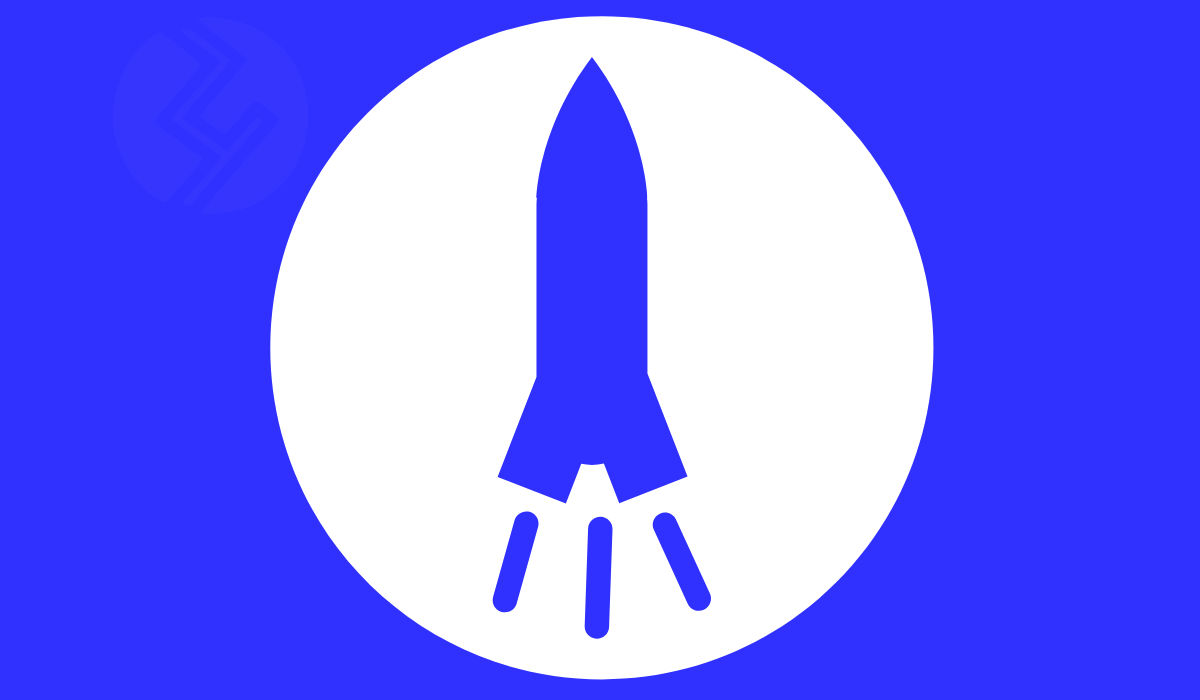 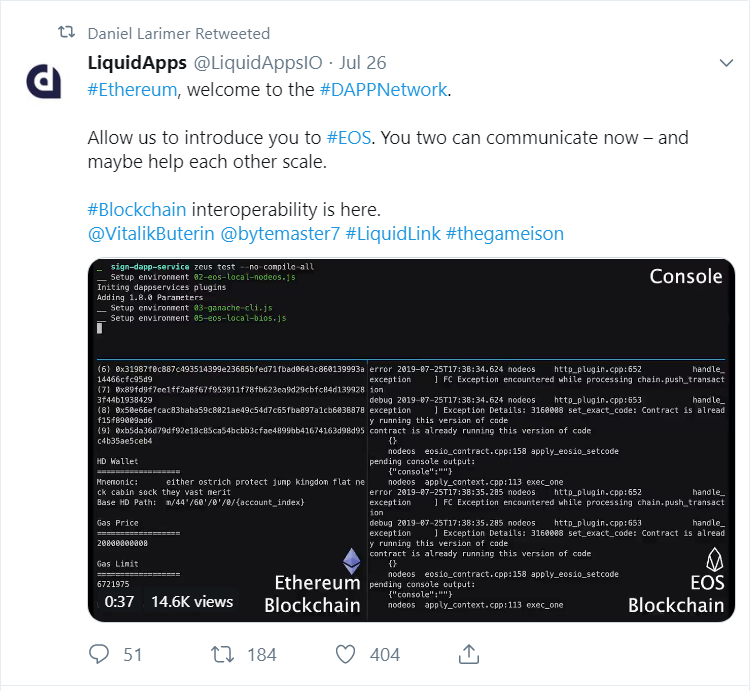 In other words, by connecting these two high performing blockchains, LiquidApps aims to enable both scalability and improved communications.

This announcement means that future decentralized application developers on either blockchain, now have the potential to utilize powerful features, unique to each blockchain, creating a best of both worlds approach to DApp development.

The company self-describes as fully decentralized. This is important because it maintains the security and ultimately the integrity of both blockchain platforms.

Previous interoperability solutions require their own blockchain for functionality. LiquidLink took a different route altogether. The company sits on both EOS and Ethereum’s base-layer blockchains, acting as a bridge of sorts to enable the trustless passage of information and operational capacity.

This is thrilling news for developers, as both blockchains offer proprietary features and functionality that are completely unavailable elsewhere. EOS, for example, operates under extraordinary processing standards. Using a unique concept called Block Producers, decentralized bodies that act as governing agents for the network, traditional consensus mechanisms such as proof-of-work (PoW) or even proof-of-stake (PoS) are rendered unnecessary.

“You can almost view the Block Producers like the DJ’s of the radio station. They’re deciding what goes on the air and which callers to take.”

Also included in the LiquidLink release tweet was a short video detailing the new application’s functionality for potential users. And, according to LiquidApps CEO Beni Hakak:

“The capacity to move value and data seamlessly across blockchains will enable each chain to focus on their core competencies and connect together to form multi-chain applications. These will boost the value of both individual networks and an integrated ecosystem as a whole. The game is on. We can start playing.”

The value of such an offering is undeniable for developers and blockchain consumers alike. With the ongoing scalability struggles of Ethereum, including cost, transactional capacity, and network speed, utilizing EOS to elicit faster and more cost efficient transactions is a no-brainer if the option exists.

Because EOS simply cannot measure up to the sheer technical operability of Ethereum, potential EOS users who have until now been thwarted by the limitations of EOS can take advantage of the benefits of both platforms. Other issues with EOS include as well as its notable lack of decentralization. And of course, EOS cannot measure up to the smart contract potential of Ethereum.

LiquidLinks is the latest innovation from LiquidApps. The LiquidApps parent company has also delivered web oracle provider LiquidOracles, a trustless external data sourcing service for EOS developers and their applications. Its original product, the DAPP Network, is powered by the DAPP native token.

The company was founded by experts in blockchain technology, finance, and security standards adoption. According to the company’s whitepaper, the goal is to “promote mass scale adoption of decentralized applications (dApps), by introducing a set of technical solutions that make developing on blockchains substantially easier & affordable: the “D​APP Network.​”

In other words, the entire DAPP Network is a second layer solution that is completely decentralized and available for use across any number of blockchains, making developer’s jobs easier by linking operability and solutions.

This latest release, LiquidLinks, is the most powerful service offering to date, and promises to transform the DApp development process across the entire blockchain technology industry.