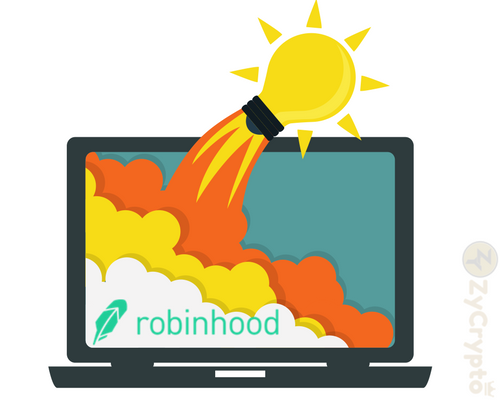 Bitcoin and ether, the world’s most popular digital currency is only allowed to be traded by investors in the Robinhood app, but at the same time the app also lets the investors monitor the prices of around fourteen digital currencies
The other digital currencies that could be tracked through the Robinhood app includes bitcoin cash, XRP, ethereum classic, litecoin, zcash, monero, bitcoin gold and dogecoin, the meme-turned-cryptocurrency.
The shifts in digital currencies have been always monitored by the traditional investors through media over the past year. Robinhood plans to change this. The app industry launched the cryptocurrency trading and tracking app with an objective of exposing this new industry to a larger potential audience of investors.

A zero-commission trading service has been offered to its customers by the Robinhood app according to their website. “We reached 4 million users and well over $100 billion in transaction on our brokerage platform, leading to over $1 billion in commissions saved in equity trades,” the company revealed in a statement. “With the release of Robinhood Crypto, we’re continuing our mission of making the financial system work for everyone, not just the wealthy.”
The developers have announced the launch of Robinhood feed apart from the Cryptocurrency trading platform within the Robinhood app. Robinhood feed would be a social media platform where the investors can discuss on cryptocurrency and see stories and news which will be updated in real time. The feed has not yet been launched to the broader app, it is only available to a particular group of users.