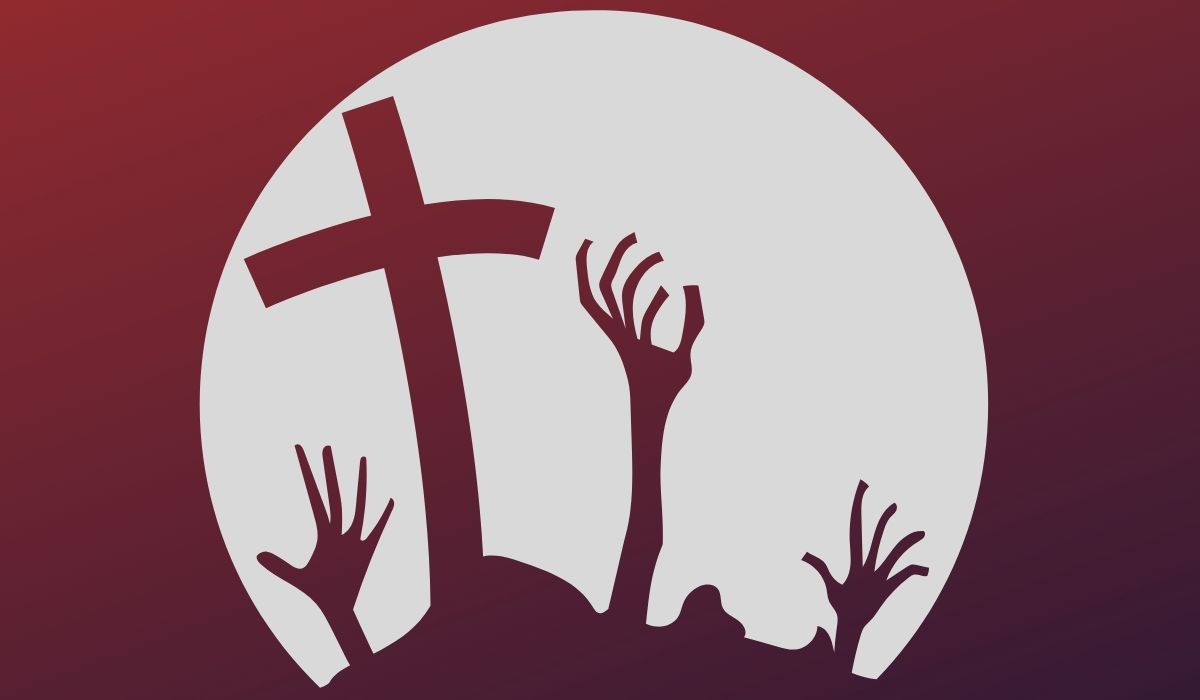 Halloween is a time to celebrate spooky and scary things, but the horror show that transpired last night may have been too frightening for crypto investors to watch – even for a night like Halloween.

While many traders were attending costume parties or taking children trick or treating, danger was lurking on three well-known cryptocurrency trading platforms: Coinbase, Deribit, and BitMEX.

Last night, BitMEX sent around a mass email to its users but failed to hide the recipients of the email, essentially exposing the email addresses of its entire user base. Disgruntled users of the platform quickly took to social media, calling the incident “outrageously incompetent.”

Not only does this put user privacy at risk, potentially raising serious concerns with the GDPR, but it could also make users an easy target for cybercriminals, who now only need to crack a password associated with each user’s email address to potentially gain access to user’s funds.

BitMEX has long been the market leader in the cryptocurrency space, but recent events have caused the platform to spiral out of control.

BitMEX is currently under investigation by the CFTC for allegedly knowingly serving clients outside its jurisdiction, and economist Nouriel Roubini claims that the platform actively counter-trades against its users on a regular basis.

Traders who value their privacy and security may want to pay extra close attention to PrimeXBT. No KYC process or personal data is ever required, and the platform features many layers of added security such as address whitelisting, two-factor authentication, and much more. Moreover, PrimeXBT will move the trading infrastructure to Switzerland soon to ensure user privacy remains a primary focus of the platform.

A trading platform is only as good as its trading engine is reliable. Peak volatility is when traders make the most money, but if a platform is experiencing an outage, or worse, traders can end up suffering substantial financial losses.

This was exactly the case last night on Halloween when a complete horror show took place on derivatives trading platform Deribit and on popular crypto exchange Coinbase.

Coinbase became a household name during the crypto hype bubble and Bitcoin’s meteoric rise to $20,000, but its reputation has since taken a beating. After much controversy last month over the platform raising fees on traders with the least amount of trading volume, Coinbase Pro was also caught up in last night’s nightmarish situation. 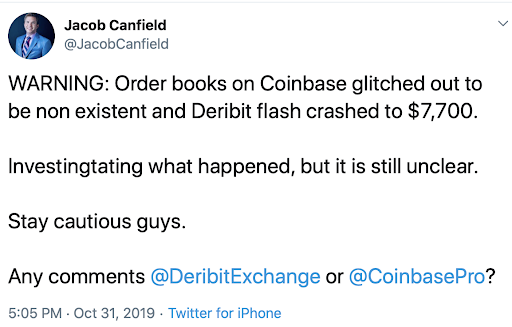 Coinbase Pro’s order books simply disappeared during a flash crash, and the exchange quickly took down its trading platform to get things under control. While the issue wasn’t as disastrous as the Deribit situation, given Coinbase’s longevity in the market, experiencing unexplainable and bizarre issues during a period of high volatility is seriously concerning for traders who require a reliable platform.

On Deribit, the so-called “BitMEX Killer” experienced a flash crash where Bitcoin suddenly dropped from its regular trading price of roughly $9,200 USD to as low as $7,000. When the crypto asset’s price rebounded on the platform, its price reached $15,000 – representing an over $8,000 price swing in one single candle. 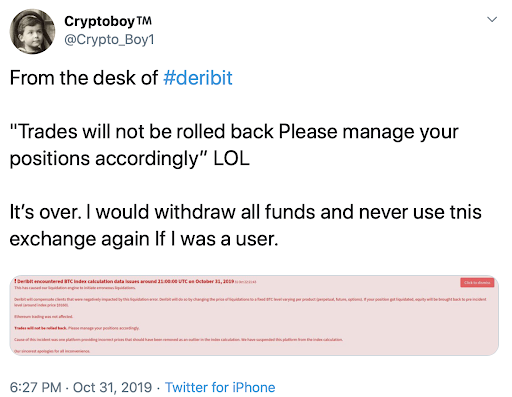 The flash crash and sudden surge liquidated a number of traders, causing widespread upset among the crypto community. Traders were quick to take to social media to voice frustrations with the platform and publicly begged for the platform to roll back the trades involved in the incident.

Making matters worse, Deribit’s first response was to issue a statement that clearly said that the trades involved would not be rolled back and that traders should manage positions “accordingly.” But an $8,000 price swing confined to one platform is rarely something a trader could ever be prepared to face. An uproar followed, forcing Deribit to take action.

Eventually, Deribit attempted to save face and make matters right by finally reimbursing users affected by the issue. But had Deribit not stepped up, the platform’s traders would have been out a collective $1.3 million in assets.

When issues began to plague BitMEX and the CFTC investigation went underway, traders first began to leave the platform for greener pastures. Many of them who later found themselves on Deribit or Coinbase Pro are now penitent.

But all hope is not lost for traders seeking an effective and reliable trading platform. Both Binance and PrimeXBT remained stable during the volatility on Halloween, and offer leverage trading of crypto assets. PrimeXBT ups the ante with the addition of traditional financial assets and a greater focus on user privacy, providing users both with the trading tools they need to be successful, and peace of mind that their information won’t end up in the hands of hackers.

Whichever platform you choose, do extensive research into each platform’s customer service, social footprint, and steps taken to ensure user privacy. These often overlooked features can many times be the most critical advantages a platform can offer, especially when disaster strikes.

This article should not be viewed as an endorsement by ZyCrypto. Readers are urged to do their own research before investing or having anything to do with any company, goods and/or services mentioned in the above article.