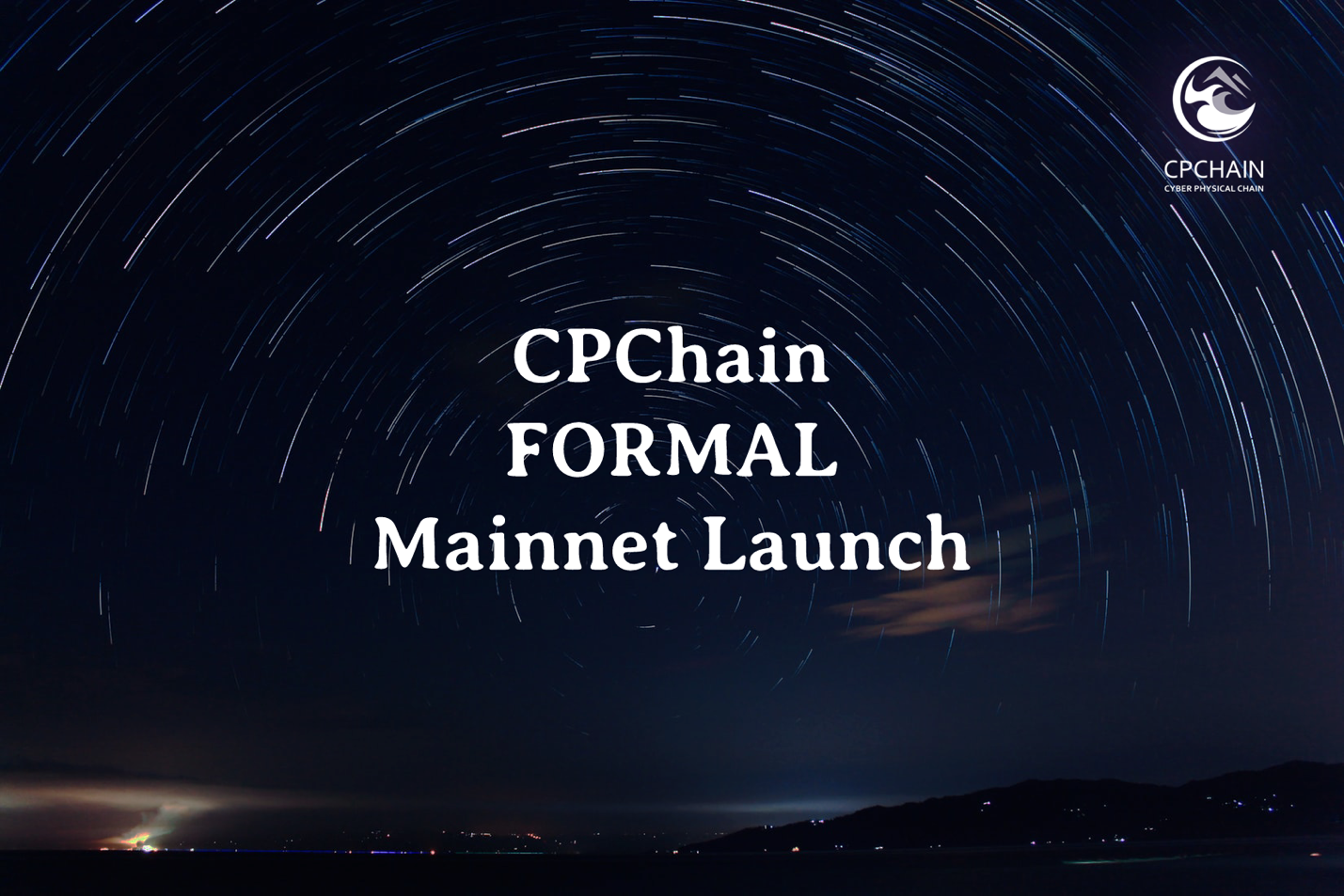 CPChain (Cyber Physical Chain) just launched its mainnet, successfully producing blocks as of 6/27/2019 03:18 AM UTC+8. CPChain ushers in a new and fast solution for real-time data keeping compatible with the Internet of Things, offering an immutable record and fast connectivity to a distributed network.

Currently, data remains more or less isolated, and the Internet of Things or smart devices are serviced by a centralized computing center. This has led to multiple problems, including smart devices, smart homes or locks not working because a single server was down. Or locks that were hacked and opened, because all the data was kept in one place.

The blockchain is never down – and CPChain also has the perfect solution for security, as the distributed data are encrypted in a way where an attack is not feasible. The other issue, the speed of transactions and real-time observation, is also built into the CPChain mainnet solution.

Since its launch, CPChain has kept a block time of 10 seconds, an interval deemed just right for collecting and storing data from smart or connected devices. Additionally, CPChain uses a fast consensus mechanism by connected nodes, which is a form of dynamic proof-of-reputation block creation. Nodes are a more efficient way to reach consensus, in comparison to pure proof-of-work networks, where there is a time lag for data to be distributed and stored among miners.

CPChain aims to be one of the fastest and most secure networks to achieve the tracking of smart devices. So far, a handful of projects have attempted to bring about a fast and secure chain, but they have all faced flaws and glitches. It is the mission of CPChain to achieve the best mix of speed and security, as well as decentralization, through the features of its mainnet.

The mainnet launch also brings closer another milestone, the token swap for CPChain from the Ethereum network to its proprietary blockchain. CPChain is also working on its wallet launch to store the new native assets, expected in August 2019. For more details about token swap, please refer to https://cpchain.io/community/.

The token swap for the holders of ERC-20 tokens will happen initially within the framework of the Spark Program, running between July 1-7, 2019. During that period, the holders of Ethereum-based CPChain tokens will be able to register their balance and request the issue of new tokens. For early swappers, Spark Program will grant a 1.67% interest rate on exchanging the tokens a month earlier.

For those that wait until later, there is always the possibility to swap the tokens through exchanges, or through the upcoming native wallet of CPChain.

The CPChain network will build its support by offering rewards to the owners of nodes in various tiers. Economy nodes will be the entry-level option for staking the CPC tokens, and require 20,000 tokens and a lockdown period of 90 days. The introduction of Economy nodes aims to expand the outreach of the CPChain network.

Additionally, staking 200,000 CPC makes a candidate automatically become an RNode and would have the chance to be selected into the final proposer committee.  The proposer committee is a group of 12 RNodes entitled to produce blocks and receive rewards. CPChain will introduce four “official proposers” and elect eight other RNodes with the right hardware and staked coins to proposer blocks on chain and secure the network. The number of block proposers – 12 in total, is calculated to mitigate the risk of attacks against the network, and to achieve fast consensus while making it difficult for anyone to impersonate nodes.

The entire system of securing blocks works as a Dynamic Proof of Reputation, always shifting the block proposers to avoid the creation of a monopoly. This adds an extra dimension to a traditional proof-of-stake network, which often comes to depend on a stagnant array of block proposers, creating undue influence. CPChain has solved the problem of running a fair, Byzantine fault-tolerant system, while offering a fair distribution of CPC token rewards.

Producing blocks through a limited number of proposers serves to ensure the speed needed to turn CPChain into an IoT network.

CPChain has already worked on partnerships to boost its position in the world of smart devices, IoT data and blockchain. The startup has partnered with BMW China to develop some sort of POC project in the field of Mobility. CPChain is also developing a driving and driver training solution, in cooperation with the National Vehicle Driving Safety Engineering Technology Research Center.

Additionally, CPChain has achieved numerous partnerships with startups in the blockchain sector. The joint project with LTO Network aims to build enterprise-grade transaction capacity. The joint efforts with the ArQit project aim to build a solution resistant to quantum computing. One of the most significant partnerships is with Keystore, the producer of authorization and network security solutions. Keystore also secures the networks of projects like Cosmos, PlatON, WanChain, Ontology, VeChain, IRISNet, Qtum, ChainX, and GXChain.

CPChain will enter a new stage following the mainnet launch. Equipped with a new wallet, and an ecosystem of nodes, CPChain is a must for all blockchain enthusiasts in the coming years.