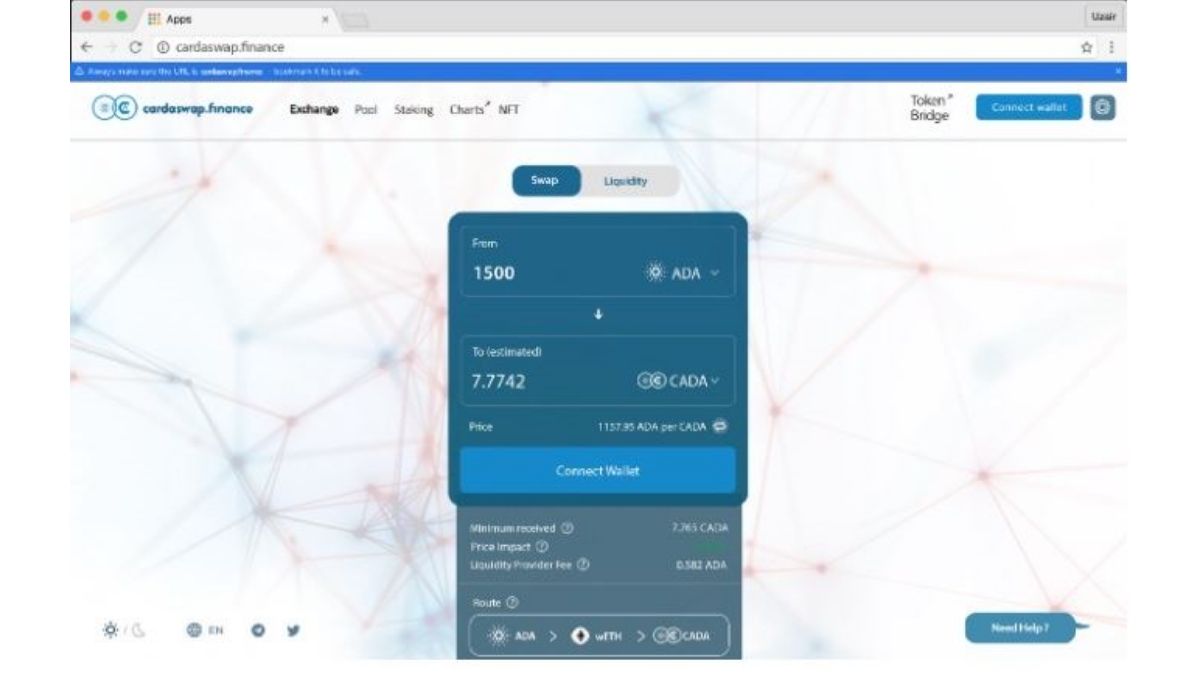 Cardano blockchain with its increasing functionalities and surging recognition and adoption in the crypto space is expected to begin to host exclusive smart contracts on its network, with new innovations diving into the ecosystem.

Cardaswap.finance, a decentralized exchange similar to Ethereum’s Uniswap is on the move to join the Cardano ecosystem as the exchange is set to become the Uniswap of the Cardano blockchain.

Cardaswap has disclosed plans to become the first Decentralised Exchange on the Cardano blockchain after it had launched its AMM exchange after the third quarter of 2021. This would see the exchange become an automated market maker on the Cardano network.

The AMM protocol to be featured by Cardaswap will enable blockchain participants to provide liquidity and Cardano Blockchain Assets in the Liquidity pool for others to exchange their native tokens. Thereafter, it would mandate subscribers to pay a small fee for liquidity, as such, vendors earn their deposit back.

The exchange also revealed that they are working on their NFT Marketplace to be able to provide users with the privilege to be able to mint and trade NFTs on the CardaSwap NFT marketplace by December 2021.

Interestingly, this development will see blockchain users provided with access to the world’s first public NFT marketplace on Cardano Blockchain and Cardapad the first IDO launchpad on Cardano blockchain.

Moreso, the announcement noted that CardaSwap’s integration with the Cardano Blockchain will commence after the successful completion of the Alonzo Hard Fork.