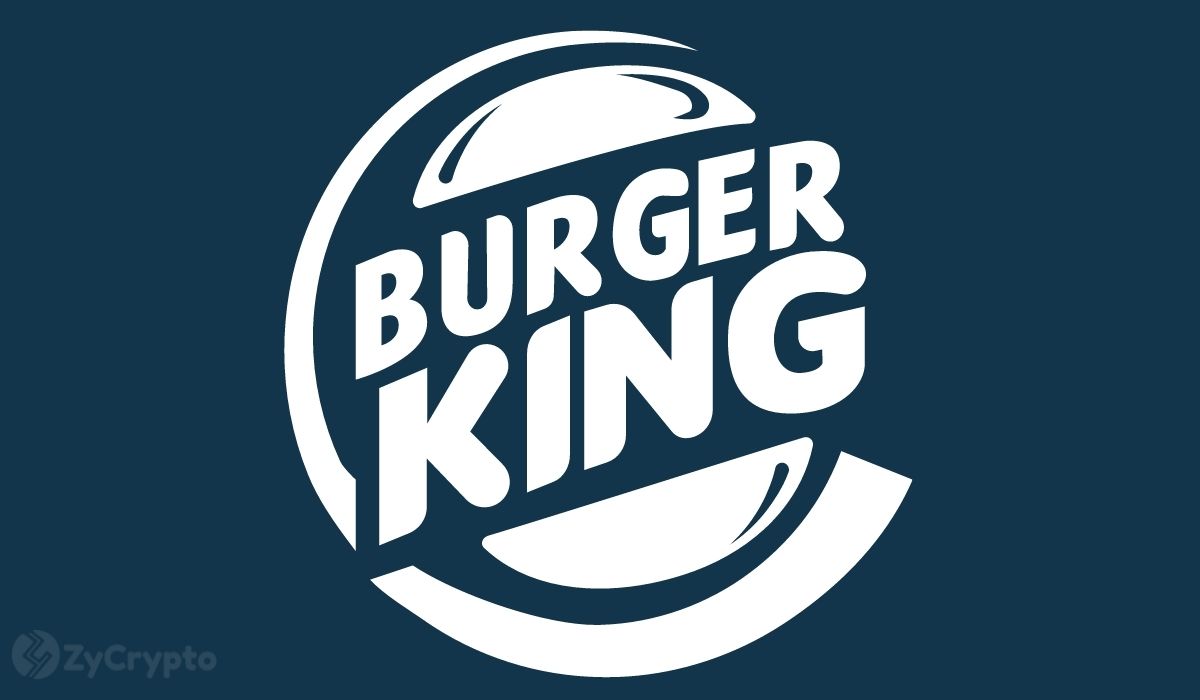 US fast-food giant Burger King will now award its BK Royal Perks customers with Bitcoin, Ether, and Dogecoin for spending more than $5 dollars on its app.

In partnership with popular brokerage firm Robinhood, Burger King has set aside a crypto reward pool of 20 BTC, 200 ETH, and 2 million DOGE. Each customer will be rewarded with one coin from any of the crypto rewards pools, in a promotion that will kick start on Monday, November 1st.

“The primary prizing offered is Dogecoin, a few lucky members could receive a full Ethereum or Bitcoin,” Burger King said.

Lucky customers will be notified via email by Burger King. Robinhood is also expected to sign up more users from this promotion since the reward requires Burger King Customers not only to spend over $5 dollars to qualify but also to open a Robinhood account to claim their coins.

The announcement represents Burger King’s increased interest in cryptocurrencies. In September, Burger King launched its own NFT collection as part of its “Keep It Reel Meals” campaign. Users are incentivized to unlock digital collectibles using QR codes appearing on six million meal boxes. According to Robert Passikoff, Burger King’s president of branding,  Burger King is investing in cryptocurrency as a marketing tactic to attract more customers to Burger King outlets.

Robinhood’s revenue fell by nearly 80% in the third quarter, fueled by the repercussions of the GameStop Stock controversy in early 2021. However, despite many predictions that nullified its continued existence, Robinhood’s venture into the cryptocurrency market has saved it from being blacklisted by stock traders. Now, the firm hopes to capture the momentum of the latest bull run in the crypto market which saw bitcoin attain an all-time new high of $66,930.

Dogecoin Endorsements on The Rise

Tesla and SpaceX CEO Elon Musk, who’s also the world’s most influential supporter of the Dogecoin meme coin, has announced plans to open a new university in Texas, Texas Institute of Technology and Science that will only accept tuition in Dogecoin and offer discounts to students who show up with dog pets.

Following the announcement, Dogecoin added $2 billion to its market cap according to data by TradingView. The meme coin is up 5.42% in the last 24 hours, trading at $0.27, with a market cap of $35 billion, and a 24-hour trading volume of $4 billion at the time of writing.