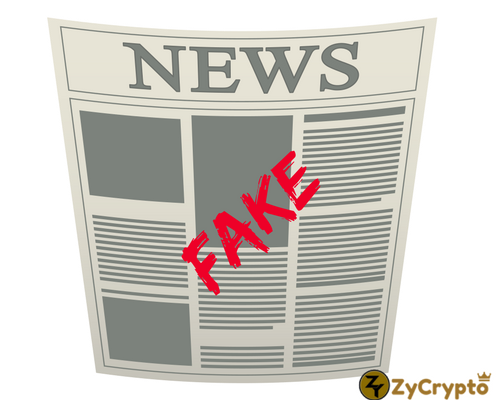 An Australian government site, the Bureau of Meteorology, had a link this week to a Bitcoin fake news story on Elon Musk quitting Tesla to invest in Bitcoin.
The fake news story claimed that Elon Musk was creating a Bitcoin startup and was further quitting Tesla to do so. The story had a fake CNN backdrop to feign legitimacy and further had many links to websites that are known Bitcoin scams. Elon Musk is a well known entrepreneur and creator of Tesla cars. The fake news story was a prime example of click bait in that it combined the elements of authority and surprise to elicit more clicks.
The Bureau of Meteorology quickly suspended the third-party company responsible for it and made a comment saying that the links were unacceptable on a government site. A spokesperson for the Bureau commented:

“It is not acceptable that these ads appeared on the Bureau’s website – they clearly do not meet the Bureau’s or the community’s expectations about the standard of advertising the Bureau would carry.

During this suspension the Bureau will work with the third party to ensure that unacceptable advertising does not appear on the Bureau’s website again”.

Most Australian government websites are funded by taxpayers. The bureau, however, is one of the few sites that include advertising to gain additional revenue. The Australian public, moreover, often expect more from public providers given that their tax paying dollars fund the service.
The Bureau introduced ads in April 2013 after a review into the possible impacts of introducing additional revenue streams. The review included recommendations to not target children with the advertisements. There was no mention, however, of rehashing fake news stories on the platform. The balance between creating revenue and avoiding misleading links can be a fine line.