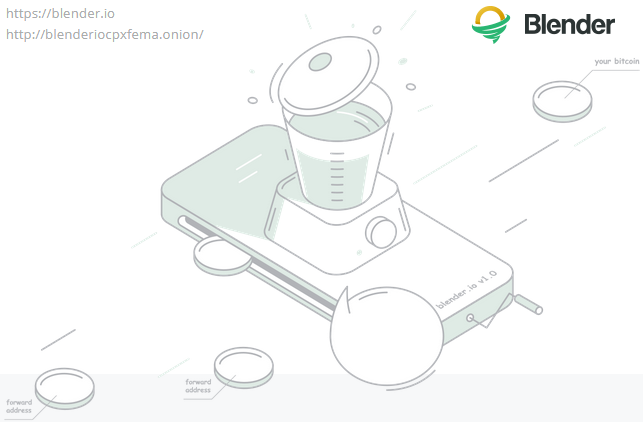 The reason use Blender.io is because of three primary reasons, the first being its user-controlled fee, secondly additional addresses and third its commendable speed of processing transactions.

Although starting with the user-experience, it’s one of the cleanest user interfaces I’ve ever seen, it’s spacious, has all the right buttons at the right places and is easy to understand.
It doesn’t need any registration or any other personal information which is a great privacy-relief. All that’s required compulsorily is the receiver’s Bitcoin address.

Although optionally, it lets you add additional addresses as well, this again is something which gives it somewhat of an edge because unlike other platforms which offer not more than 5 addresses at best, Blender.io offers as many as 8.

The time-delay feature too is present, and has been maxed out, meaning it lets you set as many as 24 time-delays, one for each hour from 1 hour, to 24; while other platforms again do not offer as many delays.

The fee as mentioned earlier is user-controlled, meaning users can decide the amount of fee they wish to pay, although the lowest fee is 0.5% while the highest you can pay is 3%.
Apart from this there’s also a 0.0001BTC fee / additional address that you use, which in my experience is as cheap as it gets with any platform I’ve ever used.

It needs 3 confirmations before your coins are mixed. As for the minimum amount, you need to mix at least 0.01BTC and there’s no specific maximum amount rather it depends on the Bitcoin reserve of Blender.io at the time of your mixing.

It also has the “mixing code” feature which provides you with a code, a kind of proof or link to your sent coins to be mixed, so that the next time you send other coins, you don’t get your own coins sent earlier as the output.

And finally, they’ve a strict No-logs policy, meaning they do not store any logs, for any duration of time which is the ultimate privacy assurance that any of us needs.
Blender.io – protect your security and provide the best service in structure bitcoin mixer.

Should You Accumulate Persystic and Ethereum During The Dip?