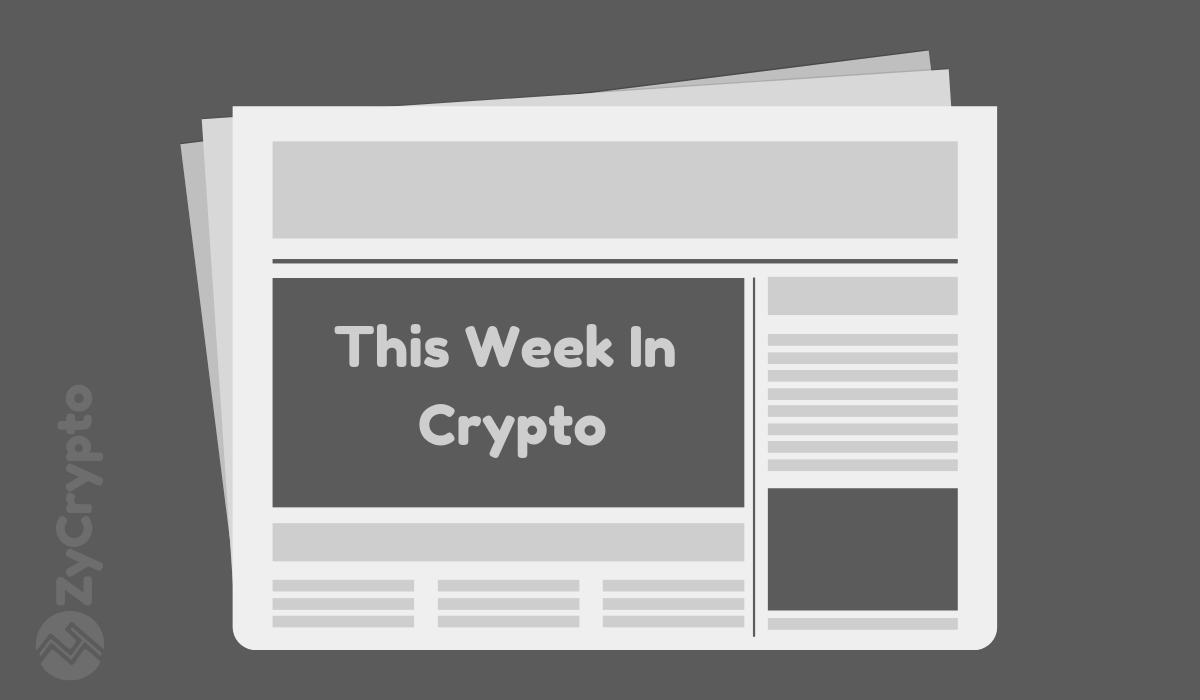 A lot has happened in the industry over the week and like every other week, we have handpicked the best stories and summarised them for you just in case you missed any. Of course, the latest trending buzz is the market recovery in the last 24 hours that has gotten many talking and asking if it is the bull run the industry has been expecting. The following are other intriguing stories you wouldn’t want to miss.

This week, Bitcoin got one of its first price predictions in 2019. Charlie Lee, the founder of Litecoin said the asset will reach $20,000 again in the next 3 years. Lee is known for several accurate predictions in the past including the 2018 crash following the bull run at the end of 2017. In fact, he predicted the crash of his own Litecoin which brought the price down by 90%. If Lee says it, it is likely to come true so if you want to take part in the bull market, you may want to hop on now.

In another price prediction, Ben Ritchie, CEO of Digital Capital Management and Fred Schebesta, HiveEx.com co-founder have said Bitcoin will attain 84% rise before the end of 2019, placing it at a price of $9500. This may be in line with Lee’s prediction which places Bitcoin at $20,000 within the next 3 years. The rise will be slow and steady according to the prediction, but we will get there.

CEO of Twitter Jack Dorsey has been speaking concerning Lightning Network and how it has become a great option for payments. Asked by one of his followers about cryptocurrency holding, Dorsey said he only holds Bitcoin among all cryptocurrencies. Although he didn’t reveal how much he has, Dorsey later revealed his choice for Bitcoin is because it is resilient, principled native to internet ideals and a great brand.

The subject of ETF approval by the U.S SEC has been much debated. While many expected approval at least for one of the applications submitted last year, there have been several postponements and it has become doubtful if any ETF will be approved any time soon. However, hope was re-ignited when the SEC published a solicitation for information on common blockchains to facilitate the ETF process. Further, a SEC commissioner Robert J. Jackson Jr. recently hinted that the SEC will approve ETF applications eventually. The crypto community can, therefore, look forward to an approval in the coming months, hopefully.

Also concerning an ETF, CEO of Binance Changpeng “CZ” Zhao said that the cryptocurrency industry will grow with or without an ETF. CZ’s position is contrary to what many experts in the industry believe as they think an ETF is what will move the industry out of the current quagmire to the promised land. CZ believes wide adoption of blockchain is all that is required to grow the industry and take it to the expected heights.

In a Twitter poll involving four cryptocurrencies Holo (HOT), Tron (TRX), Ripple (XRP) and Monero (XMR), 79% of 1,833 respondents said XRP will see the highest gains, followed by HOT, TRX and XMR in that order. Many in the crypto community may dispute the result though because many believe XRP has been pumped and will soon be dumped. See the full story here.

SBI to bring XRP, other assets to 23 million clients

Japanese financial giant SBI is set to launch its new cryptocurrency exchange VCTRADE, according to an announcement on the companies website. Being a Ripple partner, SBI has indicated it intends to bring many more customers to Ripple and other cryptocurrencies. Japan has been a very crypto friendly country which makes it likely that this launch will significantly promote cryptocurrencies as promised.

Also speaking of expansion, XRP payments has reportedly launched in thousands of stores around the world. This has created the need for new staff as Ripple strives to keep up with the growing customer base. The increase came when cryptocurrency payment processor CoinGate started supporting XRP, bringing it in touch with 4500 stores around the world which will henceforth use XRP to pay for goods and services.

The vocal Tron CEO Justin Sun within the week said BitTorrent Speed is a game-changing blockchain based application. Sun said the application will reward BitTorrent users with the token BTT while allowing sharing of files and bandwidth with friends and requires no computers to process transactions. Sun believes this will change the face of data sharing.

Cryptocurrencies are seeing more adoption as a means of payment. Binance CEO Zhangpeng Zhao said Amazon, a leading online retailer will soon launch its own cryptocurrency to be used for payments. This according to Zhao will encourage the use of cryptocurrency for payments and will make for easier access to Amazon’s products.

There something fishy going on with Quadrigacx

Zhao has also said concerning the Canadian exchange that lost its founder and CEO recently that something fishy must be going on. He said this during an AMA during which he was asked what he thought about the Quadrigacx story. The full story is here.

Co-owner Of Bitcointalk and Bitcoin.org says Roger Ver will soon Return to Bitcoin

Co-owner of Bitcointalk and Bitcoin.org has said in a Twitter post that Roger Ver, owner, and CEO of the Bitcoin.com website will soon return as a Bitcoiner as BCH is dying very fast. While Ver has been very much opposed to Bitcoin and all that believe in it, Cobra, as he is known on Twitter said he will be “welcomed with open arms” when he returns.

Buterin says projects with high TPS are a “pile of trash”.

Vitalik Buterin, CEO of Ethereum said blockchain projects boasting of high TPS are a pile of trash and centralized projects operating on few computers and not reliable and robust as they claim. He also stressed that a high TPS doesn’t equate to higher security but are rather prone to attack since the network only works with few computers.

Although the cryptocurrency community is looking forward to a bull run for the industry, experts have predicted a bull run for some specific assets including BNB, ETC, ADA, EOS, and TRX in the year. The experts including Jimmy Song, Craig Cobb, Alisa Gus, Fred Schebesta, Co-Pierre Georg, Brendan Markey-Towler, Joseph Raczynski, Ajay Kumar Shrestha, Genson Glier, and Sarah Bergstrand said the listed crypto assets will surge up to 250% before the end of the year.

Also within the week, Abra announced it now supports Ripple’s XRP for use in buying traditional assets. This allows users of the Abra wallet to buy stocks using XRP. Abra has announced support for use of Bitcoin to buy stocks in the week as well, meaning stocks will soon be tokenized to allow for cryptocurrency holders to buy with digital currencies. This is expected to greatly enhance the mainstream adoption of cryptocurrency among investors outside the industry.